Remembering the Queen of Austin Comedy, who died April 6

Lashonda Lester was the funniest person in Austin. She used her voice like a whip. If something was out of joint, Lashonda would be the first to notice, the first to call it out, and her word had the finality of a judgment. 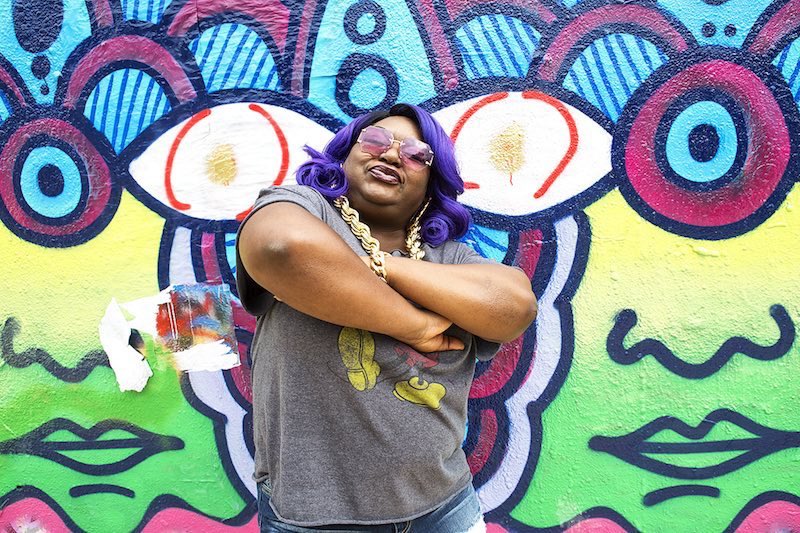 God save the Queen (Photo by Jana Birchum)

Whether she was telling a joke onstage, freely giving sage advice to a friend, or just watching some nonsense go down in the world around her, when Lashonda’s voice cracked that whip, everybody laughed in agreement.

She had a biography that was bigger than life. It was dazzling to see so many disparate parts come together in the whole of an actual human being. This 13-year Austinite who never let you forget she was from Detroit, this former pro wrestling promoter, this pop culture fanatic and music enthusiast, this brassy storyteller who wouldn’t hesitate to drag your brand name through some mud, this gentle soul, this mother and wife and sister and daughter, this budding television star – she was almost too many things at once. She passed away on the brink of stardom, weeks away from taping a Half Hour for Comedy Central, tackling offers of management and representation daily, planning a trip to Los Angeles, putting her first album to bed, and wrapping her head around the inklings of long overdue fame. She was fighting kidney issues and associated health problems, so she would invite comics to come and sit with her at dialysis, a ritual that a good swath of the Austin comedy community took part in. She would hold court from her chair, dispensing common sense while the nurses, who called her Hollywood, checked up on her regularly. She was always the youngest person at the clinic. She was healing. She had problems, but she and her doctors were on top of them. Her death on April 6 was shocking.

One of her beloved pet projects in Austin was a variety show called Weird! True Hollywood Tales, which had a multi-year run at Salvage Vanguard Theater and was in talks to be revived this fall at Spider House Ballroom. In the show, she and a few other performers would talk about bizarre, macabre, and just plain weird things that famous people had gotten up to over the years. She had a particular fascination with Hollywood stars who flamed out and died young. It was an unusual show for a stand-up comedian to tackle: long-form storytelling, with multimedia and heavy research involved, the final biography of each show lasting up to an hour like a university lecture. It was extremely hard work for someone who could have just as easily made money doing a stand-up routine for 45 minutes, but it was a passion project, and Lashonda’s passions were always underlined with hustle.

She didn’t quit on anything. She half-seriously said she was quitting the Funniest Person in Austin contest every year after not winning – she was a finalist in her very first year in Austin, and pretty much every single year after that – but she persisted until finally taking the crown last May. She broke barriers: She was the first woman to win in 16 years and the first African-American to ever get a picture hung in the winner’s hall at Cap City Comedy Club. But more than that, she broke the comedy community’s typically jaded and mixed reaction to the annual contest, which, after all, makes winners and losers. When Lashonda won, there was not even the slightest note of dissent in the air. She was our queen. It seemed right to see her don a crown.

After scattered sessions of grief and commiseration on the day she passed, the comedians of Austin gathered at Mugshots for a memorial of banter and drinking. People ordered her signature drink – rumrunner, “more rum than runner” – and toasted into the night. It’s hard to overstate just how complete the turnout was. We knew of a parallel celebration happening in Los Angeles, where many of Lashonda’s close friends had recently moved. At 10pm, Dana Lester, her beloved husband, came to Mugshots. He recited for us the details of her untimely passing just 19 hours earlier, noting along the way how much she loved the comedy community and drew strength from it. The crowd was silent, respectful – no quips, no bullshit, no wit. We laughed in recognition when he talked about her exuberance, but otherwise we hung on every word. There is no higher tribute from comedians than our undivided, loving attention. As a type, we tend to want the stage, the glory, the microphone. But with Lashonda, there was always a sense that she had claim to the spotlight first. Nobody worked harder, helped more people, or had a voice that could crack like that whip. She was becoming the funniest person in America, and she left the crowd wanting more.

A GoFundMe campaign originally set up to help defray the costs of Lashonda Lester's medical expenses is still accepting donations, which will now go directly to her husband and son. 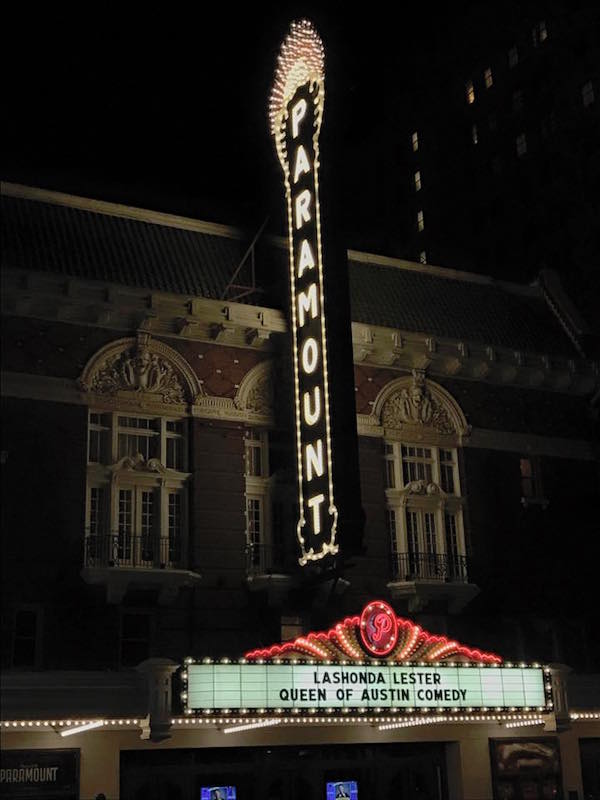 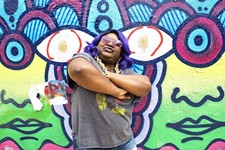