Even in a lineup of stars, Austin’s Lashonda Lester is the one to watch 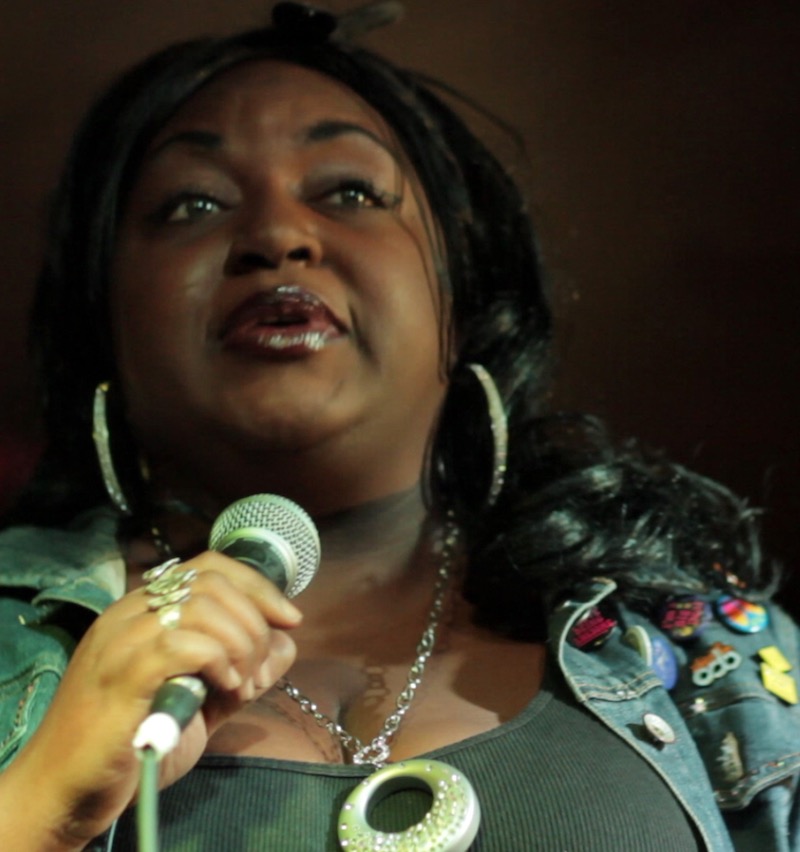 Lashonda Lester's incredible year began last May when she was crowned Funniest Person in Austin, the first African-American to win the contest and first female winner in 16 years. Now, at Sunday's SXSW Comedy major showcase, she’s sharing the stage with Janeane Garofalo, Joe DeRosa, and Shane Mauss – and it’s no big thing.

“I actually find shows like this relaxing,” she tells me as she herself relaxes in a big easy chair. “The stars are the ones who people put the pressure on to kill, and I’m just there to sort of move the show along and keep the smiles on their face.”

The big easy chair is not exactly a cushion of luxury. During this year of comedy highs, Lester has also been dealing with health lows, spending three hours a day, four days a week, on a dialysis machine while she prepares to get a new kidney.

But the health setbacks, which have annoyed her with how much they’ve dominated her personal life, haven’t altered the core brilliance of her act, which rests on her homespun delivery of experience most comedy audiences never live through.

Even though she’s lived in Austin for 13 years, Lester proudly hails from Detroit, and she retains a Detroit attitude onstage, with numerous hysterical and harrowing stories of the struggles she faced in her neighborhood there. She’s also a mother and a show producer in her own right (Weird! True Hollywood Tales, coming back later this year with an all-new venue).

This year, thanks to the FPIA recognition and some other stars aligning, she’s traveled to the Big Sky Festival in Montana (a sort of Sundance for unsigned comics) and the New York City Comedy Festival, appeared on Fox’s Laughs, headlined every room and club in Central Texas, slayed audiences at both the Moontower and Out of Bounds comedy festivals, and recorded her first album for Stand Up! Records, and this spring she’ll be filming something big I can’t specify because it will be announced later this week. She’ll also be performing at the prestigious Bridgetown Comedy Festival in Portland later this year.

SXSW has always been about catching that band just as it's getting signed so you can say you saw it when. In that spirit, so many agents and managers are circling Lester right now that she’s your safest bet at this year’s SXSW Comedy for the one who will be taking off, and you’ll be able to say you saw her first.