Throughout his 60-year career, art was more than a means of self-expression for Ishmael Soto. It was a connection to culture and community, it was a craft to share with students, it was family. That's to say that the passing of Soto on Feb. 27, the day before his 85th birthday, was more than the loss of an artist. It was the loss of a pillar in the Austin arts. When Soto began pursuing his passion for visual art, Latinos had no place of prominence in Austin's mainstream cultural scene, and so he had to forge his own path. In 1944, at the age of 12, Soto was the only Latino taking classes at the Texas School of Fine Arts. Before he was even a student at Austin High, he was working as an apprentice sign painter at the Walter Sign Company. In the Fifties, he enrolled in the University of Texas' still-new art department and received instruction from the forward-thinking Lone Star modernists who had been hired to teach there in the postwar era, artists such as Kelly Fearing, Ralph White, Charles Umlauf, Paul Hatgil, Lauren Mosley, and Connie Forsyth. It was there, in the former army barracks on the west bank of Waller Creek, that Soto truly began making art that was his – the bronze figurines, ceramic dishware, copper abstracted teapots, and more that made up his body of work for the rest of his life – and there that he truly began to be recognized for his art, winning awards in the Texas State Arts and Crafts Show. In 1960, with a BFA from UT and a master's degree from the prestigious Cranbrook Academy of Art in Bloomfield Hills, Mich., Soto built a studio in his hometown and started selling work from it, making him one of the first, if not the very first, Mexican-American Austinite to become a professional visual artist. 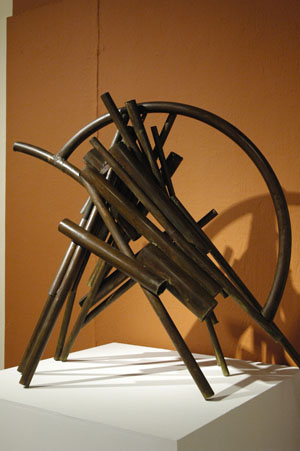 The decade that followed was significant for Soto not only for the flowering of his artistic career, exhibiting across the state and earning a dozen awards and prizes in shows in Austin, Houston, Dallas, San Antonio, and Beaumont, but also for the door that opened to his other calling: teaching. From the private classes conducted in his studio, Soto went on to teach courses at the San Antonio Institute of Art and Laguna Gloria Art Museum (one of the predecessors to the Contemporary Austin), and those led to stints at St. Edward's University and his alma mater, where he was the first Latino artist on the UT art department faculty. In 1986, he landed at Austin Community College's Rio Grande campus, where he served as an adjunct professor of art for 30 years. Perhaps because of the way Soto had had to make his own way as an artist, he allowed his students to do the same, and his encouragement of individual talent and creativity endeared him to them and inspired them. In the obituary for Soto, Stan Irvin, who studied with him and is now Professor Emeritus of the Ceramics Department at St. Edward's, said, "I feel very fortunate to have been his student and to this day consider Ishmael my mentor and model for how to live a creative life." It's a model that appears to have been as influential at home as it was as school, as three of Soto's four children have also made careers as artists: Martha Soto in jewelry, Ishmael H. "Bud" Soto Jr. in clay, and Pablo Roberto Policarpo Soto in glass. 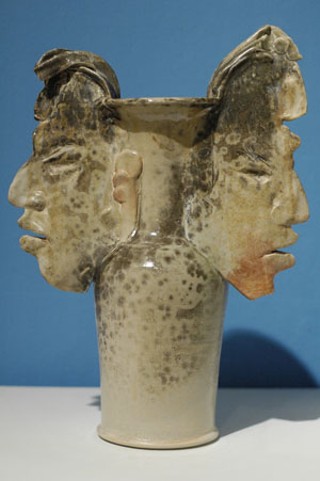 The remarkable body of work that Soto built over his first five decades was showcased by Mexic-Arte Museum in the 2007 retrospective, "Vessels and Inspirations: Ceramic and Sculptural Work of Ishmael Soto." In it was evidence of an artist who could strip forms down to their most basic visual components – a human body, an animal, a teapot distilled to geometric lines, arcs, and angles – while managing to retain the gesture and character of the thing being represented, and that ability remained constant over time. Indeed, his most recent work then was just as vibrant and urgent as the work he'd made as a young artist. He sustained a burning desire to make art. As his ceramic work was consumed by fire in the creative process, Soto was consumed by a fire to create.

The same year of Mexic-Arte's exhibit, the City of Austin designated Jan. 19 "Ishmael Soto Day" for his contributions to education and the arts, and the Austin Critics Table inducted him into the Austin Arts Hall of Fame. In 2014, he was among the recipients of that year's award of excellence from the Emma S. Barrientos Mexican American Cultural Center, and last year, on his retirement, ACC recognized Soto for his three decades of educational excellence. The honors are a testament to both the exceptional drive and endurance of this man's creative spirit and the impact he had on generations of local artists. 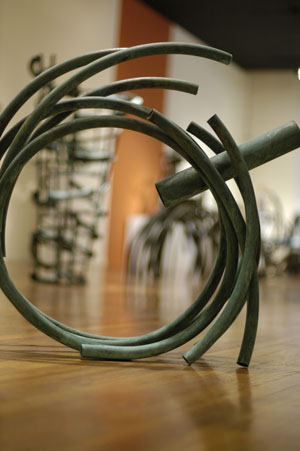 Soto is survived by his wife, Cynthia F. Leigh; his former wives Helen Lopez Soto and Susan Lewis "Finn" Alban; his children Martha Jean Soto, Ishmael H. "Bud" Soto Jr., Pablo Roberto Policarpo Soto, and Cynthia Leigh Soto; five grandchildren; and countless former students, friends, and admirers. A celebration of his life will be held in the spring. In lieu of flowers, the Soto family suggests that donations be made in his memory to Mexic-Arte or the charity of your choice.