The woods can be terrifying – full of mysterious creatures, eerie sounds, and cell service dead zones. But as Curran Nault, founder and artistic director of Austin’s OUTsider Festival, points out, the woods can also be “a stripped-down space for renewal,” an escape from the incessant chatter of social media and the news cycle.

Into the Wilds, the theme of Austin’s third annual international queer arts festival happening February 15-19, embraces this escape and explores wilderness through a queer lens. 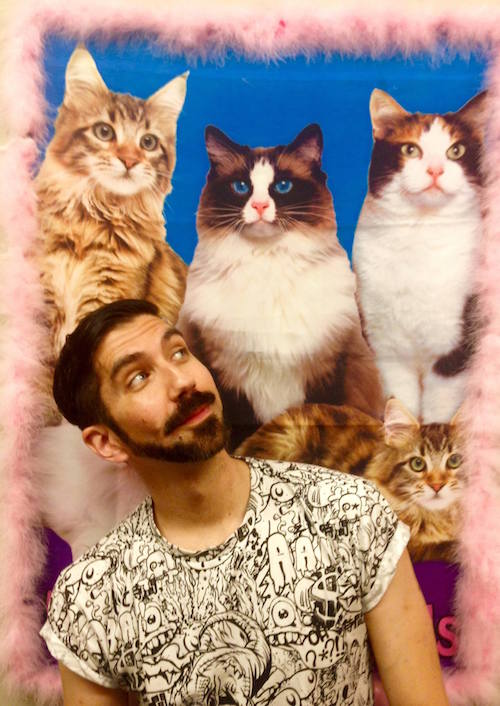 A multimedia, “transarts” festival and conference, OUTsider distinguishes itself by presenting the uncategorizable in an approachable manner.

Nault and the rest of the festival team place a strong emphasis on accessibility and bridging the audience and artist divide. The conference track known as “Conference on the Couch” is an informal and lively affair held in Nault’s own living room, with breakfast tacos devoured with gusto as salon-style conversations occur. And in the expansive yard of the Vortex, a performance venue on Manor Road, attendees are free to engage with artists before and after performances. Such shared space between the community and performers breeds an emotional intensity amongst participants. “Tears are not a weird thing in the festival,” said Nault. “Both in terms of our audience and the artists.”

Program-wise, this year’s offerings are as rich as nature itself, beginning with the opening night fashion show “featuring fabulously festooned creatures of Toronto and Austin,” says Nault. From there, attendees will cross disciplinary borders—theater, storytelling, music, video, film—with a geographically diverse mix of performers. Even as Texas (and federal) politicians are fighting to rid the U.S. of sanctuary cities, OUTsider embraces the #NoBanNoWall idea by adorning its stage with queer Mexican, Muslim, and trans artists.

On Saturday, following an early career retrospective of celebrated trans performance artist Cassils, award-winning Austin theatre artist Rudy Ramirez presents his journey of self-discovery in “Promised Land: A Radical Queer Revival,” and artists Amber Bemak and Nadia Granados explore the increasingly tangled relationships between South and North America in “American Spectral History.” On Sunday, Puerto Rican artists Luis Gabriel Sanabria, José Luis Sanabria, Sebastian Turner, and Olivia Warner screen their short film “Kuniklo,” which depicts a surreal alternate reality with mythical “post-human” creatures thriving in the wilds of Puerto Rico. “In Puerto Rico, we have a very tight-knit and supportive art scene,” Warner explained to the Chronicle. “It’s exciting for us to share with people in a different area, but still feel confidence and support from our queer peers.” That premiere, co-presented by Cine Las Americas, will be followed by another: the latest video from drag trash queen Christeene, directed by PJ Raval, president of OUTsider’s board of directors.

Christeene isn’t the only name at OUTsider that Austinites will find familiar. The schedule will feature Americana band Brand New Key and a Greetings From Queer Mountain storytelling showcase. And the winner of this year’s Legacy Award, presented to an artist who “embodies the best qualities of being a cultural misfit: bold originality, oddball charm, wild disobedience, brilliant misbehavior,” is someone with a long history in the city: Sandy Stone, whose work The Empire Strikes Back is a mainstay of transgender studies. In 1992, Stone joined the University of Texas-Austin faculty in the Radio-Television-Film Department, where she founded the ACTlab, an early academic investigation into the new internet landscape and its possibilities. The lab is now recognized as a major origin for New Media Art. Stone and the 30th anniversary of The Empire Strikes Back are the subjects of Friday’s conference session. 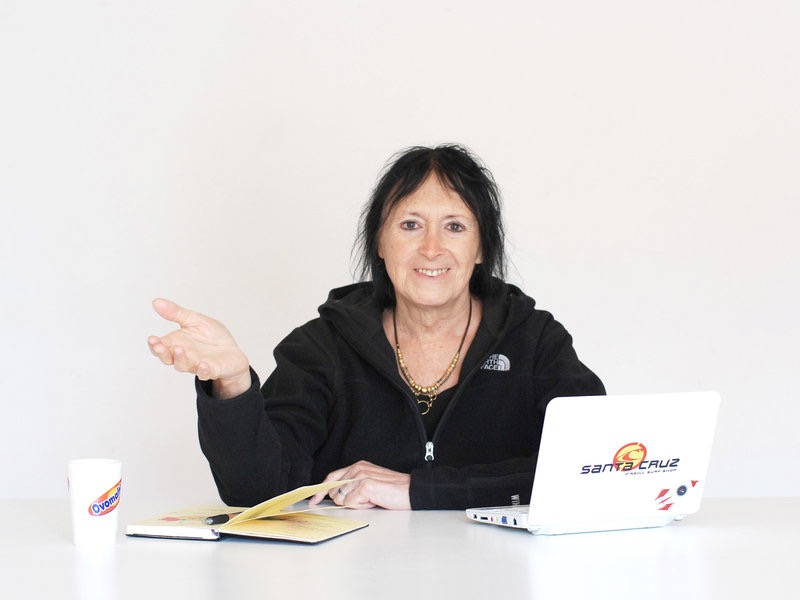 The 2017 festival is an indication of OUTsider’s development. Although it was 100% crowdfunded its first year, the fest has been able to abandon the platform since, thanks to increased cultural funding from the City of Austin. With each year, unlocking additional funding opportunities becomes easier for OUTsider, though the community endeavor still declines corporate sponsorship. The growth is welcome when a safe and vibrant space for queer art is more important than ever. “Space is everything,” Nault says.

OUTsider’s many offerings will help audiences (and performers) realize that “the woods is a space for us all to gather, organize, collaborate, and emerge ready to fight,” Nault explains. Among the most useful may be Witch Crafting with Niki Paul, who labels herself a “witch” proudly. “Witches are healers and today's world needs a whole lot of healing,” she says. The word and the craft align with Paul’s deep commitment to social justice and intersectional feminism. As for her witchy workshop, Paul hopes folks will experience “a couple hours of intimacy with nature and queer community and take with them the physical object they craft to use when they need a bit of queer magic to help ground and protect themselves during these hard times.”

“Nature inspires revolution,” so gather your gear, fill your water bottle, and get out to OUTsider. 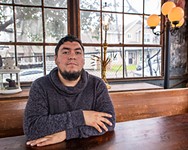 Austin Playwright-Performer Provides a New Kind of Documentation in (Un)Documents
In the award-winning solo show, Jesús I. Valles sits down, alone with family

This Is (Not) the Gayest Show You’ll Ever See: A Review
Queer comics take over Coldtowne on Saturday nights