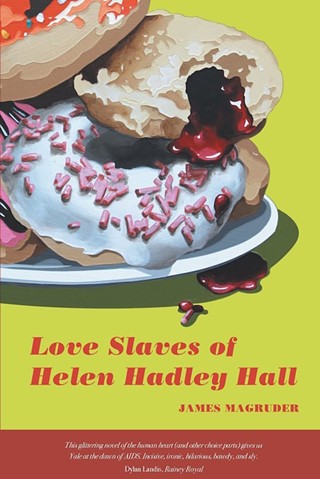 Who is Helen Hadley Hall and how does she attract and retain love slaves, one wonders upon eyeing the book cover, Love Slaves of Helen Hadley Hall? The promise of the carnal “how-to” in the title of James Magruder’s novel is betrayed and replaced by a wickedly funny and achingly insightful novel in its stead.

Helen Hadley is indeed a person, but Hall refers to the dormitory named in her honor on the campus of Yale University. It’s 1983-84, and the dorm is populated with academic elites whose smarts don’t save them from the slavish pull of their libidos' and hearts' desires. The fumbling and urgent foibles of nubile students are observed and recounted with knowing fondness by the tale’s chronicler and the hall’s namesake, the 19th century grande dame of unclear origins.

With the specter of AIDS looming over the barely comprehending residents, they earnestly grapple with desire, sex, shame, academics, art, love, fidelity, friendship, and honor. While few of us can claim the rarified Yale grad school as our alma mater, many of us will likely see ourselves in the inhabitants of the third floor of Hadley Hall. With a mixture of fond nostalgia and deeply embarrassing recognition, readers are invited into the dorm rooms of a young man prayerfully grappling with his attraction to men, a young man who fully embraces his homosexuality to the awe, sorrow, horror, and/or amazement of his dorm mates, a thirtysomething woman boldly striking out academically and socially and sexually with her husband and children light years away, a young woman whose awakening to art is as profound as her awakening to desire, etc., etc. While this is a promising premise for any good storyteller, Magruder lifts it to the level of the exceptional with his razor-sharp language that begs to be read aloud at multiple intervals. There’s many a cringeworthy moment that strikes a familiar chord: the pseudo-sophistication that comes with the introduction of exotic cuisine, the tug of buttons on a blouse that becomes too tight with emotional overeating.

Magruder is a wickedly funny and precise writer; his dorm residents are rendered with the knowing details that inspire in the reader the maternal empathy of the story’s mannered narrator. His keen eye and ear for the urgency and poignancy of passionate young adults is extraordinary. Magruder’s career as a noted translator of French farce is evident in his writing: There’s a lyricism to the wicked wit that makes this novel a deceptively rich read disguised as a coming-of-age sex farce. He has perhaps created a new subset of the drawing room comedy: the dorm room comedy of manners. 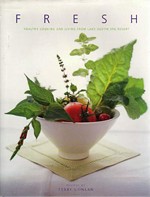