Seasonal scares at the House of Torment 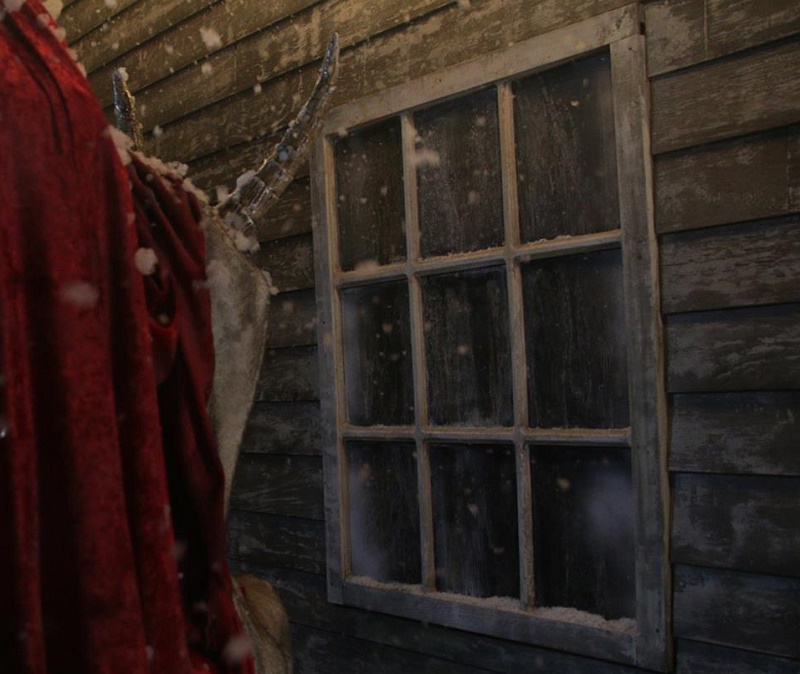 Who's that at the window of the House of Torment? Not Santa, but his whip-wielding friend Krampus.

'Twas the week before Christmas,
And all through the House of Torment,
Not a creature was stirring …
Except for the Krampus, in sinister ascent.

Ah, the Krampus. Old Santa Claus' judgmental counterpart, the naughty to his nice, doling out punishment to sinners instead of treats to the well-behaved. While there may be no snow in Austin for him to leave his cloven footprints in, the season's dark spirit is making a holiday visit to the most suitable abode in Austin, the House of Torment haunted attraction.

A Halloween attraction in the season of giving? Why, how absurd. Not so, says House vice president and longtime resident Jon Love. "We've been aware of the legend of Krampus for many, many years, and that legend is becoming more and more famous in America, so it made sense that a two-day Christmas event would be a good addition to our yearly offerings."

The specters of All Hallows' Eve have been swept away to make room for the Krampus and his polar entourage. Begone, pumpkins! And welcome, candy cane horrors, malevolent ballerinas, toxic sugar plum fairies, an indoor snowstorm, and season's beatings for the wicked. Beware, Love says, "of terrifying elves and some of the ghosts of Christmas past. Santa Claus may have a chain saw. Spoiler alert: Your drunk uncle may be there. Everything will be terrifying like the haunted house, but there's also a story of a Christmas that's coming unraveled."

It's a most fitting end to one of the biggest years in the history of the House of Torment. It all began almost two decades ago, when founder Dan McCullough ran the original haunt as just some fun in his backyard. It grew so large that, in 2002, he went professional, renting a seasonal location. In 2004, the team rented its first permanent location, at the old laser tag space in the Highland Mall parking lot. The local brand went national, with sites under either the House banner or the sinister sibling 13th Floor, in Austin, Chicago, Denver, Phoenix, and San Antonio. Now, with all that industry-leading experience, the House has a new venue in Austin. 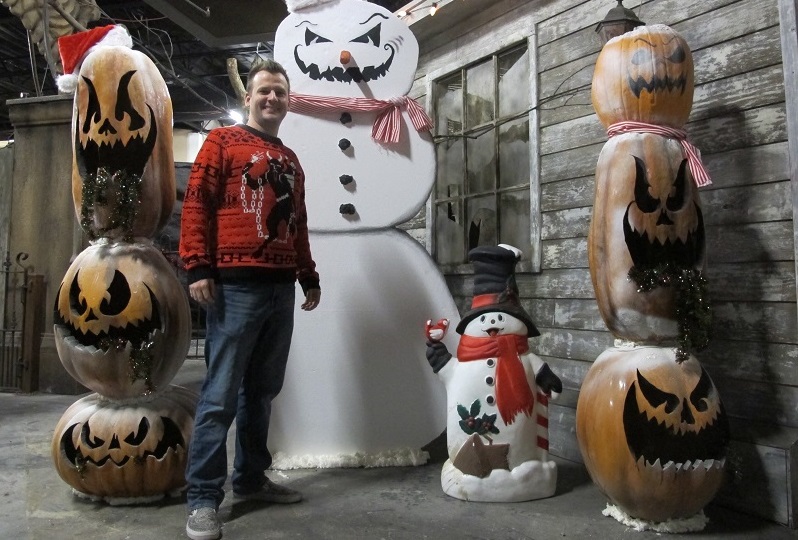 It was a sad and somewhat involuntary goodbye to the old Highland site, as the space is being taken over for the Austin Community College Highland campus expansion. However, while the old location has been exorcised, the new, bigger site at Ridgepoint has given the spirits space to stretch their scaly wings. Love says, "We'd learned a lot about building haunted houses, and I think we've brought it back to Austin in a way that I am really proud of."

Love's peers seemingly agree, as the House was voted the number one haunted attraction in the nation by frightener trade journal HauntWorld and HauntedHouses.com (It's been a long time coming," said Love). The new House's Halloween incarnation contains three different haunts, varying from the theatrically Gothic to visceral thrills. Two of them (the classical Graveside Manor and classic spook show The Frenzy) have been covered in snow, tinsel, and seasonal magic as the realm of the Krampus.

"Our team did a really great job of creating atmosphere," Love says, and part of that came from having a cleaner canvas on which to paint their nightmarish visions. "Highland was a vanilla building in lots and lots of parking. Over at Ridgepoint, there was really no limit on what we could do with the outside of the building."

The same was true of the inside. Bar a few beloved set pieces from the old House and some props scattered here and there to bring a chill and a thrill to the loyal cultists, it's a whole new terrifying experience. The extra space also meant they could add more special events, such as a twisted Valentine's and even escape rooms. Love says, "We've always said we have to ride the razor's edge between Halloween and horror."

And now, their creeping tendrils spread like mistletoe around the season of giving. So wrap up tight, and clutch your stocking even tighter. Because who knows who's coming down the chimney …

More info about the House of Torment at www.houseoftorment.com. Also, find out more about their horror- and spooky-themed escape rooms at www.mindsparkescape.com