Bob Dylan didn't make the trip to Stockholm this week to pick up his Nobel Prize for Literature, but one Southwestern University professor did. David Gaines, a fan and scholar of Dylan's work, couldn't miss the chance to see for himself this once-in-a-lifetime event, and he's sharing his front-row view with the Chronicle.

Here's the report he filed prior to the actual awards ceremony on Dec. 10:

It's Nobel week in Stockholm, which means the numerous events connected to this year's Laureates in the sciences, literature, and peace will culminate on Saturday night at a banquet celebrating their individual geniuses and Alfred Nobel's birthday. Bob Dylan will not be there. But Patti Smith will, singing "A Hard Rain's Gonna Fall" as the Swedish National Symphony plays. A member of the Swedish Academy will read Dylan's address, given that his people have stated that he is honored but unable to attend. I look forward to hearing and then reading his words if not his voice and performance. Disappointment seems fairly widespread – from the Nobel Museum store clerks to the cab drivers in town. Disappointment but not anger. Swedes, or at least the ones who I have seen and talked to, do not seem to get angry. They are chill in more than one way.

I'm here to cover and semi-participate in the events. My semi-participation began Monday night, 24 hours after I arrived, when I watched the premiere of the official SVT (think PBS) documentary on Dylan as literary figure. Sir Christopher Ricks, Professor Emeritus at Boston University and author of Dylan's Visions of Sin, and I were the talking academic heads during the film. I watched with the SVT crew, including the director and cinematographer who had made their way to Southwestern University in Georgetown to get my thoughts on Bob. I trust that their work will make its way to our and many other towns soon.

The afternoon of the premiere, the latest news broke in the two-month long story about why Dylan, what he thought of the Prize, and whether he would attend. After appearing on Al Jazeera television and NPR with Robert Siegel on All Things Considered, I came to Stockholm hoping he might surprise all of us yet again. But that appears not to be the case. I too am disappointed but invoke Jean Renoir's "everyone has their reasons" and trust that he is well. I will be at the equivalent of the red carpet arrivals (my hunch is that the carpet will be blue here) taking iPhotos and then watching on SVT with millions of other Swedes. At dinner Monday night, one of the film crew told me, "It is the most highly viewed single program in Sweden." Imagine that: the Nobels are their Super Bowl.

On Friday, I will be attending a gallery opening of Dylan's latest artwork, where "Rockfotografen" (as the locals say) Ed Finell will speak about his work with Dylan, the Rolling Stones, Led Zeppelin, and David Bowie while we attendees sip champagne and think our Bobthoughts. The next night we will hear the address. From here on out, I'm on high alert for Patti Smith in the cafes and museums. Today I'm heading toward Djurgarden and the Vasa Museum, where I will get to see a 17th century warship dredged from the bottom of the sea. I might even make it to the ABBA museum.

No, Toto, I'm not in Kansas anymore.

For more texture regarding this magical place at this special time of year, visit my music-travel-memoir mashup of a blog for Southwestern.

David Gaines is a professor of English at Southwestern University and the author of In Dylan Town: A Fan's Life. 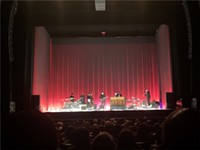 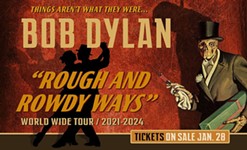 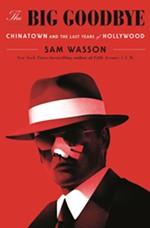 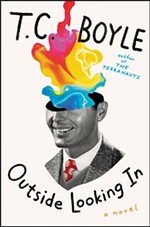