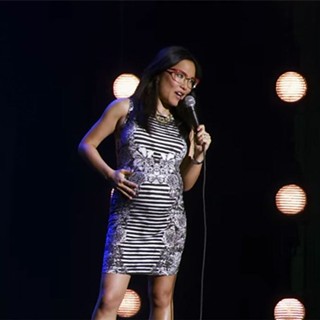 Appears that arctic front didn't just bring our first freezing temperatures of the fall; it also dropped the first list of comedians for the 2017 Moontower Comedy & Oddity Festival. Among the names of the first 50 funny folk booked for the humor fest's sixth edition were headliners Ali Wong, Patton Oswalt, and Ralphie May.

The list shows that the Paramount Theatre and partner Cap City Comedy Club still like to laugh with what brung 'em: Oswalt will be making his second Moontower appearance, and other returnees include Dana Gould, Colin Quinn, Erica Rhodes, Andy Kindler, the Sklar Brothers, Kurt Metzger, and Dom Irrera, among others. Several popular club shows will be back as well, including The Goddamn Comedy Jam; SheBang; New York’s Finest; The Tinkle Twins; local comic showcase Austin Towers; and 7 Minutes in Purgatory, the show in which comedians perform their set in a soundproof booth where they can't see or hear the audience (who watch the cruel spectacle on a live feed).

That said, every year the Moontower bookers also spring some surprises on us, such as Wong, currently enjoying some career heat for her Netflix stand-up special Baby Cobra (taped when she was more than 7 months pregnant) and for her recurring role on the ABC sitcom American Housewife. With May, the surprise is really that it took this long for him to make his Moontower debut; the comic taped his 2008 special Austin-tatious at the Paramount. Today's release indicates that May will be hosting Midnight Mayhem with Ralphie May, a late-night affair "full of surprises."

Podcasts have proven to be a hot commodity at Moontower, and the schedule will see a bumper crop of those. Announced today were:
My Favorite Murder, the iTunes chart-topping podcast by Emmy-winning Karen Kilgariff and Georgia Hardstark that digs up solved and unsolved killings and examines them with a darkly comic eye;
Guys We Fucked, the anti-slut-shaming podcast in which Krystyna Hutchinson and Corinne Fisher interview men they've had sex with;
Kill Tony with Tony Hinchcliffe;
Sklarbro Country with the Sklar Brothers:
About Last Night with Brad Williams and Adam Ray;
The Fighter and the Kid with Brendan Schaub and Bryan Callen;
Bitch Sesh: A Real Housewives Breakdown with Casey Wilson and Danielle Schneider;
The Bonfire with Big Jay Oakerson and Dan Soder; and
Legion of Skanks with Big Jay Oakerson.