This election year brings out the political in Austin's arts

Everyone is talking about the election this year, and when we say everyone, we mean artists, too. This fall, more than at any other time in recent memory, performing arts organizations and presenters are programming material with a decidedly political bent. The offerings range from a sketch comedy show that includes serious interviews with state politicos on issues such as women's health and open carry to an opera about a conspiracy to use brainwashed war heroes to assassinate a presidential candidate to a concert that will decide who's the president of the United States of Classical Music. Here's a roundup of several that you might want to catch before casting your ballot.

Mike Daisey: The Story of the Gun & The Trump Card
Texas Performing Arts brings back master storyteller Mike Daisey (The Agony and Ecstasy of Steve Jobs) with a pair of politically timely shows, one about guns and and one about a certain Republican nominee for president, performed on separate nights.
The Story of the Gun, Wed., Sep. 14; The Trump Card, Thu., Sep. 15. Both shows are at 8pm in the McCullough Theatre, 2375 Robert Dedman. www.texasperformingarts.org.

Over the Lege
This Institution Theater offering combines satirical sketches and real interviews with movers and shakers on Texas’ political scene: Kirk Watson, Wendy Davis, Gina Hinojosa, and more. Each week focuses on a specific topic – women’s health, freedom, guns – with a different guest for each show.
Through Oct. 1, Fri. & Sat., 8pm, at the Institution Theater, 3708 Woodbury. www.theinstitutiontheater.com. Brenda Harris and Matthew Worth in The Manchurian Candidate, from the Minnesota Opera premiere (Photo by Michal Daniel)

The Manchurian Candidate
Richard Condon's creepy thriller of Cold War paranoia, familiar to most from the 1962 film with Laurence Harvey and Angela Lansbury, has been reinvented as an opera by Pulitzer prize-winning composer Kevin Puts (formerly a teacher of composition at UT's Butler School of Music) and librettist Mark Campbell. Just 18 months after its premiere at Minnesota Opera, Austin Opera is giving local audiences the thrill of seeing it. The semi-staged production will be performed one night only.
Sat., Sep. 17, 7:30pm, in Dell Hall at the Long Center, 701 Riverside. www.austinopera.org. 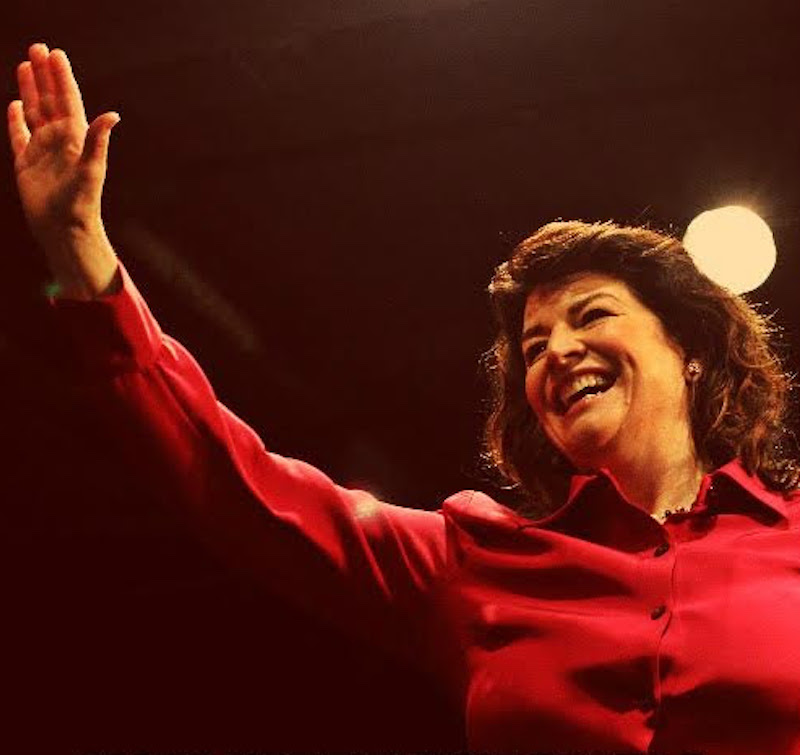 Barbara Chisholm as loose-cannon candidate Penelope Easter in The Totalitarians

The Totalitarians
Theatre En Bloc stages this satirical farce by Bay Area playwright Peter Sinn Nachtrieb (Hunter Gatherers, boom) about an ambitious speechwriter who helps a candidate who's charismatic, witless, and frighteningly familiar (think Alaska, guns, mangled language) win a state race in Nebraska being manipulated by a corporate cabal. (Full disclosure: The candidate is played by this writer's wife, Barbara Chisholm.)
Through Sep. 25, Thu.-Sun,, 8pm, at the Off Center, 2211 Hidalgo. www.theatreenbloc.com. 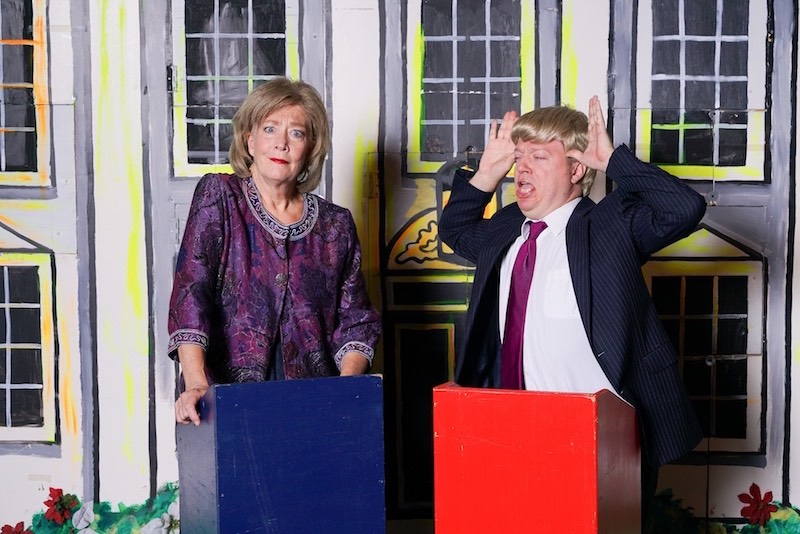 Election Year 2016 (La Follia Style)
La Follia Austin Baroque has set up competing tickets for the top spot in early classical music: Bach and Mozart v. Handel and Haydn. You listen to some of their greatest hits, then cast your ballot for who will be classical’s president and vice-president.
Oct. 8 & 9, Sat., 8pm; Sun., 4pm, at First Presbyterian Church, 8001 Mesa. www.lafollia.org.