Beer Today, Framed Tomorrow: The Art of the Brew Returns 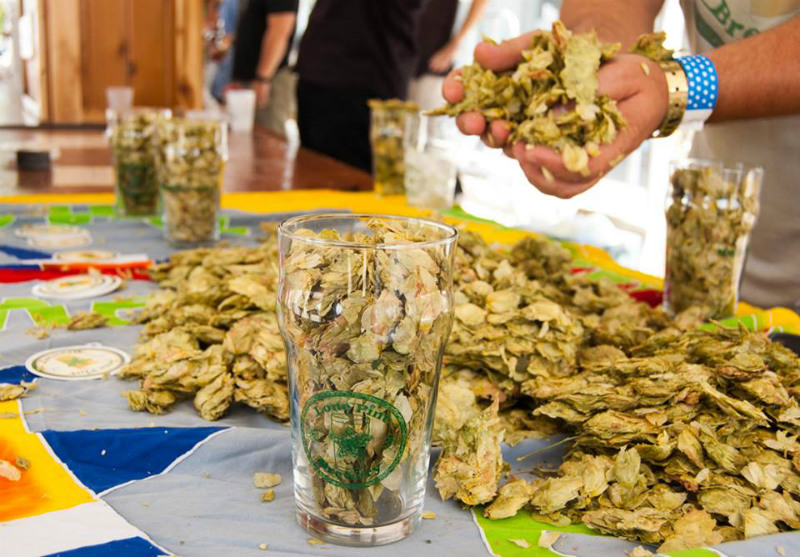 Anybody tells you that making art isn’t hard work, they probably haven’t made enough art themselves. But then, even artists who are kind of what you might call lackadaisical in their, uh, process – even those slackers could use a swig or five of some fine cold brew at the end of a working day.

And you, even when you’re just enjoying whatever art’s been made, you’d likely enjoy such a beverage yourself, right?

Then this Saturday is your reward for nothing else than 1) having been born more than 18 years ago and 2) living in the ATX, citizen.

Because the Art of the Brew is back for its fourth incarnation – you can see all the shiny details right here – and it’s incarnatin’ up so many different kinds of beer and displaying so many different artists and amplifying the righteous fuck out of so many rocking bands that … well, we reckon you’ll be pretty gosh-darned pleased with yourself and life in general. We reckon you’ll be grinning like an art-loving, beer-drinking, music-listening fool throughout the whole thing.

Austin Nelson, the co-founder (with Emily Lowe and Chris Whiteburch) of this tripartite spectacle of goodness, reckons the same thing. Because Independence Brewing Co. and Austin Beerworks and 4th Tap Brewing Co-op and Argus Cidery and Jester King Brewery and Hops & Grain and so on, ad barleyum. But when we approached Nelson about this year’s gig, we didn’t want to get the usual producerly gung-ho rigmarole about how super-awesome everything’s gonna be. No, when we accosted him, recently, we thought it’d be better to play a little journo-style hardball, go all, what, Chase Hoffberger on his ass?

“Listen, Nelson,” we said, frowning like Brad Pitt in Burn After Reading, in that one scene in the car just before John Malkovich punches Pitt right in the face. “Where does it end?” we asked. “How much farther can these craft brewers take their esoteric arts? How many more fermenting gambits and variations can they experiment with before things are totally, like, Beyond Thunderdome?”

“This is the first year that artists have actually collaborated with the brewers,” Nelson told us, unflappable as Bond. “This is the first year they’ve worked together to create one-off beers that’ll only be served at this event. We’re talking white IPAs handcrafted by the artists, lemon-basil-and-rosehip Saisons hand-foraged by artists, and some special firkins with all kinds of fruits and spices. So – where does it end? It doesn’t, man. The Art of the Brew is more collaborative this year than ever before. We hope that, eventually, everything that’s poured at the event is experimental artist collaboration brews. This year kicks off that vision.”

So, we don’t need to pimp this event to you any further, do we? To regale you with its wonders, liquid and otherwise? Because you’ve already clicked on the link, seen what’s in store, made your decision to attend or not, right?

Yeah: See you there, citizen!