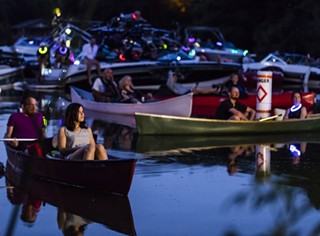 A rope swing over a tranquil, blue lake and ghost stories told into flashlight microphones – these are the memories of a childhood summer camp. A slow-roasted steer, live music, and bird-watching surrounded by 14 acres of sculpture – these will be the memories of Camp Contemporary, an adult camp hosted by the Contemporary Austin in October.

It’s an old philosophical notion that life imitates art – and according to Danielle Nieciag, the Contemporary’s director of institutional advancement, the adult camp is meant to be a physical representation of the museum’s day-to-day educational mission, which teaches kids about art through tour groups and art classes. Funds raised from the one-weekend event will support the Contemporary’s art education programs, which benefit thousands of kids annually. “I’m excited to let adults act like kids for a day, so they understand directly what they’re raising money for and how important what they’re raising money for is – how important it is to give kids exposure to nature and to art,” she says.

The camp will be held at Laguna Gloria, the large campus of the Contemporary that sits on the shores of Lake Austin. Nieciag says that during the camp’s planning stages, the Camp Contemporary team members asked themselves, "What do we have the opportunity to do that other institutions don’t?" The answer was in the acreage – with the museum’s wealth of land to work with, Camp Contemporary could be a large-scale outdoor event with a stage, a feast, boats, and hammocks. Attendees will have the option of a 5-hour camp on the afternoon of Sun., Oct. 16, or an overnight stay in luxury tents beginning on Sat., Oct. 15.

By bringing together fundraising, education, and art, Executive Director Louis Grachos says he hopes that Camp Contemporary will be an enriching experience as well as an entertaining one. “[The Contemporary Austin’s] goal is to expose children and adults to contemporary art in a way that is exciting, fresh, and new, and we think that Camp Contemporary fits in the overarching scope of our thinking about how to grow in our community,” he says.

Nieciag – the mastermind behind the event, according to Grachos – wanted the camp to be aesthetically beautiful while also educational, and to combine the complex beauty of art with the simple beauty of nature via classes with the Contemporary’s art teachers alongside workshops on natural arts, such as herbal remedies. There will also be a fill-in-the-blank type mural that guests can contribute to, which Nieciag hopes to donate to one of the schools that Laguna Gloria serves. “It becomes dominoes – you’re trying to guide this in a way that is really beautiful but is also really engaging to the public, so they show up and it’s this beautiful, curated event that’s also a lot of fun,” Nieciag says.

But as a first-time event, there are still some exciting unknowns. Nieciag is curious to see how people are going to act: Will they channel Bill Murray’s 1979 starring role as Tripper Harrison in the camp film Meatballs? Will they show up in Hawaiian shirts and go jogging in the mornings? She doesn’t know. “I’m excited to see how people react when they’re called campers – there’s an interesting shift when you’re an adult and then suddenly you’re one of 400 people that show up to Laguna Gloria in a school bus and someone says, ‘Hey, camper.’ How does that affect your behavior?” she says.

Bunk-bed dreams aside, the camp always comes back to the museum’s overall mission: to educate children about art and nature. And with Camp Contemporary, Nieciag hopes to mimic and personify this goal for an adult audience. “People can come and have fun for a day or overnight and make art and eat great food and have an amazing experience,” she says. “When they leave, they’ll understand that those experiences directly played into the experiences that we are trying to give thousands of kids as a museum.”

Camp Contemporary will be held Sun., Oct. 16, beginning on Oct. 15 for overnight guests. General day tickets are $250 for the general public and $225 for Contemporary members. 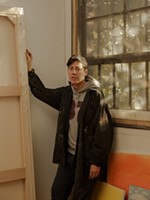 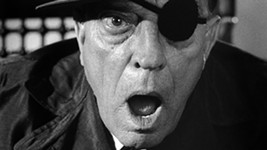