Social justice comedian Negin Farsad’s book, How To Make White People Laugh, will not only have you chortling at well-spun anecdotes about homemade bed-sheet hijabs, college comedy troupes, and wine slushies, but also more serious topics like Islamophobia, sexism, and bigotry. 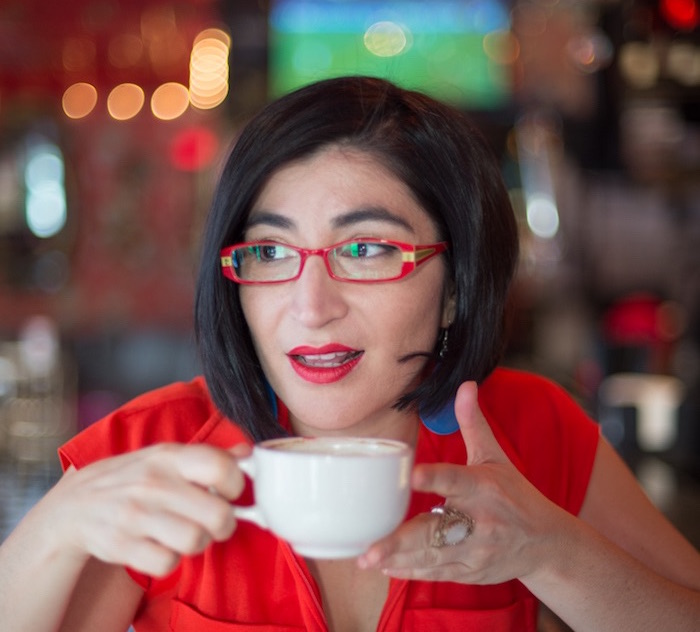 This master humorist tells the story of her life growing up in a post 9/11 world as an Iranian-American in a memoir of essays that is equal parts academic and amusing. Inside of chapters with titles such as “My Lady Parts and My Comedy Parts” and “Bootleg Islam,” Farsad examines her evolution as a woman and an activist. Her narrative is bolstered by statistics, mock graphs, chuckle-worthy footnotes and listicles – all culminating in a set of detailed instructions on how an individual can combat racism.

Jack of all trades, Farsad is also the director and producer of three films, including the documentaries Nerdcore Rising and The Muslims Are Coming! and rom-com 3rd Street Blackout, which is currently playing in select theatres and set for digital release on July 5.

We picked up with her while she was in San Francisco, in desperate need of a nap but looking forward to coming back to Austin on the next stop of her book tour, June 21 at BookPeople. She has both been an eater of brisket and drunk on the streets here – and insists if she ever left New York, it’d be for our beloved city.

Austin Chronicle: What were your motivations behind writing the book? What made you decide to take everything you’d been working on with the comedy routines and the documentaries and put it into a book?

Negin Farsad: I’ve been working in all these different mediums and, you know, there’s something about writing that’s very freeing. There are no rules. With stand-up you have to have a certain jokes-to-minute ratio, the jokes can’t be very long, and then you see it live and it goes away. With movies it’s an extremely collaborative effort. There are hundreds of people involved, and it becomes very complicated with a lot of moving parts. I feel very unbound by medium, and I always thought I would write a book someday. Because the kind of liberation of it felt very exciting – I could have sidebars, I could have footnotes, I could have graphs, I could make up whatever I want [laughs]. I’d say 99.5 percent of the material in the book is all new stuff. I was excited by the boundless nature of writing and how out of all the mediums I’ve worked in, it feels the most directly expressive.

Austin Chronicle: The graphs added a really cool visual element. How did you ensure the visuals you wanted came across right?

Negin Farsad: The illustrations that were hand-drawn, I would say, I want to see a turducken and have arrows pointing at it like, “this is racism, this is sexism, this is bigotry.’” I would communicate what I wanted the picture to be to the illustrator. I’ve been working with this wonderful illustrator Monica Johnson, who’s just brilliant in her own right and has a beautiful, steady hand.

When it came to the graphs, I went to grad school for public policy, and I took statistics courses, and I was a policy analyst for a while for the city of New York at the Campaign Finance Board, so, occasionally – academically or professionally – I would have to make charts and graphs to the point where I just loved making up these ridiculous ones. I would make an ugly, crude one on Excel, and then I would send it to a graphic designer who would make it more beautiful than the thing I was generating.

Austin Chronicle: What about the style of the writing? You use what you call “ten-dollar words” in paragraphs with words like “normsies.” Is that your personality or was it a conscious choice to make the book more accessible?

Negin Farsad: I think every comedian wants to take a concept and make it extremely accessible – that’s like the whole bread and butter of being a stand-up comic. The premise is the punch line, I feel like just as a matter of habit, and I’ve been in comedy for a really long time. I was always trying to take something difficult and boil it down to the essentials. Stylistically, it’s just how I speak, and I think it’s interesting because you might be talking about Angela Merkel or something like that, but like a near analogy with what she’s doing could have something to do with Justin Bieber’s abs and that’s kind of like … how I see the world [laughs]. The popular is popular because it communicates something in a very visceral way. Sometimes it’s necessary to take a page out of the Taylor Swift playbook because she obviously does a great job in reaching millions of people, whereas a Harvard theorist probably isn’t doing as great a job.

Austin Chronicle: In your book you mention really wanting to grab people’s attention and ensure your cause [fighting Islamophobia] sticks with them. How do you get people to make this cause their own and continue to fight for it?

Negin Farsad: I think those 20 minutes of enlightenment at a conference or whatever, there should be a better way we can create a long-tail effect, and I don’t know what that is. What do you do to get people to let this issue live with them for a longer time? How do you get them to check in on this issue? I think from my perspective I just try and, for myself, keep working on these things and keep putting them out. For example, The Muslims Are Coming! is certainly not my last word on Islamophobia. So for me it’s about continuously trickling out media and going into places where people might be, which is why I toggle between different mediums. Finding those people where they are and taking messages into completely unknown or subtle areas. 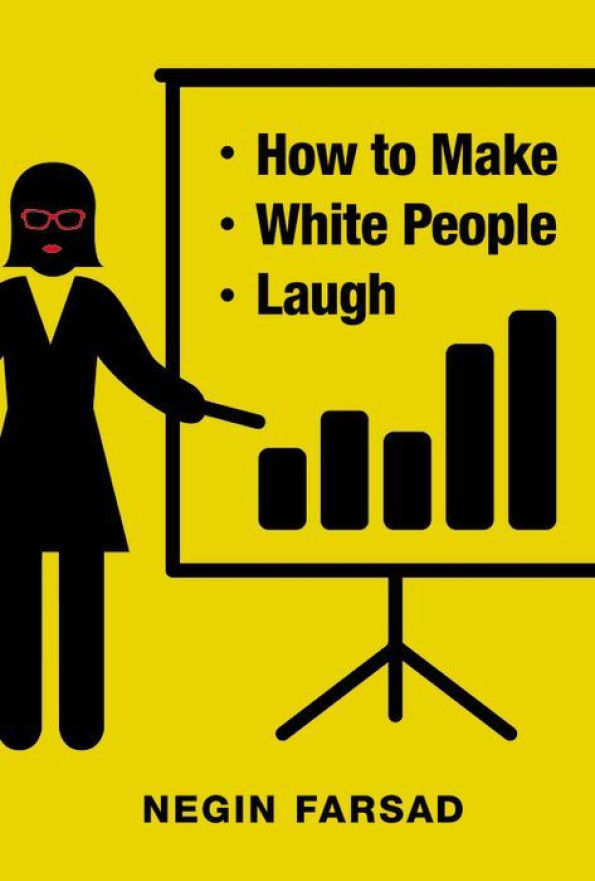 Austin Chronicle: Do you ever reach a point where using humor isn’t enough and you get angry or frustrated? How do you handle such serious topics with a lighthearted, funny tone?

Negin Farsad: Now in light of Orlando, I’m kind of confronted with the exact same question you have right now, which is, comedy feels so ill suited to the gravity of the event. So I think as comedians we have to recognize the time – when the time is right and when the time is wrong. And to be perfectly honest with you, I think there is some sort of serious and dramatic thing I will do in the future. I can picture myself doing that because I don’t want to feel shackled by the fact that I have to address everything comically. But, right now, I think it’s still the most effective way to get to people. A spoonful of sugar makes the medicine go down – it becomes a more effective and efficient way of communicating facts and ideas.

Austin Chronicle: In your book you also discuss the importance of language, using the example “good ally” vs. “person who supports the anti-bigotry cause.” How important is the language used to talk about these things?

Negin Farsad: We’re in a really sensitive time right now, and I mean that in a good and bad way. I think I make a lot of jokes in the book that might just be purely offensive to people, and I have to remind people sometimes that this is satire, and the whole point of the book is that it’s a process by which someone comes to recognize themselves. Because the way we set our structures up, society hasn’t made it simple for someone in an underpopulated ethnic minority to have a voice. I think because I am a woman of color and I am self-aware of triggers and sensitivity that I can say a thing and also disclaim it.

One of the things I talk about in the book is that I hear from people all the time that they get offended when someone goes, “Where are you from?” and I’m like, why is that offensive? Why is wanting to understand what your racial and ethnic background is offensive to you? It’s a wonderful opportunity, because unless we talk about it, we’re not going to get ahead of it. I view all of these conversations, however difficult, as an opportunity. It’s better to know what someone’s thinking than to have them censor themselves because of some misguided notion of cultural sensitivity.

Austin Chronicle: That brings me to the end of the book. It was pretty shocking the way you were so direct in terms of telling people want you want from them from this point forward. Can you tell me a little bit about that choice?

Negin Farsad: I think a lot of media focuses on what the problem is, and I think it’s important to know what the problem is, and it’s important to have awareness about the problem. But we spend very little time on what’s the solution. And I spent relatively little time on what’s the solution but I thought it was really important to have some ideas. I think what’s also really daunting is thinking, “There’s nothing I can do as an individual.” But I feel like there are a lot of things you can do as an individual. I want to make people feel that, and feel like there are options, and there is a role you can play.

Negin Farsad will be at BookPeople June 21, 7pm. Follow her on Twitter @NeginFarsad. You can also find her TED Talk, A Highly Scientific Taxonomy of Haters, online here.

This interview has been edited for length. 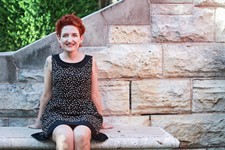 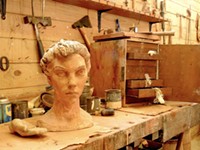 Negin Farsad, How To Make White People Laugh, The Muslims Are Coming, A Highly Scientific Taxonomy of Haters, Summer Reading 2016