Longtime trustee serving as interim leader gets gig for good

If you thought the Long Center's search for a new President/CEO to succeed Jamie Grant would take months as board members screened candidates from across the continent, prepare for a surprise: Just seven weeks after the announcement of Grant's resignation, a permanent successor has been named, and it's the center's Marc Seriff.

Seriff had been tapped as interim President/CEO in early January when Grant informed the board he would be leaving Austin to run the Ordway Center for the Performing Arts in St. Paul, Minn., and the word was that Seriff would manage the facility while "a global search" was undertaken for a permanent chief. But, as Board Chair Patsy Woods Martin explained in a press release announcing Seriff's new status, "as the search committee considered attributes required for the next CEO of the Long Center, it became abundantly clear that Marc Seriff is the best candidate to lead the organization into the future.”

The board certainly wasn't likely to find another candidate as intimately familiar with the facility as Seriff: He served on the board from 2008 to 2015 and only left it to take a staff position as vice president of special projects (a post for which he took the princely salary of $1 a year). He and his wife Carolyn were key in establishing the Greater Austin High School Musical Theatre Awards at the center, and he's served on the committee of adjudicators for the awards. (Full disclosure: This writer has also served on that committee.) Add those qualifications to his leadership bona fides in both the private and public sectors – founding CTO of America Online, co-founder and operator of nonprofit incubator the Seriff Foundation, chair of the Director's Council of the University of Texas Department of Theatre & Dance – and you can see the appeal for the Long Center board.

In the release touting his new permanent leadership role at the center, Seriff credits Grant with putting the Long Center on solid footing financially and giving the organization for the future. So the Chronicle put the question to him: Is his tenure going to be guided by a sense of "If it ain't broke, don't fix it," or does he have specific changes in the organization that he'd like to implement or new directions that he'd like the Long Center to pursue?

"I believe in the vision that Jamie put in place here at the Long Center," Seriff responded, "but there’s a lot of work to be done and directions to be explored to accomplish that vision. The Long Center starts as 'Austin’s creative home' – one of our competitive advantages is that this is where Austin comes to see our extraordinary resident companies perform. [The Long Center's resident companies are: Austin Opera, Austin Symphony Orchestra, Ballet Austin, Austin Shakespeare, Conspirare, Pollyanna Theatre Company, and Tapestry Dance] That won’t change. Starting from that solid base, we work to continuously improve our programming and community engagement including the launch of our new concert series, Skyline Theater at the Long Center later this spring." [The Skyline Theater, a joint effort between theatre booking magnates Nederlander and local event producer Paul Thornton, will serve as a 7,000-capacity outdoor stage that hosts a handful of concerts annually.]

Seriff scarcely had a chance to get business cards printed identifying him as vice president of special projects before being bumped up to President/CEO, butwhat was it that prompted him to take on that first position, and what had he planned to accomplish in it? "I undertook the position as VP, Special Projects to deepen my involvement with the Long Center after over eight years on the board," he says. "The primary goal of the prior position was to bring a somewhat different point of view – that of a donor and patron – to the staff. As part of that, we began to reimagine how the outdoor space at the Long Center could be better utilized. While I didn’t envision the turn events would take when I undertook that role, it has definitely given me a running start on my new position." 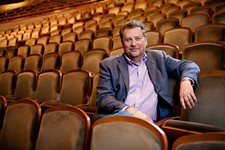 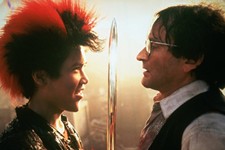