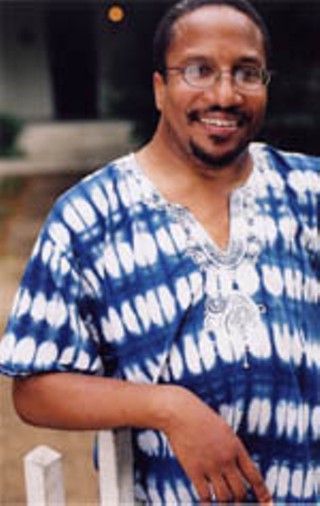 African-American theatre in Austin is getting a major boost these days, and one of the reasons is Spectrum Theatre Company, a nonprofit recently formed by theatre artists who have been treading the boards for 25 years and more. And this weekend, they salute an old friend who made their cause his life's work, the late, great Boyd Vance.

Now, you may only know Vance's name from the theatre it adorns at the George Washington Carver Museum and Cultural Center, but it's a measure of the impact Vance had on this community that upon his passing in 2005, the African-American Quality of Life Implementation Plan made one of its seven recommendations in the section on arts, culture, and entertainment naming that venue after him.

For more than 25 years, he had been a major force – arguably, the major force – in nurturing and promoting African-American arts in Austin. A gifted actor and singer, director, educator, producer, and founder and director of Pro Arts Collective, Vance was constantly creating opportunities for black artists and nurturing them into strong, seasoned artists. His showman's style and irrepressible humor made him a fan favorite at Esther's Follies, in stage productions all over the city, and as Tony the hairdresser in Shear Madness, which ran for two years at Zachary Scott Theatre and made him a genuine Austin star. As a director, he gave Austin its first taste of August Wilson with Ma Rainey's Black Bottom and its first A Streetcar Named Desire with African-American actors in the lead roles.

Vance was much beloved and is still much missed. So on Sunday, Jan. 17, Spectrum Theatre Company celebrates this remarkable figure in its gala fundraiser A Night with Spectrum: A Tribute to Boyd Vance. In addition to noting Vance's numerous contributions to Austin, the event will look forward at what Spectrum will be doing in 2016. Among the presenters will be jazz chanteuse Pamela Hart, state Rep. Dawnna Dukes, actor Marco Perella (who co-starred with Vance in Shear Madness), and the Huston-Tillotson Music Department, as well as Spectrum's own stellar talents: Janis Stinson, Jacqui Cross, Carla Nickerson, and Billy Harden. Billy Brooks of Esther’s Follies will emcee.

The celebration takes place at 8:15pm at Austin Playhouse in its ACC Highland Campus location inside the former mall. For more information, visit the Spectrum website.