Martin Short and Kevin Smith lead the laugh makers for 2016 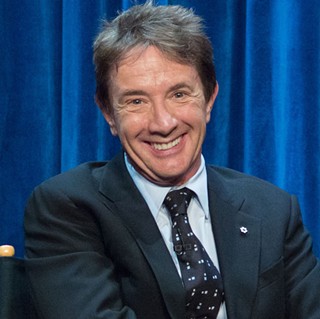 The Paramount Theatre is wasting no time in building the anticipation for its fifth Moontower Comedy & Oddity Festival. Rather than wait until January to announce the first wave of comics, the theatre has made a pre-Thanksgiving drop of 28 comedians lined up for 2016, and topping the list are Martin Short and Kevin Smith.

But Moontower doesn't simply lean on the same reliable laugh makers year after year. The team behind the festival has made a point of looking beyond the ranks of standard stand-up to comedy acts that will earn it that "… & Oddity" in its title. Contenders in 2016 look to be comedy lounge act The Lampshades, starring The Office's Kate Flannery and a porn-'stached Scott Robinson (Anchorman); MADtv alum Anjelah Johnson presenting her breakout character from that show in Bon Qui Qui’s Gold Plated Dreams Tour, based on the rap album she released this past January; English magician and America’s Got Talent finalist Piff the Magic Dragon, with his magic-performing Chihuahua Mr. Piffles; and Goddamn Comedy Jam, the event hosted by Josh Adam Meyers in which comics follow their stand-up sets by belting out covers of their favorite rock songs, karaoke-style, to live music played by house band Elemenopy.

Moontower badges are available now at a special early bird rate. To get the lowdown, call the Paramount box office at 512/474-1221 or visit www.moontowercomedyfestival.com.