Before EAST? During EAST? Something Other Than EAST?

We totally <3 that East Austin Studio Tour, but hold on a minute 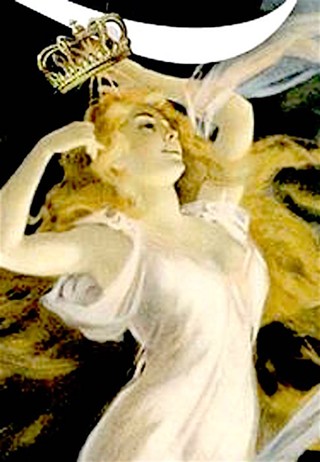 Difficult to think about anything other than EAST in the days leading up to it. And that’s not because of any hype-induced weariness. It’s not, to be sure – because Big Medium’s annual East Austin Studio Tour is one of those rare good things that is always greater than the sum of its promotions.

It’s difficult to think of any thing else because there’s so much going on under the aegis of EAST, so many studios to visit, so many events to experience, so many parties to overdrink at while trying to seem like other-than-ignorant among discussions of local breakfast tacos or the lime-green minimalism practiced in galleries of East Berlin back in 1967.

But it’s not the be-all and end-all of the entire goddam weekend, is it?

Especially right before EAST starts – which is Friday night – Friday-the-13th night, to be specific – when there are too many other things also going on in the ATX at the same time.

Like, here’s just five Friday Night Shows you might want to try choosing among that night.
Before you, yes, head out for EAST the next day …

1. 24 HOURS WITH THE HERD Graham Reynolds & Redd Volkaert & the Golden Arm Trio & friends put live music to this Texas State History Museum revisioning of Texas painter Frank Reaugh’s painterly yet multimedia documentation of an old-school cattle drive – originally staged in 1933. Note: The early show’s already sold out, but there might still be tickets for the 9:30 show.

2. NEIL GAIMAN The renowned fantasist, author of so many modern fables and farings, visits the Long Center with readings, anecdotes, audience Q&A, and his usual delightful literary conjurings. [Note: We’ve also got an interview with the man, which goes live tomorrow.]

5. THE HISTORY OF KING LEAR BY NAHUM TATE Beth Burns and the Hidden Room bring back this forgotten version of Shakespeare’s famed tragedy, with a cast of actors working at the very top of their meticulous and compelling craft, performances as fine as the details on their to-die-for period costumes.