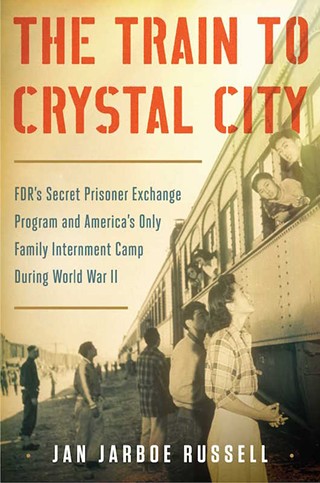 Although most readers may be familiar with the World War II internment camps in California for Japanese people (U.S. citizens and noncitizens alike), Jan Jarboe Russell’s The Train to Crystal City tells a lesser known tale: that of a “family internment camp” in Texas, housing thousands of Japanese, Germans, and other “enemy aliens."

Although a small percentage were first-generation immigrants still loyal to their home countries, most were either devoted to America, apolitical, or indeed U.S. citizens – including many of the children, by birthright and upbringing.

Jarboe Russell's expansive history recounts not only the basic background of the camp – imposed by President Franklin Roosevelt, opposed by Eleanor Roosevelt and even some of the appointed administrators of the program – but its role in wartime diplomacy, holding families who would become negotiating chips in prisoner exchange programs with Germany and Japan that held Americans in similar circumstances.

Jarboe Russell tells the broad policy outlines of the internment program, but her primary narrative is of a handful of German and Japanese Americans caught up in the absurdist internment drama within the larger absurdity of war. The story stretches from Los Angeles to Ohio to South Texas to eastern Europe, and even North Africa, and from ordinary domestic lives blown up by wartime hysteria through seemingly surreal camp activities under armed guard, like high school studies and romances, gardening, football and cheerleading, to the very worst outposts of the war, including the Bergen-Belsen concentration camp.

Read in the current U.S. (and worldwide) political context of yet another cultural convulsion over immigration and immigrants, the book can seem a cautionary tale of what can happen when governments cede to their worst elements – the FBI’s J. Edgar Hoover, for historical example – the powers of judge, jury, and incarceration over anyone deemed foreign or undesirable. But of course none of us are immune to fear and panic against “the Other,” and the Second World War reflects only an extreme and institutionalized version of cultural viruses common in degree to virtually every nation. To these individual people and their families caught up in the madness of war, their ordeals soon begin to resemble absurdist notes for Kurt Vonnegut’s Slaughterhouse-Five – most give up attempting to understand or explain it, and prefer not to speak of it at all.

Despite that understandable impulse, Jarboe Russell’s book is an important contribution to U.S., Texas, and wartime history, and some recompense to those who suffered because of international madness. 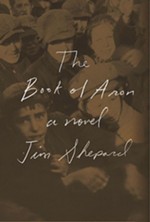