Kids see all and comprehend some. It’s parenting 101 and something literature has depicted for centuries, perhaps never so elegantly as in What Maisie Knew. Jim Shepard’s Kirkus Prize-nominated The Book of Aron is not as subtle as Henry James’, but the Warsaw Ghetto during Nazi occupation was not a subtle time.

The reader’s guide through Poland’s declining conditions and escalating violence is the titular Aron who, by all accounts, is an unremarkable boy: not handsome, smart, or terribly popular. Unlike the adults of the novel who cling to old ways, Aron’s unformed mind adapts to his situation. His grasp of that situation is clouded by a blend of innocence and childlike narcissism. He looks out for number one and number two, his mother, by joining a small group of kids who smuggle much needed goods into the ghetto. Things predictably go from bad to worse, as deadly persecution and an utter lack of resources tear the community and families apart. Aron finds himself in an orphanage run by the nonfictional child educator and radio celebrity Janusz Korczak. Heroically, Korczak refused freedom (repeatedly in the book), instead opting to continue the Sisyphean task of caring for several hundred diseased and malnourished children with a skeleton crew.

The atrocities in the novel are often remarked upon as if seen from the corner of Aron’s eye. The effect is heartbreaking, as the reader can easily see the underlying forces at work. At times, you want to shake Aron and make him understand, but as the book progresses, conditions worsen, and the Nazis close in, you want to shield him from the encroaching hopelessness.

Aron’s perspective lends the novel’s more dramatic moments a sense of realism. The music in the reader’s head never swells dramatically. Instead Shepard lets the boy’s emotions add a lens to better recognize the human effect of the tragedies of the time. That same lens paints the heroic characters like Korczak in superhero colors even if their superpower is sometimes merely respecting the perspective of children. It’s something Shepard and Korczak have in common. 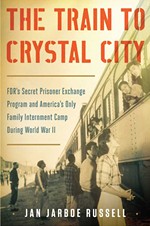