The producers of popular read-out-loud series Mortified and BedPost Confessions are bringing unique versions of their already public and sideways takes on memoir writing to Austin audiences.

Then, later in the month, the crew behind BedPost Confessions presents an unusual show, (Un)Spoken, tackling stories not necessarily in Bedpost's usual wheelhouse of titillating erotica. Chronicle contributor and art historian Andy Campbell happens to be reading at both events.

(Un)Spoken, he says, is “a space for all of the things in culture we are made to feel we can’t talk about, whether it’s mental illness or the vagaries of parenting."

The show may take on a more serious tone but will still but packed full of “bust-a-gut, laugh-out-loud” moments, according to Campbell, not unlike tonight's MortiPride. "No one really knows what’s going to happen.”

Both events promise to be hilarious and poignant, personal and relatable, but above all, grippingly real. Come and witness two nights of story telling and show-and-tell.

(UN)SPOKEN
What: A storytelling show
Who: Presented by Bedpost Confessions
When: Thu., June 18, 8pm (doors, 7pm)
Where: Spider House Ballroom, 2906 Fruth
How much: $10 door 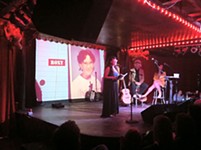 Where the Girls Go/ATX: The Comedown Weekend
A helpful guide to find the G-grrrls about town in the ATX this weekend 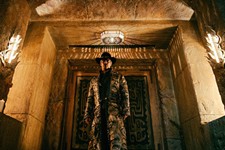