For 22 years, the critics have been the ones handing out the honors at their annual presentation of awards for outstanding artistic achievements, but this year the Critics Tables were turned, so to speak. Los Outsiders, in accepting their award for Outstanding Group Gallery Exhibition, dispensed awards of their own creation to the critics. 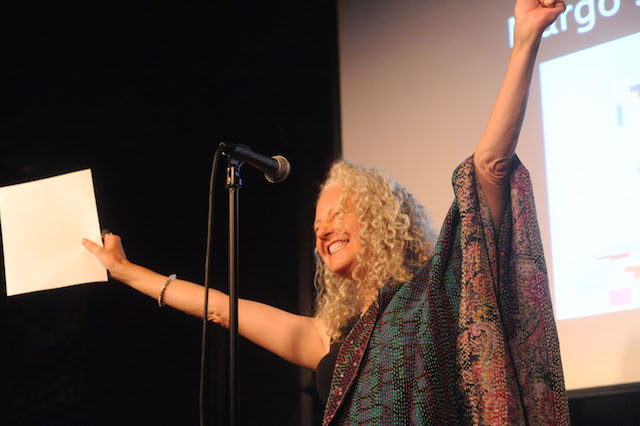 Margo Sawyer, accepting her award for Artist of the Year (Photo by John Anderson)

The "You Write Good" awards, recognizing articles that the local arts writers had "successfully published" – zing! – and printed on the same cheap office-supply store certificates that the critics have always favored – zing zing! – were issued by the Silver Harddrive Ingenuity Table, and if you haven't already gotten that joke, just take a minute to let that august body's acronym sink in. 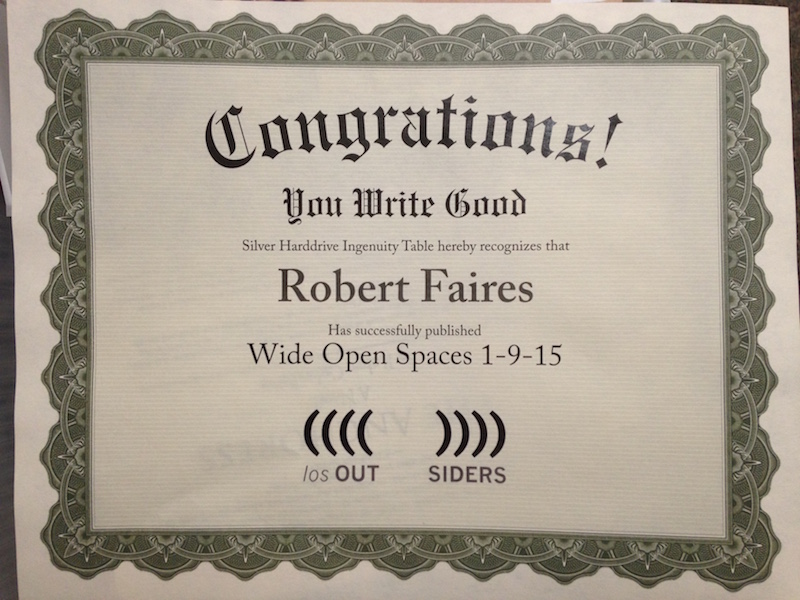 It was just one instance in which art insinuated itself into this year's ceremony. The winner for Outstanding Independent or Public Project went to Ahöm, a massive project in which 60-plus artists transformed the 7,500-sqaure-foot Museum of Human Achievement space into an Ikea knockoff, and when it was announced, artist Manik Raj Nakra shuffled to the stage, handing out Ahöm fliers. Wearing a blond wig, blue polo shirt, and corporate ID badge, he shyly introduced himself as junior sales trainee Oörk Hjälmar Oôrk and spent the entire acceptance speech in character, awkwardly plugging the company.

Most of the time, the art at the awards came in the form of dance, erupting spontaneously from those at the mic: Austin Arts Hall of Fame inductee Heloise Gold, who vibrated with excitement to the music of house band the Invincible Czars; members of the A'lante Flamenco Dance Ensemble (including Critics Table member Claire Spera) giving a furious sample of the stamping and clapping that won the company Outstanding Ensemble, Dance; and the very young son of retiring Ballet Austin ballerina Michelle Thompson, who joined his mother on the stage when she accepted her Outstanding Dancer award for her work in Belle Redux and shook his preschool booty for all it was worth, proving the apple hasn't fallen far from that family tree. 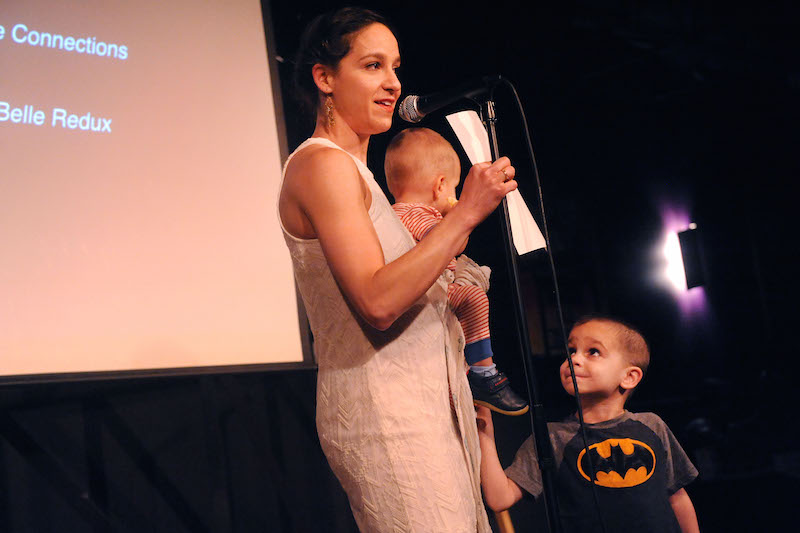 The displays of creativity by awards recipients was just further evidence of what the Critics Table Awards have always been about: celebrating the inventiveness and artistic drive that fills this community. This year, the in formal association of arts writers from the Chronicle and Austin American-Statesman distributed honors in 39 categories, as well as welcoming three more local creatives – Gold, Fidencio Duran, and Allen Robertson – into the Austin Arts Hall of Fame.

For a gallery of images from the ceremony, go here. 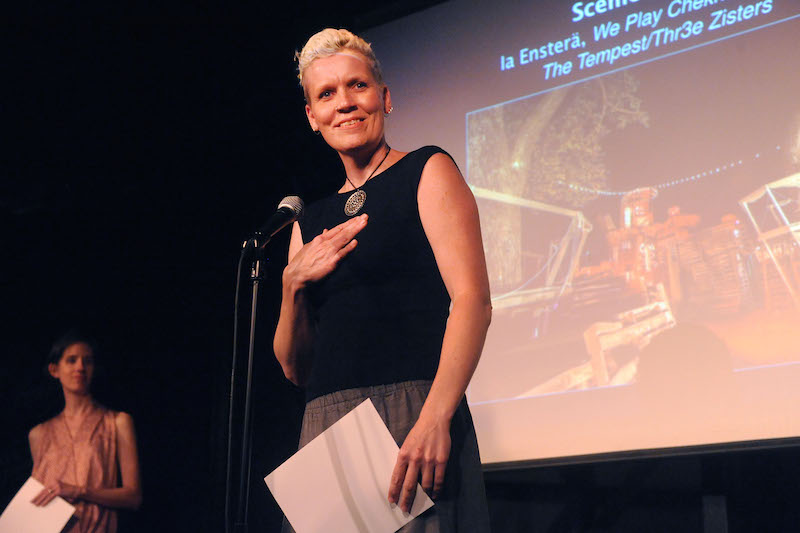 Sound Design
K. Eliot Haynes, Once There Were Six Seasons/The Wars of Heaven, Part I 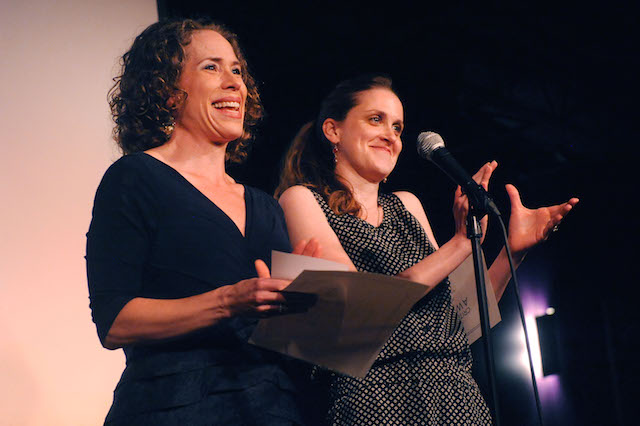 Emily Breedlove (l) and Julie Taylor, accepting their awards for their performances in La Femme Bohème (Photo by John Anderson)

Original Composition/Score (tie)
How Little You Are, Nico Muhly
The Wars of Heaven, Part I, Justin Sherburn

Artist of the Year
Margo Sawyer

Flight of Fancy Award
Landmarks and Nancy Rubins for Monochrome