Give a gift that keeps on giving – to your local creatives

Everyone needs a little help now and then, especially during the holidays – and that's no less true for the artists who call Austin home than anyone else. So as you're pondering what present to present to your loved ones this season, why not consider a gift that also pays off with some support for the folks who keep our city a creative capital? 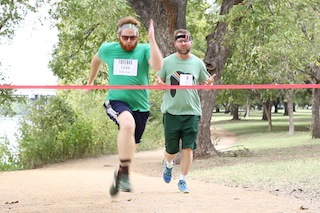 For instance, we know of several cultural organizations that are in the midst of crucial crowdfunding campaigns. The funds they raise in the coming weeks will help them provide greatly enhanced access to their programs or secure new facilities in which they'll be taking what they already do so well to new heights (and in the case of Blue Lapis Light, that's quite literally). And since crowdfunding donations come with perks, you'll be obtaining a physical gift when you make a contribution that you can pass along to someone special in your life while knowing that you're also playing Santa to one of Austin's arts treasures. I mean, who wouldn't want to support:

• Fusebox Free Range Art – This was the year that Fusebox Festival gave the heave-ho to admission charges for its incredible jamboree of experimental art and performance and let everyone come see their shows for free. The radical idea was a radical success: attendance was up 20% and the festival saw a 60% increase in first-time attendees. So naturally, Fusebox wants to do it again. But it still costs Fusebox to put on the festival, and its Indiegogo campaign – which ends just after midnight tonight – is seeking $30,000 to help it keep the festival free. Perks include a Free Range Trucker Hat (just like Ron Berry wears!) and a pack of handmade East Austin pralines. The goal is just hundreds from being met, so why don't you be the one to put the campaign over the top. Just go here. 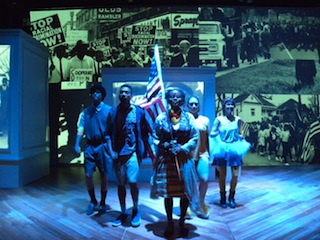 • Liberty! Equality! And Fireworks! – Pollyanna Theatre Company wanted to make sure that its audiences – who are primarily ages 6-12 – understood what civil rights are all about, so for the 50th anniversary of the Civil Rights Act, it commissioned a new play from Austin playwright Gregory Perrin. The show, in which a class of fourth-graders visiting a museum sees figures from the Civil Rights Movement come to life in front of them, had a successful premiere in October at the Long Center, but Pollyanna wants to ensure that children in underserved communities across the state have a chance to experience it. It needs just $3,000 to take this show on the road and has until noon on Sunday to reach that goal with its Kickstarter campaign. The company still has $1,000 to go, so your help is urgently needed. Perks include a poster for the show signed by the playwright, tickets to Pollyanna productions in 2015, and a gift bag of swag from LBJ Library & Museum store. Just go here. 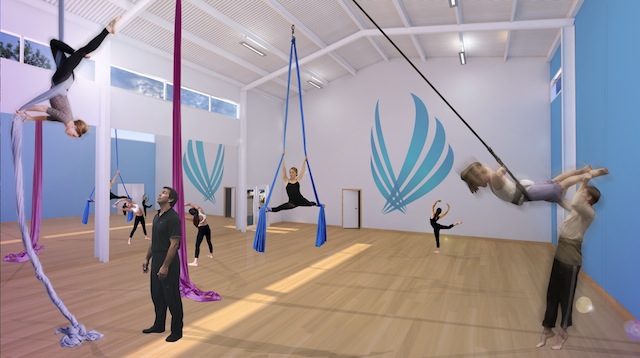 • Light Up Blue Lapis – Blue Lapis Light, the aerial ballet company behind such outstanding works as Requiem and the recent In Light has been in need of a new home since it lost its rental space in 2013, and the custom studio it's been building on 2.75 acres in South Austin is almost complete. The building has two separate spaces with 25 ft. ceilings and will enable the company to teach Aerial Harness. Right now, Blue Lapis is trying to get the electrical wiring and lights taken care of, so it can finish out the space and open for classes sometime in the spring. To do that, it needs to raise $10,000 by Dec. 31, and the company is 2/3rds of the way there with three weeks to go on its Indiegogo campaign. Perks include a digital download of In Light and a private rollerskating party in the new studio. Just go here. 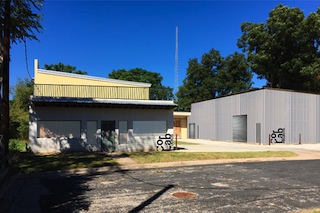 • Co-Lab Projects Expansion and Studios – The busiest artspace in town is leaving its longtime space at 613 Allen for digs that will be not just roomier but more secure in terms of renting long-term. In addition to a larger gallery and offices, the new space will allow Co-Lab more freedom in programming, maintaining open hours, posting signage, and enhancing its services to artists. Where that last is concerned, Co-Lab plans to offer affordable studio space, a fabrication shop, and common spaces. The art venue is looking to raise $20,000 through Indiegogo, and though the campaign still has a month left, it's only a quarter funded. Perks include catalogs, a one-year membership in the Mug Club (with which you receive a personalized mug to enjoy beverages in when you visit Co-Lab), a private party/film screening/video game night at the Museum of Human Achievement. To contribute, just go here.