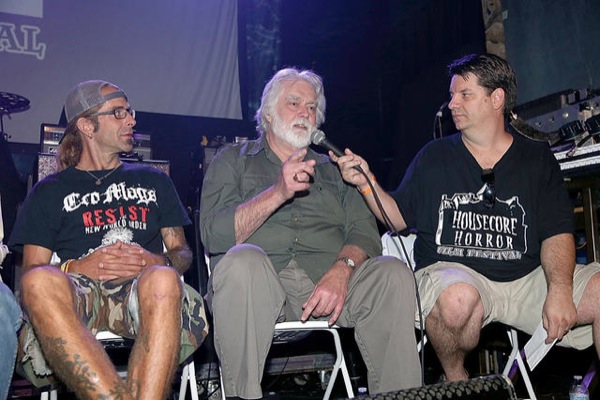 Your first instinct is that it’s some mistake, maybe a really misguided Internet prank. You’d just talked to him the night before – texted that morning. It can’t be true.

Monday afternoon, like a lot of people that ripped and screamed through the Housecore Horror Film Festival last weekend, I was home dealing with bruised feet and sleep deprivation. Behind the scenes, it had been crazy. I’d seen Corey Mitchell a dozen times, running around the Emo’s complex putting out some fire or other – always smiling, always happy to be doing whatever it was he was doing.

No matter how busy he was, he’d pull you in for a big bear hug, ask how you were doing, ask what you had seen, ask what you were seeing next, tell you a band or a film you just had to see. At one point, he told me how excited he was for next year’s Housecore, how he had serious plans, how it was going to run smoother, how good it was going to be. And then, Monday afternoon, I got home, let the dog out, opened my laptop, and read the flurry of emails.

Who was writing Corey’s obituary?

Back in May, Corey had called, asked if I was going to see Down at Emo’s. I get there, he sticks an all-access badge on my shirt, and we go in to watch a tribute to Mike Scaccia. It was a fundraiser for the Heart Rock Foundation for Heart Disease, dedicated to raising awareness about heart health. All I can think about now is standing backstage with Corey, watching his brother, his friend, his creative collaborator Phil Anselmo – Philip, Corey always called him Philip – just destroy it with his band. Six months later, we’d all be back at Emo’s.

I won’t say I was Corey’s closest friend, and I sure as hell wasn’t his longest. Yet since I met him some four years ago at Fantastic Fest, every single time we talked, even if it was months since we last chatted, it was like falling back into the end of a sentence we’d started ages ago. We had a lot in common.

We were both Eighties metal kids at heart, both writers, both loved horror films. We’d talk about old thrash bands, obscure gore flicks, and then kvetch about deadlines. We always talk about his family, too.

Every time I called to talk about Housecore, the film and music fest he co-created, I’d always start by asking him about his daughters. He doted on those girls, loved that being a writer gave him time and leeway to pick them up from school or play with them. That was the thing about Corey.

There are a lot of people who think that a guy who writes about serial killers and horror films and metal is going to be some shiftless degenerate. The rebuttal to that was “Corey Mitchell.” And he’d been through some shit that would break other men. His first wife, Lisa, died in 2002, also from a cardiac incident. Corey rebuilt his life with his second wife Audra and their girls, Emma and Sabrina.

Corey was all about potential. This morning, I found a recording of us at the old Highball – talking about Housecore. He was saying how he got to know Philip and how he was helping him with a book. He loved doing that.

It was important to him to help fellow writers, or anyone that he could, in their creative endeavors. There was a long list of writers that had done the same for him. He told me, “They got me through the ropes, so I always help other people whenever I can.”

That’s what Housecore was. He was so honored to get Goblin to the U.S. for their first ever dates, and thrilled he could get cult heroes like Jim Van Bebber to screen his films in public. And when he told me he’d secured The Texas Chain Saw Massacre reunion, he wasn’t proud. He was positively giddy.

Every time we talked about Texas Chain Saw Massacre, he’d tell me, “Nah, brother, that’s all Nic Brown’s work,” or he’d tell me how much he depended on Susie Winfield, and the rest of the Housecore team. He trusted people to get things right and get them done.

He even trusted me, which I think was crazy. He’d asked me to moderate the TCSM panel on Friday, and I ran to ask him, hey, what exactly do you need me to do. How do you want the panel to be run? He just said, “I trust you to do it right.”

When he died, my Facebook and Twitter feeds were filled with almost identical stories, from people talking about how much he’d done for them. There was Josh Vargas, a Houston-based filmmaker, who Corey trusted to capture some of the most important performances at HHFF; Kat Candler, on whose short Black Metal he consulted; Bears Fonte, who Corey encouraged to start his own festival. Now he’s putting on Other Worlds Austin in December.

Most writers stand on the sidelines, watch, and report. Corey loved getting things done. I know he got a real kick out of holding his festival at the old Back Room, and that the U.S. premiere of American Guinea Pig virtually emptied the screening because it was so gross.

I talked to him on Sunday about the midnight drive-in-style screening of TCSM, out in the Midway Field House parking lot. He told me how thrilled he was that, 40 years after release, it was back in Austin with the surviving cast in attendance getting the red carpet they never got in 1974. That meant a lot to him.

I’ll remember laughing that last morning, when we joked via text about cleaning up the venue, and Danzig’s tour rider. I asked him if the Sunday headliner got his soup, and he replied, “Double cheese.” That was Corey Mitchell – beaming, exuberant, eager to get things done, happy to make people feel happy. 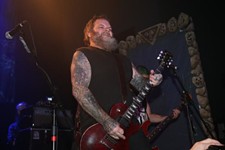