Best Year of Her Life

After her hellish 2012, comedian Tig Notaro is feeling great 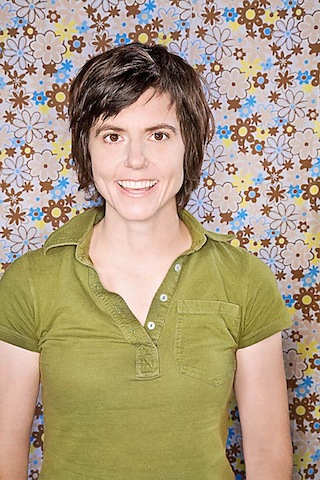 In simpler times, comedian Tig Notaro was compelled to jest on the subjects of Mexican “Do Not Disturb” signs and her sequence of chance encounters with ephemeral Eighties pop star Taylor Dane. Those bits highlighted her quirky debut comedy album, Good One, from 2011.

A year later, Notaro endured an onslaught of misfortune in the space of four months that amounted to a veritable hell on Earth. By the time she was diagnosed with breast cancer in July 2012, she’d recently battled pneumonia, survived a deadly intestinal illness called C. diff, lost her mother to a “freak accident,” and went through a break-up.

Those personal hardships became ingredients for the iconic set she delivered fresh off her cancer diagnosis at Los Angeles’ Largo nightclub days later. Notaro’s raw performance so impressed contemporary Louis C.K. that he instantly made the audio available for download on his website. The 31-minute set became packaged as Notaro’s second album: going under the title Live (pronounced “liv”), and later receiving a 2014 Grammy nomination for Best Comedy Album.

Currently in good health and seemingly great spirits, the 43-year-old Texas-bred comic (and also onetime Austin resident) returns to the road for her 35-city Boyish Girl Interrupted Tour with an hour of fresh material. Notaro spoke with the Cbronicle about a survivor’s perspective, her “carefree” days in Austin as a twenty-something music junkie, and what’s in store for her upcoming performance at the Paramount Theatre on Oct. 16.

Tig Notaro: Well, I've finally fallen in love with someone I'd like to spend the rest of my life with, which has made (this year) easily the best year of my life. And on top of that, my health has finally recovered, and my career has never been in such a great place as it is now. I can't complain about a single thing. AC: What did being on the brink of death teach you about life?

TN: More than anything, it showed me that by opening myself up to others, it allows for so much positivity to be welcomed into my life. Before that, I was pretty closed off. I mean, I'm sure I could be even more open, but I've truly come a long way. It also taught me that sometimes in life you need to let go. My life was spinning out of control, and I was doing everything I could to keep it on track and was pushing back against all of this utter insanity. But in being put in a position where I had no choice but to let go, I learned how to do so a little more, and try and control things a little less. Other than that, I feel I always had a pretty healthy perspective on life. Prior to that, I understood that life is short, but it no doubt magnified some of these clichéd understandings to a degree. AC: Your set at Largo in the wake of so much personal tragedy is almost mythological in stature at this point. Was it hard to distance yourself from that set when writing new material?

TN: I wasn't really thinking in those terms, I was just mainly feeling like I was starting all over again after 15 years of doing it. It took me a beat to figure out what it is that I wanted to say onstage, and I felt a little stuck at first; but then I just started going to open mics and trying to approach my stand-up same as I did before – trying to explore what I happened to find funny or interesting at the time, and more than ever sharing more personal stories. It’s so much more fun to share the personal details, which was something I didn't really do before. AC: What are some topics or ideas you plan to delve into on your upcoming tour?

TN: The topics vary: I touch on everything from bombing at a comedy club in Vegas to stories about me and my friend searching for Santa Claus to even more personal events. There's also just plain and simple ridiculousness, and that will always be there. AC: The very idea of stand-up is nerve-racking to most. Many great athletes report time slowing down for them in pressure situations. So in general, do you get into something of a “zone” when you’re performing? And if so, how challenging was that to develop?

TN: It took me a while to break from some of the nerves that I would sometimes have to contend with during the earlier years. But I don’t have some big pre-show ritual where I need to get into the zone. I do, however, always check my hair repeatedly over and over again before going onstage. Which is actually the only time I check my hair during the day. I think now, as I sense is the case with athletes, when you do something for so long, there are some butterflies that might pop up before taking the stage, but I know that I have muscle memory to count on. And once I am onstage, I am doing what I absolutely love to do – so that's helpful. AC: You were raised in Texas and lived in Austin for a period in your twenties. What was your Austin experience like when you lived here in the early Nineties?

TN: My time in Austin was very brief: I only lived (there) for about a year, but it was a great time. A very carefree life of going to the lake and the river and to see bands and play pool any ol' day of the week. I imagine that's probably the life of many people there still, which isn't too shabby. It’s such a great town, and I love visiting, but sadly I rarely have time to do much socializing. I think some friends and family are coming to the show, so we'll see each other afterward for some awkward hugs. AC: What kind of comedian would you like to be known as?

TN: I haven’t thought about what type of comedian I would like to be known as, probably because I always feel like I’m growing and evolving, and more of my focus is there – as to opposed to how I want to be thought of, especially since this new hour of material I’ve built I feel could be my best work to date. I certainly feel more excited by this new hour than any other hour I’ve had previously. AC: A 35-date tour is some serious time on the road. What are some of your most invaluable travel items? 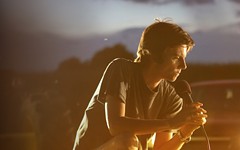