Oddball Festival's Whitney Cummings on the craft of comedy

Reflective of the unilaterally macho world of stand-up, this year’s Oddball Comedy and Curiosity Festival is spare in the estrogen column. Out of 25 total comics who have contributed to this year’s 20-date tour, just three – Sarah Silverman, Amy Schumer, and Whitney Cummings – can call Venus their ancestral home.

That said, the force of those three personalities could emasculate an army of men. Cummings, co-creator of the CBS sitcom Two Broke Girls and creator of her own short-lived NBC sitcom, Whitney, has been described by her peer and Oddball cohort Marc Maron as a “joke machine” for how quickly and confidently she mows through punch lines on the subjects of sex, relationships, and gender roles. From her Los Angeles home, the 32-year-old comedian and actor spoke with the Chronicle by phone about her Oddball odyssey, the death of Joan Rivers, and the plight of women in Hollywood.

Oddball rounds out its second campaign with a finale performance on Sunday, Sept. 21 at the Austin360 Amphitheatre, with Cummings and Silverman comprising a decorated lineup, along with fellow comedians Maron, Louis C.K., Hannibal Buress, and Reggie Watts.

Austin Chronicle: What did you foresee as the positives and negatives of participating in such a unique tour? And which, good or bad, have played out thus far?

Whitney Cummings: The lineup is just so unbelievable. I wanted to go on the tour because I wanted to see the show, you know? It’s like, Marc Maron and Louis C.K. and Bill Burr, Sarah Silverman – all these incredible comedians in one place. And just the vibe of being able to hang out with them all. It’s so cool. So that’s definitely played out, you know? Us being on the road, there’s nothing more fun than hanging out with comedians. So we’ve just been having a really good time.

And I think as far as the con of the tour: A lot of these places we’re playing are like 15,000 seats, which is just a different kind of stand-up. You know, I do clubs and theatres, but a lot of times you think a more intimate vibe is gonna be better for stand-up. And then doing these big venues, my fear hasn’t played out: The shows have been awesome, the energy has been great, they have cameras on us, so even the back row – the general admission seats – you can see everything the comedian’s doing and feel that intimate vibe. So even though the shows are enormous, (and) I thought they were gonna be a struggle, they’ve been a blast.

AC: Do you think the festival wound up falling short in terms of gender diversity?

WC: You know, I don’t know. It’s like, there are more men than women comics – that’s just true. It’s just one of those fields, like nursing or being an airline pilot or whatever. I know a ton of awesome female comedians who would be great for it, but I think as far as them not being on it, I think it probably has a lot to do with availability – you know, stuff like that. To be able to book a 20-date tour, you have to be available, so. I know a lot of really funny women: Chelsea Handler, Lisa Lampanelli, they all have their other tours they’re doing. So I don’t think it’s as much of a choice, I think it was probably more how the chips fell. I feel like the girls on the show, me and Sarah and Amy (Schumer), we’re more masculine than all the men, so it evens out.

AC: Onstage, your delivery and rhythm demonstrates a pinpoint command of the material. How much prep work do you put into the performance aspect of stand-up?

WC: I’m onstage pretty much every night doing it. You know, I’m in the Comedy Store every night in Los Angeles, and any time I’m not touring I’m always working on a special, so I go onstage every night. In terms of the actual performance, that’s something you just refine over time. Sometimes the performance of a joke you get right the first time; sometimes it takes you three months to get it right, you know? And it just really depends on the joke and the crowd and everything. So there have been times when I’m like, "I feel like this joke is funnier. I feel like this deserves more …" And then I sort of work on how I’m telling the joke, and then eventually I’ll crack it. But yeah, it really depends on what the material is.

AC: You’ve had opportunities to work and tour with your idol in comedy, Joan Rivers. What have you been thinking and feeling about her since she passed?

WC: I’m really glad that I’m on this tour during this, because I get to be with all these comedians and we get to reminisce about her and celebrate her, and it feels right. Joan was a "ride or die," in the trenches comedian, you know? She did a lot of other things, but that was her soul. So I feel really lucky that I get to be around comics where we can have a shorthand about her. We get what she went through. You know, the documentary about her (2010’s Joan Rivers: A Piece of Work), I think a lot of people just want to be like, "She was crazy!" and reduce her. And so it’s healing to be around comics. Right now, I have gratitude, you know? It’s very clear to me that Joan is why I’m able to be a comedian. I looked at her and went, "Oh! This is possible!"

She gave me kind of my first big break on the Joan Rivers Comedy Central roast. Even then, I remember when the show was over, I did my set and, you know, it went well, but still as a comedian I always think I’m failing; no matter how hard you kill, you’re just thinking "Was that funny enough?" And I remember afterward, she came up to me, she gave me the biggest hug, and she’s like, "You’re the real deal!" and "That was so funny!" She kind of made me be like "Oh! Maybe I’m funny. Joan Rivers thinks I’m funny, so I have to keep going." So that’s not lost on me.

AC: A large portion of your comedy targets societal expectations for women and gender roles. From your perspective, what are some unique challenges or constructs that thirtysomething women face in our culture?

WC: Yeah, it’s for real. I think I kinda noticed it when I was doing my TV show, and I realized that my call time was 5am; and my co-star, who’s a guy, (his) call time was 8am; and it’s because I had to sit in hair and makeup for three hours, and he just didn’t. I think that’s when I was like, "Whoa, I’m only getting four hours of sleep because I need three hours of makeup just to walk on camera." (Laughs) In that three hours, I wish I could’ve been making the script better or studying my lines or sleeping or exercising or something else, you know? And then, with a lot of the reviews I got, critically, there were a lot of comments on my appearance: I was kind of thin at the time, and they said I was "too thin," in a culture where women are supposed to be thin, I was too thin – like, you can’t win. But I think that’s around the time that I was like, "Oh, this is for real" – by the way, in a business that I believe supports women, comedians. You know, women comedians are in a great spot right now, things are going great for us; but I think that’s the more insidious stuff, in terms of if you wanna be on television, how you have to look.

And then getting older – here’s the thing: I happen to do a craft or a job where I think the older I get, the better I get. As a comedian, you just get funnier and better and more skilled – so I’m excited to get older, but it is times like that when you’re just like, "Why do I have to sit in makeup for three hours?" (Laughs) You know? "Why do my eyelashes have to be longer for a guy to want to have sex with me?" That doesn’t feel right. (Laughs) But yeah, that’s when I get frustrated.

AC: What lessons did you learn from the cancellation of your NBC series, Whitney, after two seasons?

WC: I learned a lot doing the show. I didn’t really learn as much from the cancellation. I learned a lot making it. We did, I think, 45 episodes (Ed. Note: Whitney ran a total of 38 episodes from 2011-13), and I think what I learned is that’s a success. I think that going into doing a TV show saying, "If it doesn’t go eight year,s it’s a failure," is self-defeating. Most shows don’t go as long as mine did – mine went for two years. Most shows don’t go that long, you know? I was really grateful that we got to do that many episodes. I felt like it was its time. I felt like that’s about all I had in me in terms of that particular character, because I felt like I was outgrowing the character and something needed to change. So I think what I learned was, it’s okay to grow, and something ending doesn’t necessarily mean it’s a failure – like a relationship or anything. Not every relationship is meant to last forever; some only last two years, (then) you move on, you know? I think as a comedian and artist, you have to keep growing. 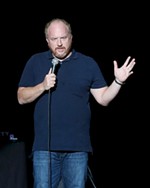 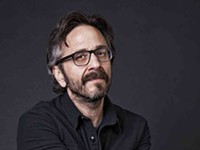