The Rude Mechs are calling the version of The Method Gun that they're performing at the University of Texas this week the "final" one. And that's saying something. These are folks who started developing this project in the fall of 2006 and spent more than three years refining it and refining it until they felt they had it right. 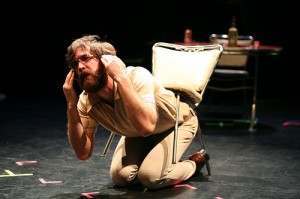 The play has always been an exploration of acting and the relationship between gurus and disciples, explored through the life and principles of Stella Burden, the enigmatic and elusive teacher of the Approach. But with each public presentation – a workshop at the Off Center in December of 2007, a debut run in the Long Center in April 2008, and another Off Center run a year later – ideas and elements were added in or abandoned. Anyone remember when the show included actual video footage of Stella Burden? How about the striking aerial dance performed by Laura Cannon in the Rollins Theatre run? 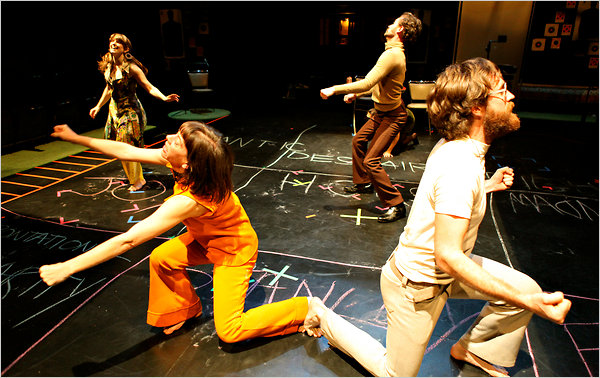 It wasn't until the Rudes took the show to Louisville for the 2010 Humana Festival of New American Plays that they felt they had found The Method Gun's definitive form. And while they've subsequently taken that version to Boston, New Haven, New York City, Los Angeles, Miami, Minneapolis, Philadelphia, Portland, Nashville, and Brisbane – yes, the one in Australia – they've never shown it in their hometown. Until now. The company is winding up its three-year run as the resident theatre company of the UT Department of Theatre & Dance (where Rudes co-founder and resident playwright Kirk Lynn heads the playwriting program) with six performances of The Method Gun: The Final Edition Wednesday through Sunday in the Oscar Brockett Theatre. 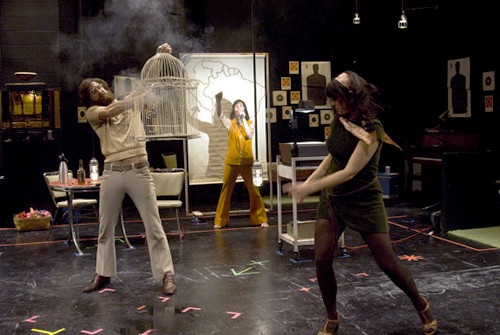 Anyone curious about the origins of the Rudes' fascination with Stella Burden can learn more here. And takes on the various versions of the show in Austin, you can look here and here. You can even find a firsthand account of the show's premiere in Louisville. 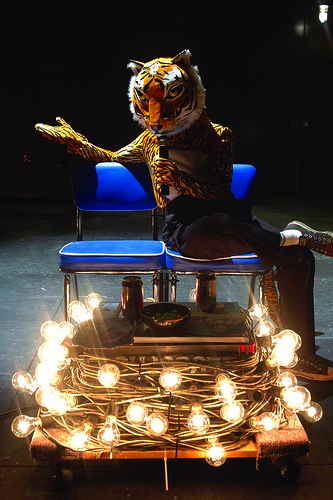 Every play is better with a tiger. (Courtesy of Bret Brookshire)

But maybe you should order those tickets for this week's run before you start reading. That's a lot of material to plow through, and those seats are liable to be snapped up quickly. For more information, visit the Texas Performing Arts website. 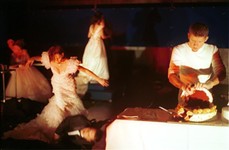 This Is Who We Are #1: Rude Mechs' Big Love
A daily affirmation of Austin's creativity from the Chronicle archive 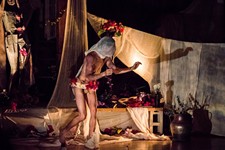