What is "Blog Reblog"? A gallery show? An event? A comment on our modern forms of photographic dissemination? I suppose it’s all of those, but for lovers of contemporary photography, it’s worth a trip to the Big Medium galleries.

At its most basic, "Blog Reblog" consists of two images projected side by side on the wall of a dark room for several seconds. This diptych is replaced by another and another until the work of 200 photographers has been shown. The entire process takes approximately 13 minutes. It then begins again. 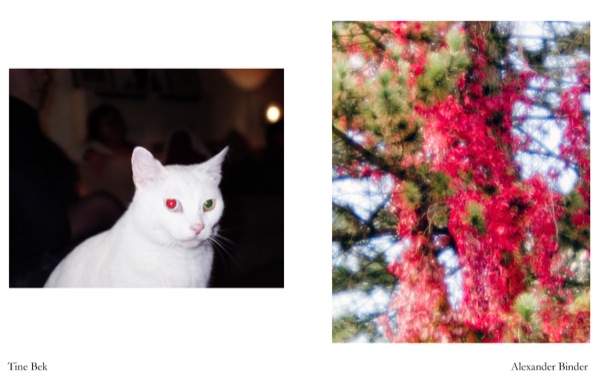 If this seems random, that’s because it is. Kind of. It’s very much a “happy accidents” sort of thing, and more often than not it works. A cat with an eye made pink by a camera flash sits next to an almost abstract detail of pink foliage. A knot stretched tight over its own shadow is paired with a frozen cooler insert tied about the waist with rope. The serendipity of the thing is what makes it work, but a nagging question remains: How much of this is chance and how much intentionality? 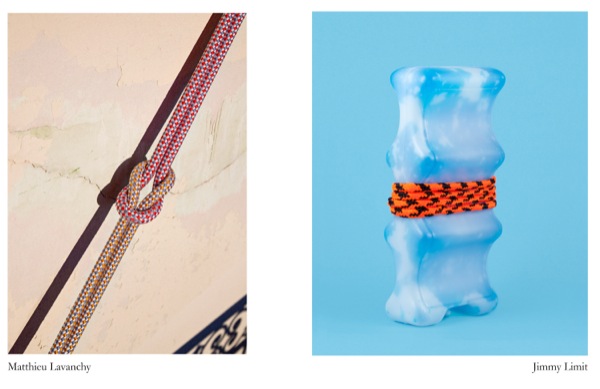 Curators Max Marshall and Paul Paper collected the multitude of artists represented in the show, then paired them randomly. At that point, each person was told the name of his or her partner and instructed to go find an image he or she liked. No websites were given. No galleries identified. Armed with only the person’s name and the Internet, the search was on. It wasn’t until both parties had submitted their chosen images that the other was made aware of the selection.

Marshall, a Texas State grad who attended the exhibition’s opening last Friday night, said he and Paper didn’t want to influence the pairings by choosing who would be next to whom. Instead, a landscape photographer might be seen next to one specializing in abstracts, or a portraitist next to a photojournalist. From there, the process of mutual selection took the show the rest of the way. 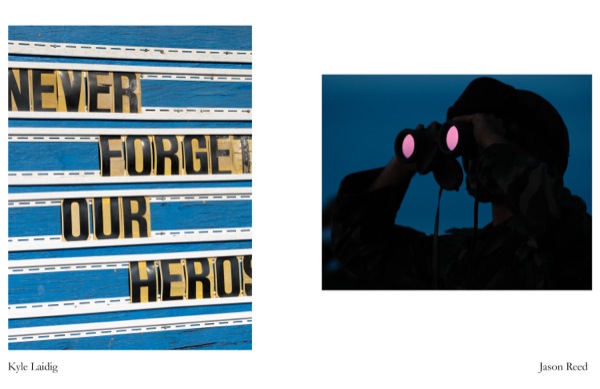 As the name implies, photography has transcended its former physical restrictions and now lives vibrantly online in the form of blogs and other websites. Marshall and Paper wanted to bring the experience of viewing an image for only a short amount of time to a gallery setting. By showing the work in pairs, another level of complexity is achieved as well.

Instead of being overwhelming, the quick pace of the show keeps the viewer engaged, but not bored, for the entirety of the presentation. In fact, the whole thing is short enough that a second viewing is advisable. Seeing an image that had passed by 13 minutes earlier lends a familiarity that is satisfying. 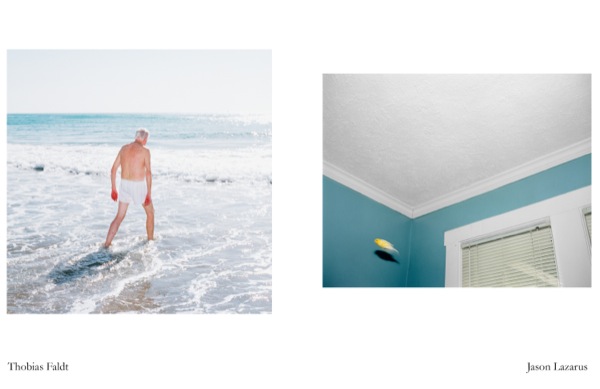 The show is the penultimate event put on by the Austin Center for Photography, which shutters its virtual doors next month after the final Icons of Photography talk by Martin Parr. While the Icons series displays the more formal or institutional style of ACP, "Blog Reblog" (along with the Slideluck Potshow) represents the other side of the coin: smaller, independent exhibits that push the boundaries of photography as art. With them gone, other arts institutions will have to step up to take their place.

For those who have never been, finding Big Medium’s galleries at Canopy is only a small challenge, and well worth the effort. One warning: Terri Thomas’ "Pillow Book as Inheritance" show next door is, well, adult-oriented material, a critique of the superficial depiction of sensuality in modern times. It might be worth stopping by both exhibits if that’s your thing, but if not, the six-foot tall glittering nudes might best be avoided. Either way, great art awaits!