Ramzinski's funniest friends gang up to add insult to injuries 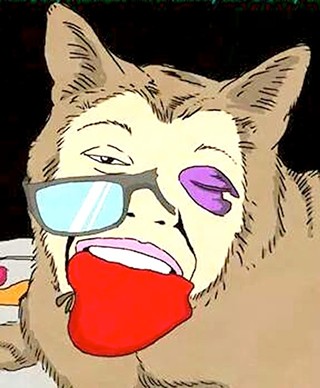 Walking back from the disappointment that her northeast Austin H.E.B. was closed for Easter, Kat Ramzinski was accosted by muggers who, lucky for them, were in sufficient numbers to inflict more damage on Kat than Kat inflicted on their miscreant asses.

You remember the story. Hell, the Chronicle's own Chase Hoffberger wrote about it right here.

Now it's a few weeks later, and the scrappy Ramzinski – a stand-up comedian who's rocked mics all over this town and beyond – is recovering just fine, thank you, even though she's got some wicked medical bills to be covered. But, you know, the best time to kick someone is when they're down, right?

And so when knight-in-stand-up-armor JT Habersaat of the Altercation Comedy Tour takes it upon himself to set up a medical-bill fund for the battered Ramzinski, one of the things that's gonna come of it is a roast of the woman. So now Norman Wilkerson's getting all of Kat's talented friends together to throw a "beneficial beatdown" on her, skewering her with shit so funny that it's as hilarious (for an audience) as it is painful (for the victim).

That's what this blogpost is about: An opportunity to laugh your ass off while knowing that the mere sawbuck you paid for admission to this gig at the Spider House Ballroom on Saturday night … knowing that all the money raised goes to repair the damage to Ramzinski's left eye's superstructure, her lacerated hand, and any other parts that were compromised by the assault.

[Note: We can rebuild her. We have the technology.]

Go ahead, sport: Show up wearing an eyepatch of your own.