From the Vaults: Audra McDonald Interview 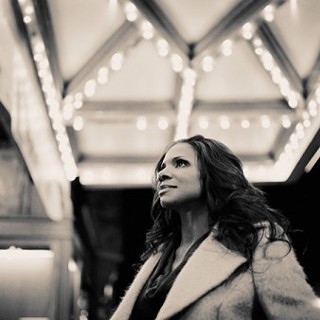 One of the most eagerly awaited events on last fall's arts calendar was Audra McDonald's concert in Dell Hall. Alas, illness forced an 11th-hour cancellation, but the performer has managed to reschedule the visit within four months. With McDonald at last lighting up the Long Center on Tuesday, here's a rerun of our interview with her from October.

A lot of life can happen to anyone in seven years, but the amount of life that happened to Audra McDonald in the seven years since her last solo recording was monumental: four years on a weekly TV series, Private Practice; a spin with Shakespeare in Central Park; the sudden loss of her father in the crash of an experimental aircraft he built; a divorce; a new marriage; a move back to New York from Los Angeles; a return to Broadway to play Bess in The Gershwins' Porgy and Bess, for which she was awarded her fifth Tony; and, of course, the ongoing challenge of parenthood, as her daughter Zoe progressed from preschool to junior high. So when the Grammy-winning soprano stepped back into the recording studio this year, she had plenty to sing about. She crafted the CD around her experiences of the last several years, delivering a deeply felt suite of songs as intimate as any in her career. McDonald will draw from the new recording, Go Back Home, when she performs at the Long Center this Sunday. The Chronicle reached her by phone to learn more about how life is informing her performances these days.

Austin Chronicle: You have a very heavy touring schedule this fall. Does it feel a little ironic to be spending so much time away from home to promote a recording called Go Back Home?

AM: You're the first person to bring that up, but yes, there's a great deal of irony in that. Go Back Home encompasses not only actual geographic location but also, for me, back home in the worlds of music and theatre, and back home in terms of making albums again. There are lots of meanings to that.

AC: When you were on Broadway performing Porgy and Bess, did it feel like being home?

AM: Absolutely. I loved my time doing Private Practice in Los Angeles, and I was quite challenged and excited to learn about the art of television, but I missed being on the stage. I missed it desperately. So that absolutely was a homecoming. You know, going home isn't always easy … and it wasn't, but it was absolutely fulfilling, and where I was supposed to be and where I wanted to be.

AC: You close the recording with "Make Someone Happy," and you've talked in other interviews about how the song has changed in meaning for you. How so?

AM: It's a song that I learned when I was a kid and sang at a dinner theatre in Fresno, California, when I was about 10 years old – a cabaret show with a bunch of other little kids – and I didn't think about it in any sort of deep way, just, you know, "try to make someone happy." And as you grow older and life happens and happens to you, life becomes more precious, and people in your life become more precious. I find that I'm learning not to take things for granted as much as I used to, and also you start to prioritize what's most important. It's been a long seven years for me. It's been quite a journey, just emotionally in my life, and that's one of the songs that all of a sudden burst open with meaning for me. It's a song that I can connect to on a very deep level now, a song that has sort of unpacked itself in terms of my life and my experience.

AC: Your daughter must be close to the age you were when you were singing it for the first time in Fresno. Does she know the song?

AM: Just because she's heard me sing it.

AC: Does she figure into this new level of meaning that it has for you?

AM: Absolutely. When you become a parent, it blows you open in ways that you never thought possible, in terms of a level of love that I know I never thought I could possibly have. I think Joan Rivers is the one who says, "You're only as happy as your least happy child. That's as happy as any parent can ever be." And I think that's so true. What I love about that song and the way that [lyricists Betty] Comden and [Adolph] Green have structured it, it's all about, "Do this": "Make someone happy, make just one someone happy, make just one heart the heart you sing to, one smile that cheers you, one face that lights when it nears you," saying all these things and then at the very end, it says, "And here's the secret: You will be happy, too." I love that that is the last thing that they get to. Do this, do this, do this for this person, but guess what? It's going to fulfill you, too.