Four Comedians Walk Into a Barbershop

Someone's getting clipped at the Velveeta Room tonight 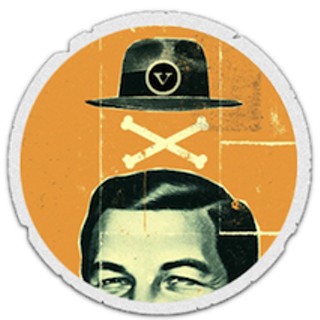 We already know that any stand-up by Mac Blake and Matt Bearden is likely to be among the funniest shit we've heard in months. And we were laughing our asses off when we caught John Buseman at last year's Funniest Person In Austin contest.

Danny Palumbo remains an area of ignorance for us – but we hear the man's got brains and chops and all that good professional comedy stuff.

Still, regardless of relative brilliance, how could this show be much less than a riot when all of these guys are doing their sets while getting their hair cut?

You're right: It couldn't be much less than a riot. Hell, just haircuts themselves are often fecund nodes of hilarity, n'est-ce pas?

[We pause briefly while you Google the definition of "fecund;" the French you probably already know, right, hipster trash?]

So – this show. This show that's free. This show that's happening at the Velveeta Room tonight at 10pm. It's a pretty cool idea, we think. And so, interest piqued, we asked the man behind the Velv – Mario DiGiorgio, a pretty fierce comic himself, to be sure – we asked DiGiorgio how this thing came to be.

Austin Chronicle: Haircuts on stage? Man, that's – how'd you come up with this idea?

Mario DiGiorgio I was getting a haircut at Birds – not my usual place – and my stylist, Emma, asked me what I did for a living. She told me she'd been doing improv when she wasn't cutting hair, and "always wanted to figure out" a way to mix the two. And, after watching "Comedians in Cars Getting Coffee" later that night, the idea came to mind. It's an odd dynamic, between the barber and the client – some talk, some sit in silence – and I thought it might be funny to exploit that dynamic.

AC: And that same stylist, Emma Czarnecki? She's gonna be cutting the hair?

MD: Yeah, she seems like a sharp, dry gal who will, hopefully, be a good straight-man to the boys. Of course, this could all fail miserably … but that seems unlikely with this line-up.

AC: Yeah, that's some really top-notch talent. Kind of amazing you got guys of that calibre for this crazy thing.

MD: It was little difficult to book, yes. As John Ramsey put it: "I think this idea came from one of my nightmares."