Never Mind the Polar Kind, Austin Has Its Own Vortex

And that irrepressible powerhouse of theatre is about to turn 25 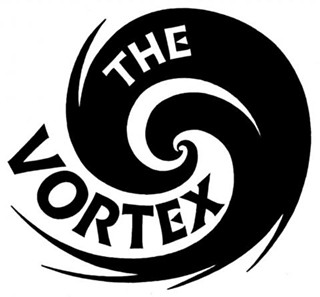 [Note: You want to deny that assertion, you're gonna have to Google for days – and will still likely lose.]

The Vortex. They began in 1989 without a permanent space, they did whatever was necessary to stage their edgy shows, they made copious use of Mexic-Arte Museum back in the day, and then they lucked into a decommissioned triple-cinemaplex on Ben White Boulevard … and all theatrical heaven and hell broke loose.

And that was years before the company moved into their big old corrugated-steel warehouse off Manor Road, a warehouse since transformed into a fully operating theatre and an excellent neighborhood watering hole and all of it directed by the unstoppable Bonnie Cullum and her commited-to-theatre squad of creative commandos.

[Note: The Austin old-timer in me – albeit an old-timer of the generation after the one that sighs in recollection of Tortilla Flats and the Armadillo World Headquarters and so on – recalls the nascent stages of the Vortex and his mind boggles. That ragtag and industrious repertory company – in the person of co-founder Sean TC O'Malley, ganking your reporter from some Chicago House open mic in '89 – was what first got me involved in theatre in this town. And so why, in part, I've been covering the arts scene for your Austin Chronicle for nigh on 15 years now? You can blame the Vortex, friend.]

Well, so, then it's about time for some kind of … 25th-anniversary celebration, isn't it?
A little … social event? With which to mark the occasion?

As I believe either Mahatma Gandhi or Helen Keller may have put it: FUCK, YEAH!

This Friday and Saturday night, the Vortex is staging a party to outdo all of its previous parties – with performances from the best and wildest artists from throughout its 25 years (Toni Bravo! Zell Miller III! Chad Salvata! Matthew Patterson! Ann Marie Gordon! Sky Candy! Brass Ovaries! The Late Joys! Jo Beth Henderson! So many more!), with much live music and catered noms and tipsy reminiscences and general thespian hullabaloo galvanizing the weekend for your entertainment and pleasure. Oh, and it's a fundraiser: Toss them $25 bucks toward a state-of-the-art lighting system and join the revelry that, for all its vigor and flash, is only the spark of what weird wonders the Vortex will be bringing this burg in the years to come.

Those Pizza-Tossin' Dough Boys, Peached Tortilla's Fat City, and a Whole Lotta Schmears Going On
All the news that's fit to get your taste buds quivering