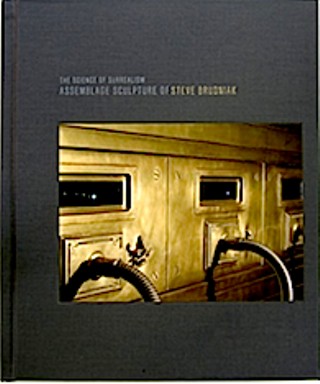 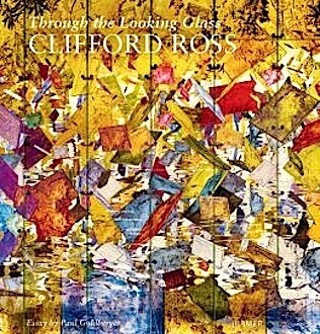 How many years, as Bob Dylan might've sung in some alternative universe, must a man create sculptures so singular and astonishing before someone gets around to producing a book that displays that artwork to the world in glossy, full-color, paper-based finery? Nigh on three decades, in the case of Steve Brudniak, the Austin-based artist whose sculptural fabrications – meticulous works, often large and imposing, always wrought via much complex labor – look like something from a wet dream that Nikola Tesla might've had after hearing the call of Cthulhu. But here it is, at long last: The Merrid Zone publication of The Science of Surrealism: Assemblage Sculpture of Steve Brudniak, a showcase of what the retrotech-warping maestro has wrought in brass and steel and wood and glass and blood and more.

Aided by copious notes from the artist – "True Tales of the Curse of the Squirrel Boy Mummy," among them – and considerations from creative others – Guillermo del Toro, Gerald Burns, Wiley Wiggins, Rachel Koper, are just a few of the writers here – the volume covers the results of Brudniak's career thus far in page after stunning page of photos by Jess Beal. This solid hardback, as beautifully designed by Claudia Aparicio-Gamundi, could serve as an introduction for people unfamiliar with Brudniak's art, or as a guide to those longtime aficionados who like to seek out the actual objects whenever they're on display, or simply as a collection of images that will stoke the imagination and reward the perusal and contemplation of anyone who picks it up.

In 2007, multimedia artist Clifford Ross was commissioned to create an original work of art for the main lobby of the new federal courthouse in Austin. What he proposed to do was provide a stained-glass abstraction of his acclaimed, large-scale Mountain series of photographs. A 28-foot-by-28-foot abstraction, no less. And he had never worked in glass before.

Through the Looking Glass, now out from Hirmer Publishers and featuring a vastly informative essay by architecture critic Paul Goldberger, is the oversized, immaculately bound, full-color document of that project, The Austin Wall – of its origins, the details of its process, and its ultimate success. But let's make that the details of its processes, plural, because Ross and the technicians he worked with used so many different methods and arcane skills, such an array of labor-intensive industry, to bring this translucent masterwork to completion.

(As with so many complex endeavors, there were a few setbacks between the initiation and the installation of The Austin Wall in June of this year, setbacks that had little to do with craft: "The glass pieces survived multiple trips between Munich and Austria," writes Goldberger. "But at the very end, after the various sections had arrived in Austria for the final firing, nearly half of the glass was shattered when a forklift vehicle hit a large stack …")

And those processes – the sketchings, the etchings, the digital renderings and the physical formulations, the image transfers and overlays, the painting and the glazing and the firing and the cutting, ad almost absurdum – are also displayed in a wealth of vivid photography that itself would have to be printed on glass to be any more effective at capturing the glory of Ross' work. (But then, you'd rather expect this sort of excellence when it concerns the man who invented the R1 camera.)

Upshot: Unless you're an artlover who's stealthy enough to somehow live undetected in the lobby of the federal courthouse on West Fifth, you're probably better off owning a copy of this magnificent book.