The late artist's loved ones gather to celebrate his life 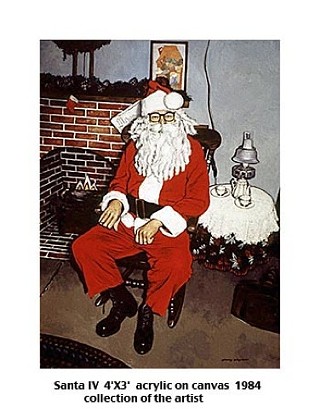 Friends of the late Austin painter and photographer Jim Bonar, better known as Jimmy Jalapeeno, will gather to celebrate his life on the morning of Sunday, June 9, at the Eye of the Dog Art Center in San Marcos. Bonar died Wednesday, May 22, after a bout with cancer. The man described as "witty and wise, silly and deep" was 66.

Born Albert James Bonar, Jr., the Bryan native began to be drawn to art while attending Stephen F. Austin High School in Houston. That led him to study painting and photography at the University of Houston, but after a couple of years, he transferred to the University of Texas, where things turned out pretty well for young Bonar. It was there that he met the influential documentary photographer Russell Lee and not only studied with him but worked as his assistant for a year. He also served a year as the Art Students Association president before completing his BFA in 1969.

Except for a two-year sojourn to the University of California at Davis to get his master's degree and a year teaching art at the University of Houston, Austin was the artist's home. If you knew him through the Texas Historical Commission, where he was hired as staff photographer in 1973 and spent 29 years snapping images, you knew Jim Bonar. Everywhere else, he was Jimmy Jalapeeno, an eclectic painter whose large oils might range from provocative female nudes to to sedate seated Santas to a box of Dr. Pepper cans, from a portrait of his mentor Russell Lee to pictures of cats. Of course, he became best known for his landscapes, images of the Hill Country impossibly dense with foliage or the ripples of enticingly crystalline pools. Locally, a handful of such paintings in his "Green Series" have been greeting visitors to the Austin airport since it was located at Mueller.

Jimmy is survived by his wife, artist Belinda Casey; sister Becky Bonar and her husband, Ken Deifik; his beloved kitty, Tiny; and countless friends and fans. Contributions in Jimmy's honor can be made to Women Printmakers of Austin – www.womenprintmakers.com – and Eye of the Dog Art Center – www.eotdac.com.