Not Everybody Is In This Weekend's Austin Sketch Fest

But that doesn't mean we've forgotten The New Movement 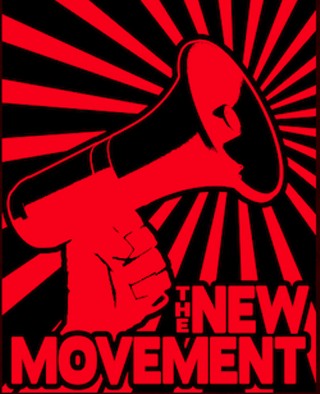 And as much as local comedy attention is focused on that star-studded Fest right about now, let's nobody forget about The New Movement, OK?

Just because they're – literally – underground, there at the corner of Seventh and Lavaca in Downtown Austin, doesn't mean they should necessarily be under the radar. Not when the theatre's prime sketch troupe The Neighborhood has been working the scripts and regularly storming the boards for at least two years now.

"The Neighborhood is a project that started right after the first sketch comedy class we had at the New Movement," says troupe leader Amy Jordan. "The theatre was open for about a year, and those of us who were already in it were sort of figuring out fun projects to get involved in, and [New Movement co-founder] Chris Trew said to me, 'Hey, you've been doing theatre more than everybody else,' – because I have a theatre degree and have done big productions – and Chris was like, 'Do you wanna do a show? Get all the sketchers together, start building a community?'"

And the answer was yes, of course, or you wouldn't be reading this blogpost.

And the community that was built within the laboratory of comedic mad scientists Chris Trew and Tami Nelson has coalesced into The Neighborhood, with the aforementioned Jordan – and Ed Collins, Kelly Saccomanno, Michelle Serrano, Jace Campbell, Fernando Sedelmeier, and Jennifer Monsées writing and performing, um, how many times each year?

And what the troupe performs has varied in theme and arrangement, but it all comes back to The Neighborhood.

"It started out with the idea that, OK, this is The Neighborhood Where Sketch Comedy Lives," says Jordan. "And we went to the group of people who were interested and said, 'Hey, if you guys wanna write scenes, go ahead and do that, and submit them by this date, and we'll put them all into a sketch show, and everyone will get involved.' And the Neighborhood part was me as the host, and maybe two or three people who acted as neighbors, and we were in-between scenes. I'd come up at the beginning and introduce some character who had a problem, and then that problem would have its climax throughout the scenes. But, back then, none of the scenes had anything to do with the neighbors, it was just scenes that were submitted. But as the years have passed, we've really integrated the neighborhood aspect, and the group of people involved are a little more tight."

And now the shows are all themed, right?

"The themes came out of people wanting a direction in writing," says Jordan. "It started really basic, like, let's do 'high school.' And everyone wrote a scene that had something to do with high school – but they remained individual scenes, they didn't really come together. We'd have one or two that we'd made as an arc, so it seemed like they came together, but we didn't force it. But then, as we continued, we realized we wanted to connect them more. So we did Neighborhood High School, Neighborhood in Space, and – my favorite – Neighborhood 1984. I let the writers write about either the year 1984 or the book, with Big Brother and that whole thing. And we ended up with a bunch of scenes that were both of them together."

But that's not all there is to the process.
There's a hell of a lot of writing to sketch comedy, sure, but it's not just writing.
We mean, duh.

"There are amazing things you can do with bad writing, through acting," says Jordan. "And you can also convince a person who's maybe not that great of an actor to do a scene well if it's written perfectly. Like, just follow the lines. If the writing is that crisp, it's just a matter of memorization. So we figure out what's funny in the writing, or we make something else up that is funny, and then we make it happen."

"I think a lot of it has to do with how the actors take it on," adds Michelle Serrano. "Because I can think of a couple where I was like, "Oh, why did we do that scene?" But the people who were cast in it played it really well – they were really zany with something."

"And in the first read-through," says Jace Campbell, "when we're all sitting there and going, 'I don't know about this,' you're not afraid to make changes there. You get the writer on board, and whoever it was that wrote it feels like 'It's still my script,' even though we're changing it to make it work better. That's how you do it – because that's how you'd have to have that conversation with me after I wrote it."

"The character development, it's not only your own creativity or what the script says," points out Fernando Sedelmeier. "It's the people who work with you. Like when I'm doing a character that I think is a riot, but then I start getting all this feedback, like 'Why don't you do this, why don't you try that?,' and all of a sudden, the character I had in mind, it's based more on the feedback."

And the newest incarnation of The Neighborhood – in which ringleader Amy Jordan gets kidnapped and two brave Neighbors go on a journey through Dark Land to save her – will be onstage and ready for your feedback, dear reader, at The New Movement this June.