This Is a Blogpost About Austin's Jennymarie Jemison

Partly because her movie's in the Seattle International Film Festival 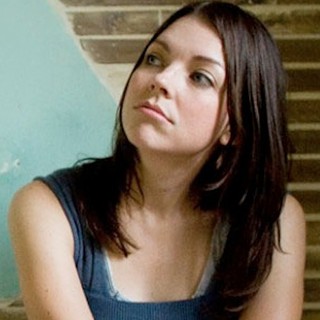 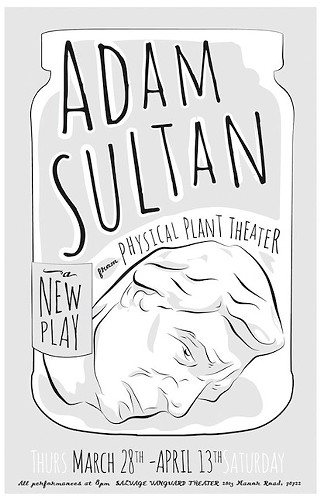 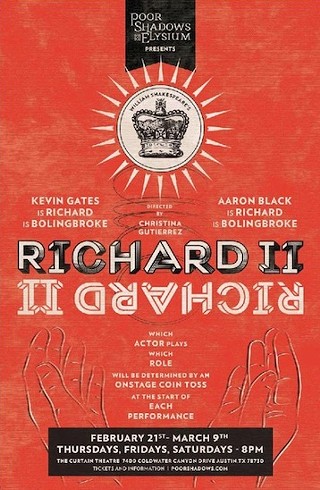 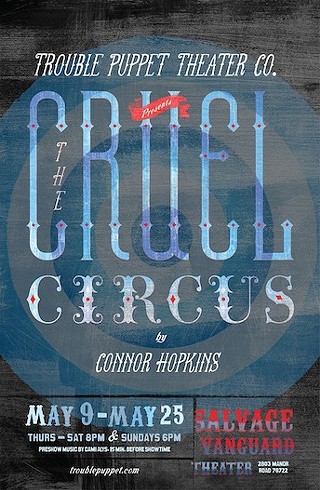 This blogpost is about Jennymarie Jemison partly because The Quiet Girl's Guide to Violence, the short film she made with director Rafael Antonio Ruiz, is following its appearance at last year's Fantastic Fest with a screening in Seattle's big cinema deal this coming Saturday.

But, really, the local woman is a total knockout artist on several levels, and so this Seattle International Film Festival news is just kind of an excuse to sing her praises and run a short transcript from a recent interview we conducted over coffee and burgers at Cherrywood Coffeehouse.

Oh, and to provide the trailer for this blogpost's, uh, MacGuffin:

The Quiet Girl's Guide to Violence - Trailer from RAR on Vimeo.

If Jemison ever achieves wide fame, it'll probably be for something relatively surfacey, because that's how most fame obtains. And she's a decent actress, at the least, and she's as pretty as a starry night sky, so it may be just a matter of time before some filmland gods of fortune smile upon her the way Stromboli smiled upon Pinocchio – but maybe in a way more artistically worthy than the various national commercial campaigns Jemison's already done.

And if that's the case, we can only hope that her acting skills – as displayed in a sublime performance as Mollybot in Sarah Saltwick's stage play A Perfect Robot, as given evidence in her excellent turn as vengeful weirdo Holly in Quiet Girl and in providing the voicework for Big Nose Kate in Craig Staggs' upcoming animated series Earp – we can only hope that those skills will be used to full effect.

And we can further hope that some major acting-career change doesn't keep Jemison away from graphic design, because to divert the former Rockstar Games talent whose Austin-based labors have created visual brands for Quiet Girl and Steve Moore's Adam Sultan project and the new Epicerie bistro, and posters for Poor Shadows of Elysium's Richard II and Trouble Puppet's Cruel Circus, well, we reckon that'd be one hell of a lousy diversion.

[We're greedy when it comes to having our eyes and intelligence pleased, designwise; we don't think one Chip Kidd is enough.]

And so on, yadda-yadda mashnote yadda-yadda, but now let's talk to the woman herself:

Austin Chronicle: Acting and graphic design aren't necessarily complementary skill sets, though you seem to have an instigating talent for both. How'd you choose to work in both areas?

Jennymarie Jemison: I always acted, all through high school – president of the thespians and all that – and then I was a National Merit Scholar. And, without really thinking about it, I decided I was gonna go to Southern Methodist University – because they have a bad-ass theatre program and it was just five hours away from my hometown in Arkansas. And most of my friends were going to the University of Arkansas, and I felt like I could go back and visit my friends, visit my parents, and still be at this bad-ass theatre school. But SMU was a school I did not belong in. I mean, my god. And I didn’t get into the theatre program. Long story about why I didn’t, but, um, I didn’t. And I couldn’t change schools, because once a National Merit Scholar designates the school they’re going to, they can’t change their mind. So I literally took out the course book and looked through it, trying to find some major, that wasn’t theatre, that I could live with. And I found the course description for the creative advertising track, and it seemed really interesting – and that was it.

AC: And from there, right into the industry?

JJ: Before I graduated, I was at a video-game company as an advertising intern. And by the time I graduated, I was the art director. I worked there for a year, did the box for the game Max Payne, and I was hired at Rockstar Games. So I moved to New York City in 2001 – the day before September 11th. I’d never been there before, and I was sixteen blocks away from the World Trade Center.

JJ: Yeah. [shakes her head] And I worked at Rockstar for three years. And I loved the work, and I loved the people I worked with. But the people that run that company? Are like the, I mean, I don’t even know if they’re human. They’re awful. It was soul-depleting to work there. I was in my early twenties, and I was like, “I don’t know if this is how I want to spend my youth, feeling like shit, and my best friend crying in the bathroom everyday.” It was horrible, just a very toxic workplace. So I left Rockstar and I was freelancing for Viacom and other tv networks, mostly Spike TV. And I didn’t know, like, how can I feel like I used to, when I was younger? I was only 25 and I was so burned out. And I was on the subway one day, and I saw a girl reading a script, and I thought, “Oh, yeah!” So I went to acting school – I went to Atlantic Theatre Company’s acting school that William H. Macy and David Mamet started, and it was great.

AC: And so again: You went to school, you graduated, and then boom?

JJ: I got some interviews with two commercial agents, and they both agreed to send me out on one freelance audition to see what would happen. And that first one I went on, I was completely terrified and intimidated – I was all meek, and the casting agent was like, “Why are you here?” But on the second one, without an agent, I was like, “Okay, that is not gonna happen again.” And it was for one of those Radio Shack commercials, where people would sit in a red chair and talk straight to the camera, and I booked it. And then I was in three national commercials, and I got the letter from SAG saying “You’d better join right now or you’re not gonna work anymore.” But I was broke. And then I moved to Texas, a right-to-work state.

AC: You moved here because the Screen Actors Guild –

AC: And presumably that's not why you stay in Austin.

JJ: What keeps me in Austin is the theatre and the film scene – it’s amazing. And the community, that's the best thing about Austin. There’s nothing like this anywhere else. And once you’re a part of it, it’s pretty hard to not be a part of it. Even if, because of Quiet Girl, there was, like, the cool fantasy realized – where you get the deal, you get the money, you get to go and act in it yourself and not be replaced by Aubrey Plaza or whatever, the whole thing – I would still never leave Austin.

AC: And what if something happened, some weird Twilight Zone twist, where you couldn't work as an actor ever again and had to focus exclusively on your graphic-design work? What would you do?

JJ: I’d probably get someone in town to teach me – someone like Joe Swec – about sign painting. Because I love the transformative effects of signage in towns. The hand-lettering and typography on buildings that slowly erodes and crumbles and becomes part of the fabric of the town itself – instead of just the vinyl crap that people put up because it’s cheap. There are artists who completely transform cities that way. I’d invest in myself to learn that skill. I love watching people who do that well, love seeing the relics of old advertising. That’s the way it really works, doing advertising for a living and art at the same time? That’s where I see there being a marriage of the two that makes me happy. And sometimes it’s just pure art.