For these women comics, the operative word was "comics" 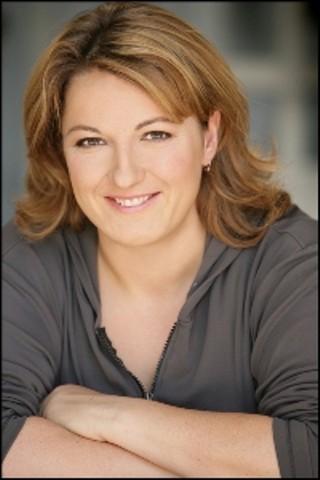 Not afraid of a Magic: The Gathering joke: Jackie Kashian

I'm at She-Bang, the all-women comedy line-up at the Parish, and I'm happy to report that the crowd boasts at least as many men as women. Having just read Sara Schaefer's brilliant response to the question, "What's it like being a woman in comedy?", I'm eager to learn from this that there's no difference at all between the sexes, comedy-wise.

That's when hosting comedian Pete Holmes walks out, dubs himself "lesbian Val Kilmer," and goes into hyperactive riffing mode to compensate for the fact that he has a penis. Relax, Pete! We all know that male comics can be funny – Jackie Kashian even said so during her set. You have to hand it to Holmes, though: The guy is nimble. Changing hoodies throughout his hosting gig, he kept up a rapid, self-deprecating banter, staying five steps ahead of the audience and three steps ahead of himself the whole time. And he didn't even talk about his period once!

After the taco-fest began (with apologies to Sara Schaefer), the ladies stopped being ladies and started being comics, which is, after all, the point. Having been to a similar event at last year's festival, I can testify that the best thing about seeing an all-female line-up, if you're a woman who likes comedy and who also happens to be me, is that you not only forget to remember that they're female, but you also forget to remember that you're female. Sitting there not having to think every five minutes that you don't have a penis and therefore this or that joke wasn't written with you in mind gives you that much more time to meditate on the fact that being female is actually the biggest joke in the world, as evidenced by Christina Pazsitkzy's bit on wedding magazines, Kashian's bit on living in fear of sexual predators after reading The Girl With the Dragon Tattoo, and plenty of less printable but very funny stuff.

The sets were replete with the usual dating stories, my-second-job-is-being-the-only-black-Disney-princess stories, and stories about squeegeeing the shower in the nude. Local favorites Maggie Maye and Maggie MacDonald disarmed, as always, with charm, and Helen Hong's barrage of ethnic humor reminded us that women are not the only underrepresented minorities in comedy. Standing out were manic butch lesbian Julie Goldman in dapper gangster duds and bleach-blond Pazsitkzy, who can make you laugh just by standing there and smiling while she sways a deliberately puffed-out belly from side to side. Their over-the-top physical stylings – Goldman's tense and spring-loaded, Pazsitzky's loose and improvisational – made watching them feel slightly dangerous in the best possible way.

So what's the difference between being a male and a female in comedy? I believe it can be summed up thusly: In his introductory set, Holmes jettisoned a Game of Thrones bit on the assumption that a female-heavy audience wouldn't get it. A few minutes later, Kashian ended her set on a Magic: The Gathering joke.

I thought about how unfair this was on the car ride home as I listened to A Clash of Kings on tape. Poor guy. 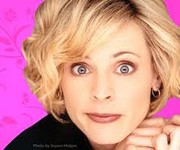