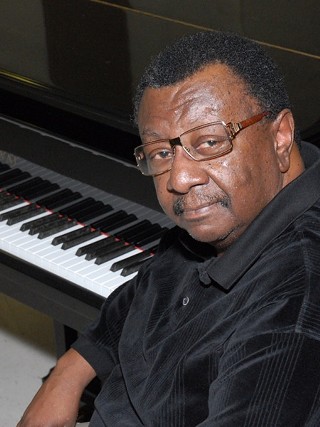 Spirituals have long been recognized as an essential part of African American music, but little attention has gone to the composers who have preserved and developed a place for them in the art song repertoire. One – Charles Lloyd Jr. – gets his due tonight at the seventh annual Black History Month Concert hosted by UT's Butler School of Music.

In recent years, the University of Texas has used the February commemoration of African American contributions to our nation as an opportunity to shine a spotlight on the oft-neglected black composers of the 19th and 20th centuries. In partnership with historically African American universities, these free concerts have given local audiences the all-too-rare chance to hear compositions by William Grant Still, George Walker, Harry Burleigh, Undine Smith Moore, and J. Rosamond Johnson, as well as more familiar figures such as Duke Ellington, Miles Davis, and Dizzy Gillespie.

Some of the concerts have also focused on honoring a living composer, such as Roland Carter. That's the case this year, with the celebration of music by Charles Lloyd Jr., currently a professor of music at Southern University & A&M College at Baton Rouge. With more than 150 compositions to his credit, Lloyd is a major figure in the field of vocal music. His output has run the gamut from hymns to operas, cantatas to art songs, though he's most readily identified with spirituals, which constitute more than half his work as a composer. He has not only made arrangements that preserve the traditional sound of this rich music but also adapted them for choirs and created contemporary versions that draw on the art song tradition. His achievements in this vein have made his music sought out by the likes of Kathleen Battle and Jessye Norman.

The seventh Black History Month Collaborative Concert will be held Friday, Feb, 8, 7:30pm, at Bates Recital Hall, 2420 Robert Dedman Dr., UT campus. The concert is free and open to the public. The concert will also be webcast. For more information, call 471-5401. A quick note about parking: If you haven't been to UT lately, be advised that all campus parking now requires a permit, and the university is very aggressive about ticketing cars without permits. That's driving most visitors to the parking garages, but if you go to the San Jacinto parking garage, just west of the Music Building, and tell the attendant as you enter the lot that you're going to the Black History Month Concert, you'll receive a parking discount. 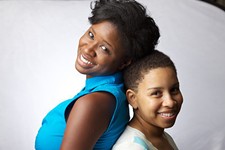