What (Roy) Moore Could You Want?

The maestro of Control Images unveils his first photo exhibition 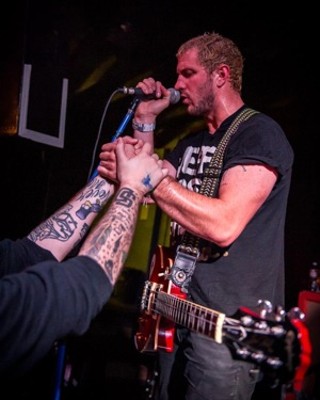 Future of the Left by Roy Moore

How does Roy Moore capture the color and texture of Austin, Texas? "It's just," he says, "a matter of going out and finding it."

Now Moore's taking what he's gone out and found, what he's trapped in his high-toned lens and honed with software, and he's presenting it as "Distillation" at Salvage Vanguard Theater's Lobby Gallery.

He's not a man who makes a living with his lenscraft, this Moore. Professionally, he's an electrical engineer: Working a day job for Oracle, bringing home the artisanal bacon by "looking at system statistics, hardware counters, and helping people figure out where their system bottlenecks are and how to get better performance."

They call it benchmarking.

But we're not going to talk any more about that, because whatever.

We're here to learn a bit about the man and what he's doing with this Distillation show:

Austin Chronicle: Roy, why do you take photographs?

Roy Moore: To maintain what little sanity I have left – and to nurture the insanity that's already there.

AC: OK, but it seems like there's a wide variety of insanity-nurturing options available in this world, so why photography in particular?

Moore: I've always liked photography, and it's something that I wanted to get back into – but developing film is a pain in the ass, and digital cameras sucked for so long. But it's gotten to the point where digital is actually decent now. And being a techno-head – otherwise known as a gear-head – I like gadgets and gizmos. So I picked up a camera when Emily [Breedlove, Moore's partner] started performing again, and I just started taking pictures.

Moore: Nowadays I shoot Nikon, pretty much. I have a little, like a toy camera, but my main one's a Nikon.

AC: And do you always have a camera with you?

Moore: I'd say 80 percent of the time, yeah. And the other 20 percent, I still have my iPhone.

AC: And what do you take photos of?

Moore: Mostly performances – theatre and music. I recently got to shoot one of my favorite bands, Future of the Left. And the Roller Derby – that's flat track, not banked track. Not to insult anyone on banked track.

AC: How'd you get involved taking photos of the Roller Derby?

Moore: I wanted to shoot something different, something I hadn't done before, and I'd never shot sports. And, women brutalizing each other on roller skates? Sounds like a beautiful thing!

Moore: And started shooting, yeah. They don't really – they kind of frown on that, now. It was a much looser time when I started doing that. This year I was officially a photographer for them, and I shot some the previous year. Now you have to go and sign a sheet acknowledging that you'll follow their rules. You'll give them an option on using your photos, and you won't use them in any way that degrades or disparages the league, and things like that. It's a standard media release.

AC: And what's your favorite thing to take photos of?

Moore: It really depends on the day, whatever ends up making me happy that day, when it doesn't feel like work. I'm drawn to things with color, texture, contrast – so I'd love to shoot more stuff like that, it's just a matter of going out and finding it. Wandering around, like "Oh, look at this new stuff that someone's graffiti'd up in an alley, it's lovely." I'll almost always take pictures of anything that I've never shot before, just to say I've done it – and you never know what might be fun.