Three for You, and They're Coming Up Fast! 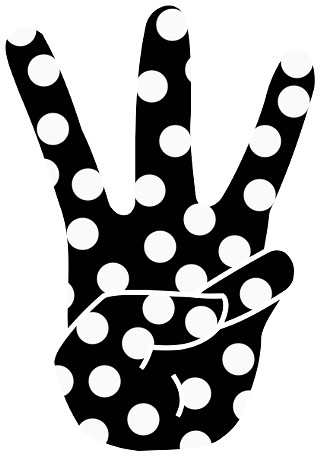 How many million little pieces?

What's going on this weekend?

Well, let's see: The rain will be, if we're lucky, still falling intermittently. You'll be seeing a movie or a show or two, maybe getting together with some friends, while around you – around each of us, miniscule hubs of existence that we are – the rest of the city does things commensurate with its new status as the thirteenth largest city in the U.S. of A.

So, a lot is going on, as always.
That's what these listings are for.

But we wanna hip you to just three particular things
that are going on in the next few days:

The Museum of Natural and Artificial Ephemerata is hosting a shindig this Friday night, an open house where you can see the current "House" exhibition as well as the MNAE's "Impermanent Collection." Scott Webel, who co-curates the place with his wife Jen Hirt, promises some form of live entertainment – "I'm not sure what, exactly," he says, "but it won't be dead entertainment." – along with the usual deeply storied delights the Museum has to offer, and a presentation from Webel's "The City of Living Garbage."

Sounds like a fine (read: quirky and slightly mysterious – a little bit Austin, a little bit Miskatonic) time to be had of an evening … and maybe we'll see you there among the "homes, atmospheres, greenhouses, guts, nests, wombs, and commodities"?

Now, "City of Living Garbage" might sound similar to, but shouldn't be confused with, The Cathedral of Junk. Still, note that there's something extra going on within Vince Hannemann's sprawling demesne of modern flotsam this weekend, too: 'Tis Pity She's A Whore, that late-Renaissance play by John Ford, brought back to life with eight actors playing 19 characters there among the chockablock array of cultural ejecta and elaborately towering whatsits. Travis Bedard, who appears in double roles in this 7 Towers Theatre production, assures us it's an excellent show.

While you might think "'Tis pity she's a whore" for any number of reasons – especially if you have yet to fully consider the situation of sex-workers or haven't gotten around to reading Chester Brown's personal and philosophical Paying For It from Drawn & Quarterly – while you might think that, we say, you're less likely to think "'Tis pity she's a choreographer." Especially if the choreographer in consideration is Forklift's Allison Orr, who recently brought us the Trash Dance project and who is currently debuting her latest more-than-just-a-diversion: The Austin Symphony Orchestra's longtime conductor Peter Bay.

That is to say: Peter Bay, both conducting and dancing solo, embodying movements that Orr created with inspiration from the conductor's own baton-wielding style. And this delightful kinetic spectacle is complemented by a musical score composed by Graham Reynolds and lighting by Stephen Pruitt.

People, sometimes it's hard to love this town enough,
you know what I'm saying?