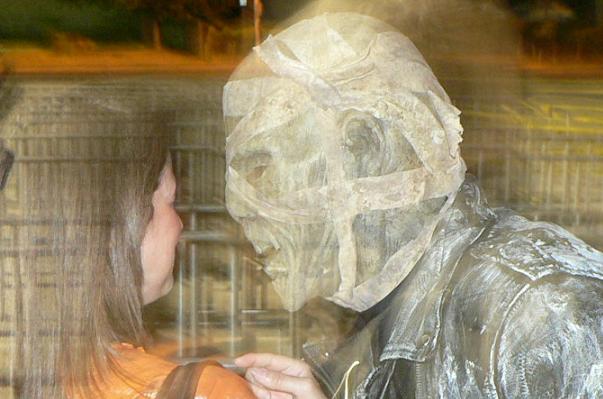 If you think you've been to the House of Torment before, think again. Austin's nationally recognized Halloween haunt has been torn down and rebuilt, fresh for the new scaring season. House vice-president Jon Love said, "Everybody that works here is never satisfied in January with what happened in October. So it's better, more, new, different."

Entering its eighth Halloween as a commercial operation, and its sixth at its Highland Mall location (read more about its dark history here), what started as a little home haunt has gained national acclaim. It's the number 12 Halloween attraction in the nation, according to trade journal Haunt World magazine, and MTV puts it in the top four haunts South of the Mason Dixon Line. 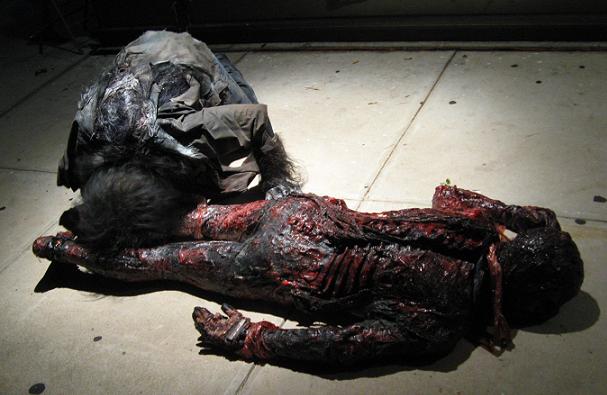 While it's only open for the Halloween season, the House is also one of the few haunted attractions in the region with a full-time production staff, who spend all year working on creating the biggest, most elaborate and expertly crafted scares possible. According to Love, "With the new size, the new monsters, it's the biggest production we've ever produced. … There's new cast, new plots, new storyline. We kept some of the crowd favorites, but everything else has essentially changed." 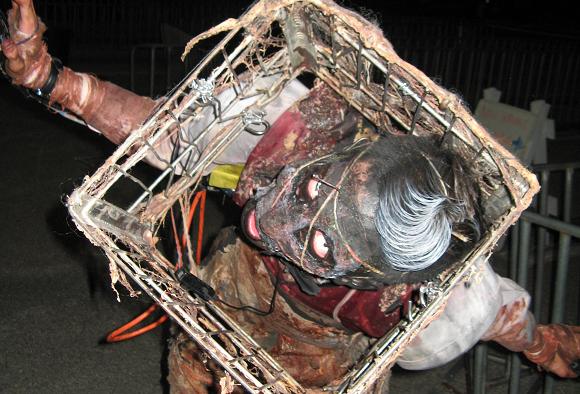 First up is what Love called "the third part of our post-apocalyptic trilogy." Beginning in 2008 as Contagium and evolving in 2009 into Rise of the Abominations, it lurches into an ever more brutal future with Rise of the Immortals. Next door, what was the fun house-esque Illusion Manor takes a darker twist as Nightmare Mansion, where Victorian man of unholy science Doctor Incubus has been experimenting on his family. While Immortals is a hardcore haunt, Love described the Mansion as "more of a theatrical story, where lines are delivered and a plot unfolds." There's also the addition of a 4D ride, which serves as a palate cleanser between the two houses. "Every now and then, monsters will get in there and watch the movie with you, which is a pretty neat experience," Love said. 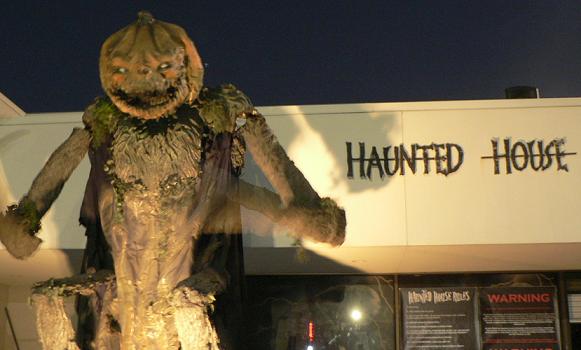 Smiling and waving to the crowd at the House of Torment, one of the new additions to the cast. (Photo by Richard Whittaker)

Part of what makes the House of Torment such a hit is its acting staff (this year, headed up by 2008 B. Iden Payne Award nominee Fiona Rene) from the icon characters menacing the crowds outside to the scarers lurking inside. However, the biggest performer is the House. Last year, owner Dan McCullough said that his ambition was to make it scary all by itself, so that the actors have a world-class stage to work against. Building animatronic monsters from scratch or carving up existing mechanical beasties to their own twisted ends has become a cottage industry in the House. This year, Love said, "We developed the biggest props we've ever produced before." In addition to some recognizable and re-made demons, there's some new additions that will reach out and grab you (literally.)

However, that technology isn't just for the big things in the (after)life. Love said, "We also made an investment in scare tools, handheld implements that the actors employ both out in the parking lot and in the haunted houses that do different things. We have noise makers, light makers, sound makers, these things called boom sticks that make an electrical flash." 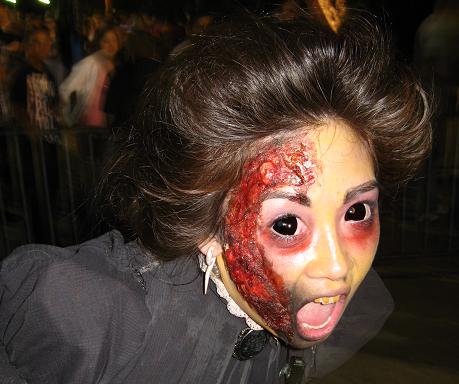 However, the biggest evolution for Team Torment came earlier this year, when McCullough decamped to San Antonio for several months to set up The 13th Floor. That's a joint venture between Team Torment and Screamworks Entertainment, the firm behind Denver's famous The Asylum scarer. It was a gamble that has paid off. Early in the Halloween season, McCullough sent Love a picture of the line on a Friday night: It stretched for three blocks. Love called the experience of setting up a new haunt in a new city "the most incredible roller coaster ride I have ever been on." While the House changes and morphs every year, 13th Floor is "the most incredible blank canvas," Love said. "Austin and San Antonio, it's two different products, two different styles, but I'm incredibly proud of what we've done with both." 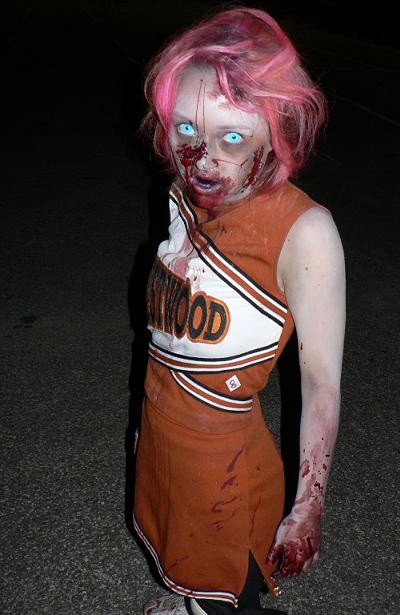 Putting some spirit into Team Torment (Photo by Richard Whittaker)

Even with the tough economy, the House is still having a bumper year. It's left the staff with the fortunate problem of having to work out how to deal with the large crowds, but after eight years they've become experts at such issues. Love said, "What we do when we look at our business is that we put our blinders on and say, 'OK, what do we want to do to make the show better? What do we want to do to try to out-do ourselves?" 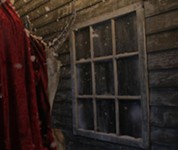