Fiddler on the Roof at Bass

Road show on through Sunday

Fierstein as Tevye (by Broadway Across America)

The road show of “Fiddler on the Roof,” in Austin through Sunday, is a thoroughly enjoyable production of the classic play. Veteran actor Harvey Fierstein plays Tevye, reprising his lead role in the record-breaking Broadway revival. It’s a great play - if you go, mazel tov.

Set in a Jewish village in the Russian Ukraine in the early 1900s, “Fiddler” is a funny, affecting and thoughtful story about a family with five daughters, three of whom get married in its course, set against the backdrop of political and religious tensions that culminate in a pogrom. The songs (especially in the first half) are terrific, “Tradition,” “If I Were A Rich Man,” “Matchmaker, Matchmaker,” and “Sunrise, Sunset” among them.

Also returning capably to her role is Susan Cella, as Tevya’s wife Golde; Broadway veteran Mary Stout plays the matchmaker, Yente. Fierstein plays Tevye for humor, rather than the role’s more tender, poignant side; he hams it up with physical and vocal bits of business that had the house roaring. (His raspy growl of a voice was a distraction, but he sounded less duck-like as the evening wore on.)

The musical numbers were all a pleasure, and the production was free of technical flaws. At times the actors’ delivery was a tad rote, missing the full emotional range of the material - a weakness common to road shows. Noticeably fresh was Katie Babb, an understudy who on Tuesday night stepped into the role of second daughter Hodel; she shone brighter than the more practiced actors on the stage. The show is suitable for children; there's a 2pm matinee on Saturday. 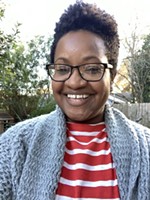 Fiddler On The Roof, Fiddler