Dip your toe in local culture

We doubt you'll have time to try all of these activities, but don't leave without partaking in a few or it'll be like you were never here. 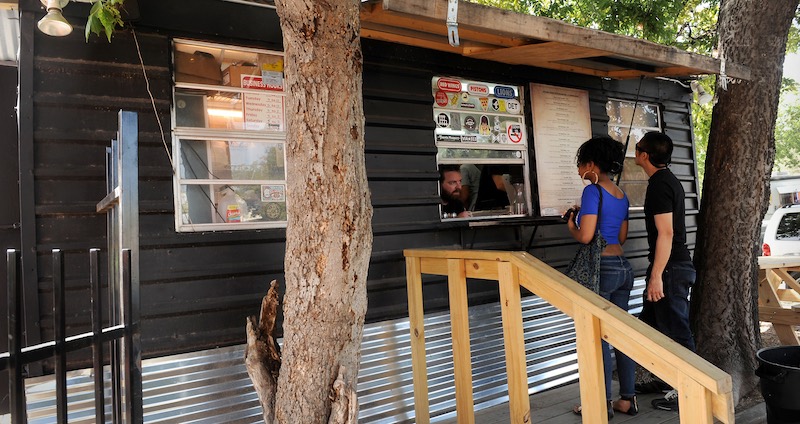 Austin has hosted four-wheeled fare for over a decade, but where the novelty wanes, the quality soars. And though Austin’s food-truck parks find themselves dogged by this city’s insatiable appetite for high-rise construction, these nimble vendors continue to thrive in the downtown district. Fan favorites include the Violet Taco (600 W. Sixth), where the Mighty Mo comes with juicy garlic-lime shrimp and tangy red cabbage slaw on a homemade tortilla. For dessert, order the tortillas con mantequilla, “gangster” style: all dressed up with cinnamon, local honey and powdered sugar. The plant-based crowd is advised to try Arlo’s (900 Red River) Bac’n Cheeze Burger, a mainstay in Austin’s vegan comfort food arsenal. Any carnivore companions will be too busy licking their fingers to crack wise about missing protein. On Rainey Street you’ll find darling Little Lucy’s (74 Rainey), where a few bucks gets you a heap of adorable minidonuts with flavors named after dog breeds. Opt for the Schnauzer, a generous dusting of pistachio, lavender, and vanilla-flavored sugar over pint-sized rings. And when you find yourself on Sixth Street with a spinning head and a growling stomach, it’s your time to pick a camp in the drunk truck showdown: hot dogs versus pizza. In the red corner, the Best Wurst (Sixth & Brazos) stands poised with curried ketchup and onions spilling over generous bratwurst on freshly baked buns. In the blue corner, a double team of Hoboken Pie (718 Red River) and Via 313 (61 Rainey) sling the best slices to be found in the wee hours (and otherwise). In the name of southern hospitality, why not try all three?

A quintessentially Austin activity: working up a sweat waiting in line to sign in at the sultry studio at Black Swan Yoga (403 Orchard). Austin has no shortage of top-notch yoga studios, but this donation-based powerhouse intertwines a cozy thermostat setting, soft disco lighting, and just enough spiritual crunch to spin out the best stretch session in town. A/C-philes and germaphobes beware: these classes are heated, so you’ll leave dripping in good intentions, but maybe also your neighbor’s sweat.

You know what they say: when in Rome, get turnt on the critically acclaimed local brewskies until you pass out on top of the Willie Nelson statue. For Texas-born beer, head to Craft Pride (61 Rainey) and try Martin House’s Cellarman’s Reserve IPA or Independence Brewery’s prolix but delicious Bourbon Barrel-Aged Convict Hill Stash. Or take a seat at one of the funky two-toned wooden tables at Easy Tiger (709 E. Sixth), which similarly boasts a generous selection of Texan taps. If you’re not into bubbles, grab one of its famous soft-baked pretzels and a neat Herman Marshall, an award-winning whiskey that hails from Garland, Texas. Alternatively, make like the college crowd and knock back round after round of Deep Eddy lemon vodka waters to 80s dancehall at Barbarella (615 Red River).

Explore Austin’s farm-to-face offerings at one of the downtown farmer’s markets. The Sustainable Food Center’s market (Saturday, 9am-1pm at 422 Guadalupe) goes beyond providing the basic mesmerizing arrays of organic produce to bring visitors prepared foods from the Wafel Guys and Tex-Indian spot Anjore, music from local performers and an imagination playground for tots (and anyone into life-sized LEGO-style fun). Further east, there’s the HOPE Farmers Market (Sunday, 11am-3pm at 412 Comal), which I insist has a leg up on SFC because, as one Yelp reviewer gushes, “Everyone here is attractive AND they have a petting zoo.”

Among the more interesting amorphous blobs one can witness in Austin is our million-odd strong, summering colony of Mexican free-tailed bats, from which the city derives its unofficial mascot. You can see the bats leave on their nightly mass hunting trip if you squint real hard from your Airbnb window, or you can pop a squat on the Congress Avenue bridge for an up-close look at the spectacle that draws Austinites and foreigners alike. For ten bucks, hitch a ride on the Lone Star Riverboat Bat Watching Cruise, which coasts directly under the Congress bridge for an occasionally shitty (literally) but nevertheless delightful experience.

At some point during your visit to Austin, you’ll feel a mysterious and powerful desire to boot scoot despite likely being egregiously ill-equipped. Luckily for you, vintage shops on practically every block in this town find themselves in perennial, desperate need of clearing their well-loved inventory of cowboy boots. This is because Texas is among the precious few states wherein it ain’t the least bit hokey for a city slicker to own such a pair of footwear, or three or four, to rotate depending on your destination: line dancing, pho takeout pickup, board meeting. You could shell out a stack of Benjamins for top-of-the-line Luccheses at Allen’s Boots (1522 S. Congress), or you could treasure hunt for tastefully distressed Fryes at neighboring Leighelena (1714 S. Congress), Brazos Trading (6539 N. Lamar), or Blue Velvet (217 W. North Loop). 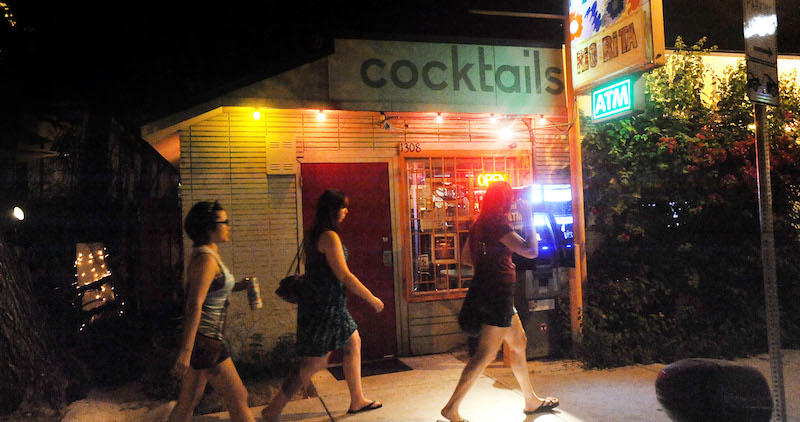 Do you dream of whiling away hours at a cozy cafe amidst a swirling ambiance of radfem crochet meetups and earnest pontification on alien life forms? Well, you’re in the right southern liberal oasis. While Epoch (221 W. North Loop) inarguably holds the title for best eavesdropping, you can find acceptable substitutes downtown in Rio Rita 1308 E. Sixth), Cenote (1010 E. Cesar Chavez), and Caffe Medici (804 Congress). For those with delicate sensibilities, check out the elegantly restrained Houndstooth (401 Congress) outpost inside Frost Tower’s staid ground floor.

A visit to Austin isn’t complete without a tour of its requisite Instagram backdrops. You’ve probably seen the SoCo “i love you so much” tag, or 1080p patches of the Castle Hill Graffiti Park, but have you captured poorly executed “special effects” photography of the Stevie Ray Vaughan statue by Auditorium Shores? Or how about being snapped underneath one of Austin’s historic moonlight towers, relics from a bygone age free of today’s convenient light pollution? If you have any self-respect, you’ll get a group jumping pic in front of the 360 bridge, a snap where you’re petting a pup at Zilker, and an introspective shot of you gazing in awe at the beautiful Capitol building. 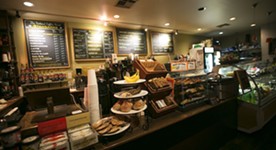 Local Eateries to Feed Your Hangover
Feast your eyes, then your stomach 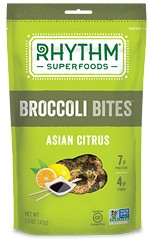 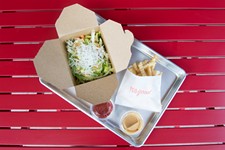