The Luv Doc is not trying to fetish shame Art by the Luv Doc

So over time I've become friends with a girl from Norway with her own YouTube channel. It started with a few comments on my part, and then it blossomed into full-blown conversations. She is quite beautiful, and guys are always leaving inappropriate remarks or overtures, which she usually ignores. It's been nearly two years, and over that time I've developed feelings for her as more than just a friend. I'm sure she suspects, but neither of us have said anything "out loud." I desperately want to meet her in person, to see if we would get along. I'll admit I'm a bit older than her, which I've been honest about from the beginning. She's incredibly bright, and we have similar enough interests with just the right amount of differences to keep things interesting. The problem is I know if I tell her something, it could never be the same, but if I don't, eventually she's going to get a boyfriend, and it'll be too late. How should I tell her how I feel?

There are a lot of important facts missing here, but I have never been one to let niggling details deter me from weighing in with a strongly worded if perhaps ill-informed opinion. On my initial scan of your missive, there were a few phrases that raised red flags right off the bat. The first one – and I have to admit it pretty much jaded everything that followed – was, "I've become friends with a girl from Norway with her own YouTube channel." Innocent enough. There are plenty of people with their own YouTube channel. I met a Jimmy John's driver a few months back who was a self-described YouTube influencer. He had game. I almost paid his $200 endorsement fee until I remembered that Jimmy John's tastes like tepid garbage with the flavor removed, and that this fellow's association with the purveyors of what amounts to culinary hate crime might sully my pristine social media presence. In retrospect, that decision might have been a bit too hasty. Not everybody gets to work at ThunderCloud.

Anyway, if you had followed up that YouTube bit with something like, "We met at the annual Furry Convention in Malmö," I might feel a bit more confident in telling you to bare your soul, but instead you followed it up with, "It started with a few comments on my part and then it blossomed into full-blown conversations." Bruh. YouTube comments? You got to step outside yourself here. Yes, trading comments on YouTube posts – and maybe even DMs – on a regular basis could certainly be construed as a friendship, but it could also be construed as someone trying to build/maintain a YouTube audience by interacting with her followers. Smart money is doubling down on the latter – like 99% of the time.

Now, I know I probably just triggered a whole Skynet of defense mechanisms, but like I said, I don't have all the facts. For all I know you might be one sexy older motherfucker. You might look like Brad Pitt fixing that antenna in Once Upon a Time…in Hollywood. If so, you might want to work on your self-confidence in some way other than hitting on younger female YouTubers. Not trying to fetish shame here, but that one isn't particularly healthy … societally or personally. I was going to tell you to Google "mental health YouTube channels," but strangely Yoga With Adriene is listed in the top 10, and even though she does a fantastic job of yoga coaching, I kind of feel like you need a detox.

I am not saying you shouldn't get into yoga. It's great for older people! However, the problem you may or may not need to address is whether you have created a reality … or even a possibility in your mind that might not actually exist – one in which your Norwegian YouTuber sees you as anything other than a follower. The good news is that it's easy enough to find out. All you have to do is tell her you have feelings for her romantically. Guess what? Even if she doesn't reciprocate she might feel flattered, but trust me, it won't be awkward for her unless you make it awkward. So, if you don't feel like you can maturely and gracefully handle her rejecting you, keep that shit bottled up. Otherwise, tell her how you feel. After all, hearts were made to be broken, right? 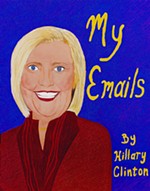