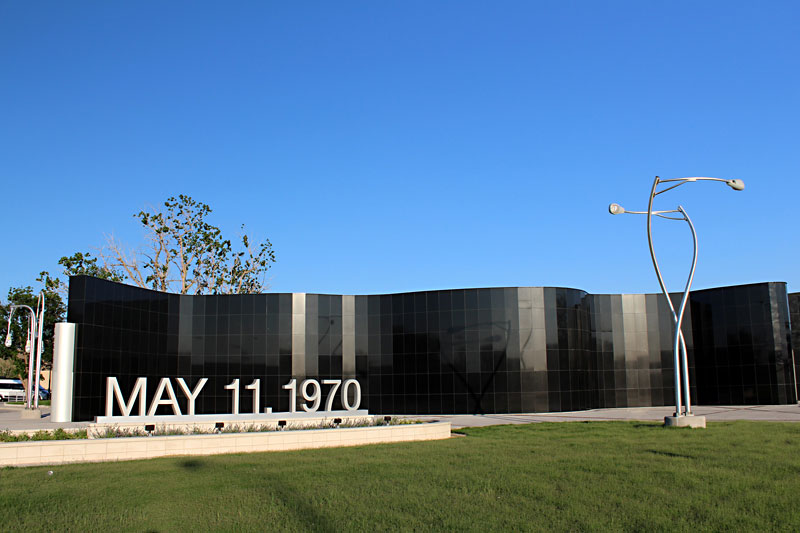 The Lubbock Tornado Memorial commemorates the twisters that tore through town on May 11, 1970. The polished, black granite walls symbolize the paths of two tornadoes that demolished large sections of the town.

The skies had been clear most of the day on the Monday until storm clouds began to gather late in the evening. At 8:30pm the first tornado developed over the east side of Lubbock. At 9:35pm a much larger F5 twister with winds of 145 to 290 mph carved an 8.5-mile path of destruction through Downtown ranging from 1.5 miles to a quarter-mile wide over the next 30 minutes. In the aftermath, 26 people were dead and nearly 2,000 injured, and 8,800 homes were damaged. Electricity and phone service were cut to most of the city. The 20-story Great Plains Life Building (now the NTS Building) remained visibly twisted as a physical reminder of the vicious vortex. It was the most expensive tornado in U.S. history until it was exceeded by storm damage in Omaha, Neb., in 1975.

The dedication of the 4-acre outdoor memorial was set to commemorate the 51st anniversary of the storm, but bad weather caused a delay. Two 20-foot-tall granite walls twist through the green space following the path on a map through Lubbock. Engraved in the black rock are the names of the dead and the words of the survivors. Four artistically twisted light posts illuminate the grounds, and standing alone at the east end of the memorial is a broken utility pole – actual damage from that night. 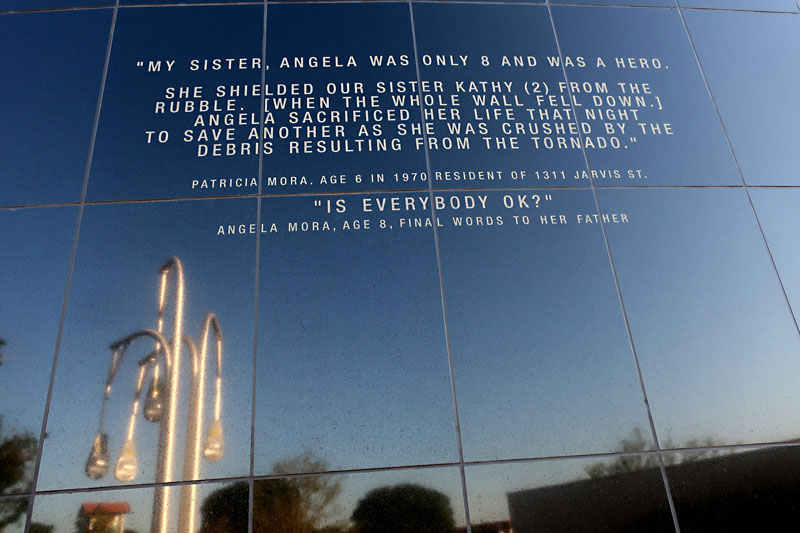 The Lubbock Tornado Memorial is at the entrance to the Lubbock Memorial Civic Center off Avenue Q at Glenna Goodacre Boulevard, a few blocks south of the Marsha Sharp Freeway.

1,601st in a series. Follow “Day Trips & Beyond,” a weekly travel blog, at austinchronicle.com/daily/travel.