The real lede, of course, is ... celebrities! 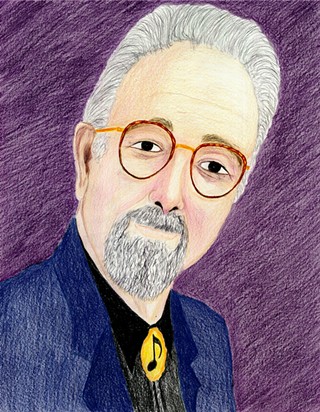 I am just going to come right out and say it: The Austin Chronicle's high society coverage has traditionally been a bit lacking. I mean, come on. When we post a picture of Elon Musk, Dave Chappelle, Joe Rogan, Grimes, and Ron White glamming it up in the boom-boom room at Antone's, it's only to complain that they're maskless and swapping COVID like it's some sort of QAnon tonsil hockey sesh. The real lede, of course, is ... celebrities! We have them! Don't they look super famous! Well, in my humble opinion, it's time to correct course, and while I couldn't get editorial to sign on for a Chronicle bachelor auction out by the volleyball court to raise money for some worthy cause necessitated by some billionaire's relocation tax break, I figured I would use this year's Top 10 issue to jump into the high society journalism game get the bachelor auction ball rolling, as it were, with my list of top Austin bachelors! I know it's probs going to spark some controversy, but the Luv Doc has never shied away from making the hard choices. OK, so here we go ... in no particular order or sexual orientation.

1) Elon Musk Yes, he's got an exceptionally hot baby mama, a rocket fetish, and a slight case of Asperger's that could potentially generate some conversational awkwardness, but on the plus side, anyone who can build a self-driving car can probably whip you up your own private android masseur, pedicurist, brilliant conversationalist, and insatiable fuckboi with the spare $30 million he's lost under his sofa cushion. Don't overlook this dark horse.

2) Jack Smith Bartender at Dumont's Down Low, a bar I never even knew existed, so you know it's probably cool AF. Not only is Jack a former Mintyboi at Juniper, he is a Southwest Texas matriculant, a visual artist, and author of the song, "2020 Can Eat a Bag of Dicks."

3) Marcus G. Ollington, Esq. No, he's not an attorney; he's a cartographer, so you know he will have a plan, even if it's a horrible one. Marcus has memorized the entirety of Pulp Fiction and How the Grinch Stole Christmas, and has a personal anecdote so embarrassing it's easily worth one date at least. Just make sure to check in and see what he's wearing, because you might need to talk him out of a Hawaiian shirt.

4) Kyle Bunting Plus side: Kyle is the successful owner of a world-renowned hide rug company based in Austin, Texas. He is also exceptionally good-looking and his Facebook profile says he's single. Also plus side: He knows how to skin animals and make colorful fur rugs. Maybe not your go-to if you're a vegan, but otherwise, grrrr!

5) Alissa Ziemianski What? You thought the Chronicle would have a top bachelors list and it would be entirely hypermasculine straight dudes? Where are you from? Stephenville? Gender notwithstanding, Alissa has big organ energy out her wazoo. She's the president of the Austin Coed Soccer League, has her own Instagram page, and regularly plays volleyball out behind the Chronicle. She's originally from Cleveland, but she parties like she's from Akron.

6) Robert Summers Robert is an award-winning film writer/director who has an identical twin brother (as long as they both shave ... or don't), so make sure you check his ID before you get ... intimate. Plus side: He is a UT Graduate and he owns a Ninja Air Fryer.

7) Governor Greg Abbott You're probably thinking, "Wait a minute ... Greg Abbott isn't a bachelor!" Well, he isn't much of a governor, either, but Greg has never been one to let limitations stand in his way. He may not be much to look at, but one thing is certain: If you're a woman in Texas, Greg Abbott has already fucked you. At the very least he owes you a steak dinner.

8) Sammy Ragland If you're a fan of the Austin psychedelic, shoegazer, post-rock band the Dry Season, you're going to love Sammy, who may well be single – at least that's what his cousin says. Sammy is not only a talented musician, he also owns his own successful legal video business. He can explain that to you on your first date ... or not, if his cousin is wrong.

9) Dr. Jeremy Goheen I know, I had you at "doctor," but Jeremy is a doctor of philosophy, so don't get your knickers in too big of a twist. That said, Jeremy is a truly wonderful fellow who is a teacher, dog lover, fantastic dancer, and former professional tanner. He also ain't hard to look at.

10) Earl Poole Ball Not only is Earl Poole a famous musician and American music legend, he's also single, but he isn't thirsty, which makes him even sexier. He's exactly the level of celebrity who would get invited to take a picture with Grimes and Dave Chappelle, but wouldn't because he ain't tryin' to catch a case. If you want to chat him up, he's at the Continental Club every Saturday afternoon, but wait until he finishes his set or the regulars will get in your ass, big time. 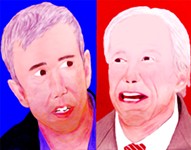