Resilience of pioneers is captured on historic site 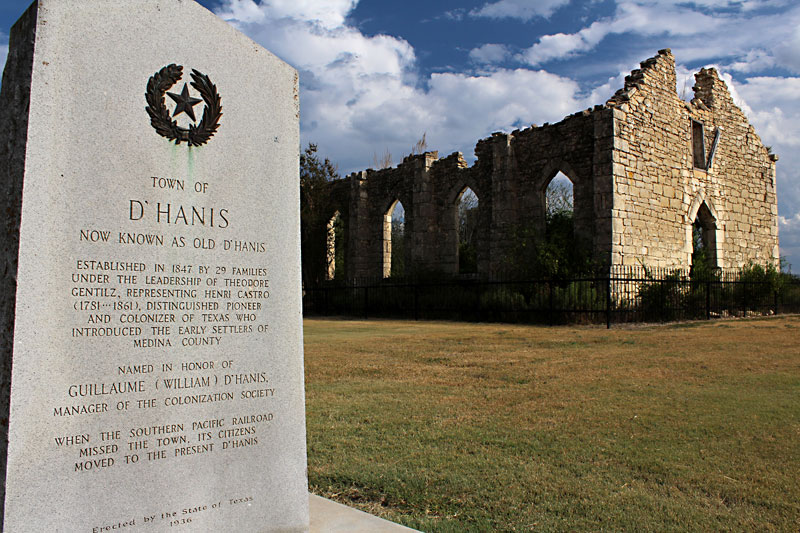 The ruins of St. Dominic Church in D'Hanis stand as a picturesque testament to the resilience of the pioneers who settled the brush country west of San Antonio. 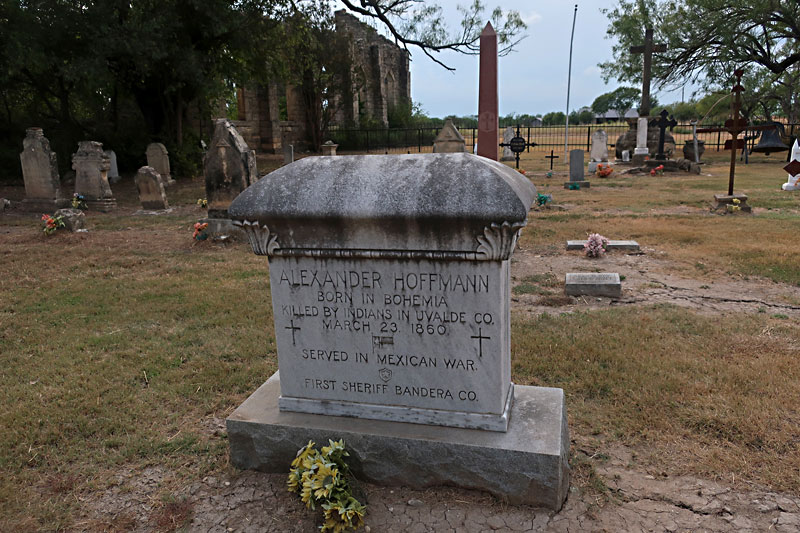 Between 1843 and 1847, Henri Castro brought 485 families and 457 single men to Texas. Most were French and German from Alsace. Of the four villages the immigrants founded, D'Hanis, named for the colonization company's Antwerp manager, was the last in 1847.

A priest came from Castroville to minister to the 29 families who made up the settlement. The grand church was finished in 1854 with an extension added in 1869 that included a towering wood steeple. 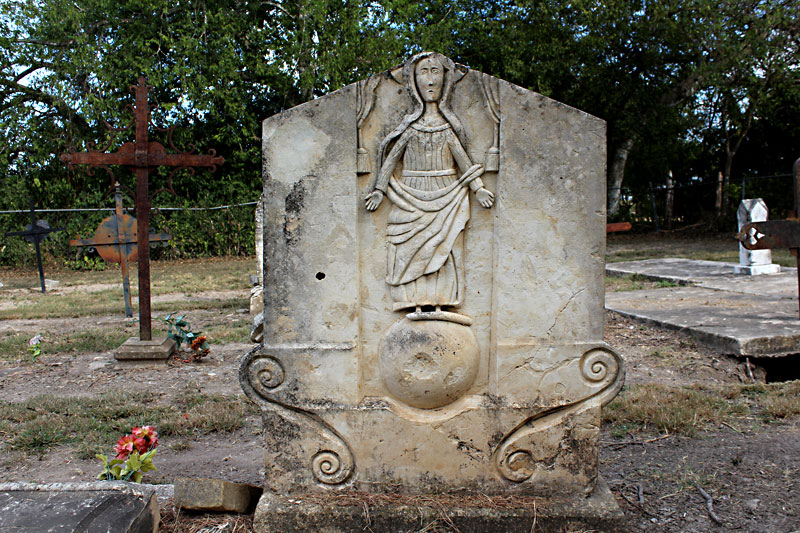 It all came tumbling down in 1912 when the stone and timber church caught fire. By then most of the residents had moved 1.5 miles west to be closer to the railroad at New D'Hanis, where they built a new church.

Used until a diphtheria epidemic in 1893, the tidy little graveyard next to the crumbling church walls holds the remains of many of the town's original residents. The inscriptions on the European-style headstones and wrought iron markers are faded and many are in German.

The oldest grave is of 18-year-old Mary Ann Rudinger who died on the day the colonists arrived at the town site. Not far away is the grave of Alexander Hoffmann, the first sheriff of Bandera County, who was "killed by Indians" in 1860.

The ruins of St. Dominic Church once stood in the center of D'Hanis, but is now east of town, south of U.S. 90, and north of CR 5223 on CR 5226. A bronze tablet near the entrance to the cemetery lists the names of the pioneers laid to rest here.

1,570th in a series. Follow “Day Trips & Beyond,” a travel blog, at austinchronicle.com/daily/travel.