Three Rivers Petroglyph Site in South Central New Mexico contains one of the largest collections of ancient rock art in the Southwest. More than 21,400 images of birds, animals, humans, and geometric designs were scratched into the dark-brown veneer of the volcanic rock, leaving white lines. 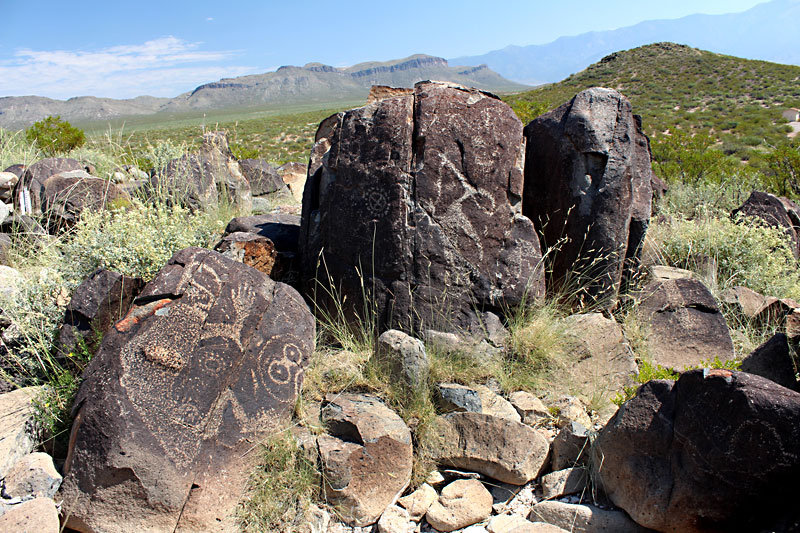 Done between AD900 and AD1400, the symbols are probably not the work of some early graffiti artists. The Jornada Mogollon people responsible for the art lived a hardscrabble life with every day a struggle, and surely had some important reason for expending the effort. There would have been little energy left for something as time-intensive as many of the designs.

Scientists are at a loss to explain most of the symbolism painstakingly chipped into the rocks. Some of the images, like the bighorn sheep or etchings of birds, are frequently used in Native American art. But the meaning of the circle-and-dot motif prevalent at the Three Rivers site are not common at other Jornada rock art sites. 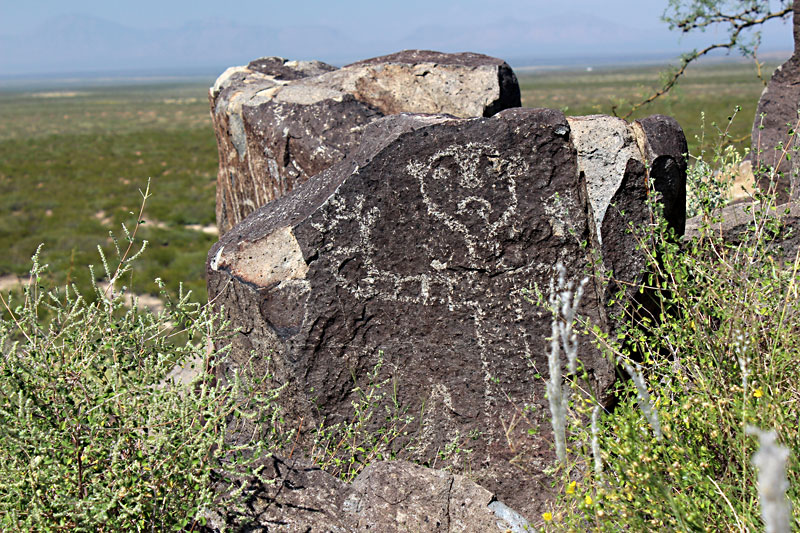 The petroglyphs are scattered among a large pile of rocks seemingly randomly dropped in the desert to the west of the Sierra Blanca Range. The half-mile trail along the rocky ridge is considered "rugged" mainly because of the many stone steps and uneven terrain. Temperatures at the outcrop can be extreme.

Three Rivers Petroglyph Site is 17 miles north of Tularosa, N.M., and about an hour's drive from Ruidoso. Managed by the Bureau of Land Management, the park is 3 miles off U.S. 54. The visitor center is staffed by volunteers who give a good overview of the site's history. Shaded picnic tables, restrooms, and drinking water are available at the site.

1,508th in a series. Follow “Day Trips & Beyond,” a travel blog, at austinchronicle.com/daily/travel.