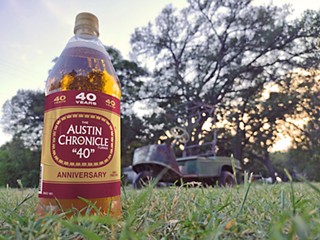 This week's cover was shot in the Chronicle's backyard, next to the volleyball court that still hosts a weekly game, though most staff haven't been back inside our office building since March of 2020. I'm pretty sure that golf cart has been there as long as I've been at the Chronicle – I showed up in 2000, a newly hatched RTF grad from UT – and as far as I remember, in all of that time, it's never actually been functional. It got parked there and died, and now it's just part of the landscape. There's a metaphor there about how resistant we are to change here at the Chron, but best not to poke that bear too hard.

The cover's golf cart is also a thematic string leading back to the Chronicle's 20th anniversary issue, in which the terrific investigative journalist Jordan Smith, now at The Intercept, reported straight-faced on the "The Great Golf Cart Swimming Pool Massacre" – an early Eighties, seminal event in Chronicle lore. That issue, which came out a week before the 9/11 attacks, ran an astonishing 184 pages long.

This issue marking our 40th anniversary is a much more modest affair. To be honest, the date kind of snuck up on us, which is why a hurried email was sent out a few weeks back to as many current and former writers, reporters, and editors as we could think of (apologies to everyone we missed). We asked alum to revisit their work – a favorite story, an impactful piece of reporting, a wild night out on assignment. Quite a few expanded that brief to write about how the Chronicle changed their lives – made them a better writer, or pushed them in the direction of a new career, or put them on the path to meet their future partners. I'm grateful to everyone who shared their stories. And of course I'm grateful to our readers as well – the ones who've been with us since the beginning and the ones who've just picked up the paper for the first time. To the latter group – come back next week. We're always here.

I note with great anger and sadness that Texans today have fewer reproductive rights than they did 40 years ago. On Wednesday, the most restrictive abortion law in the country went into effect in Texas. It bans the medical procedure at around six weeks (which is before most people know they are pregnant) and incentivizes private citizens to sue abortion providers. Read more about that in "Parade of Horribles," News Editor Mike Clark-Madison's rundown of new (mostly terrible) laws that went into effect Sept. 1, here. 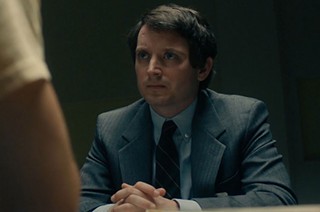 Elijah Wood in Man of God

A Man Among Monsters: Richard Whittaker interviews No Man of God star Elijah Wood about finding the heart of a man who hunted serial killers.

Terror in the Throne Room: We Need to Do Something writer Max Booth and director Sean King O'Grady talk about making a bathroom the most terrifying place on Earth.

The Verde Report: Can Austin FC bounce back in Vancouver on Saturday? Look for Eric Goodman's weekend game analysis; sign up at austinchronicle.com/newsletters to have his column and recaps delivered straight to your inbox. 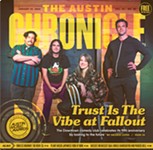 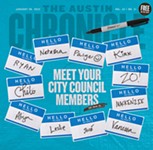