Make a wish at the oldest living thing in Texas 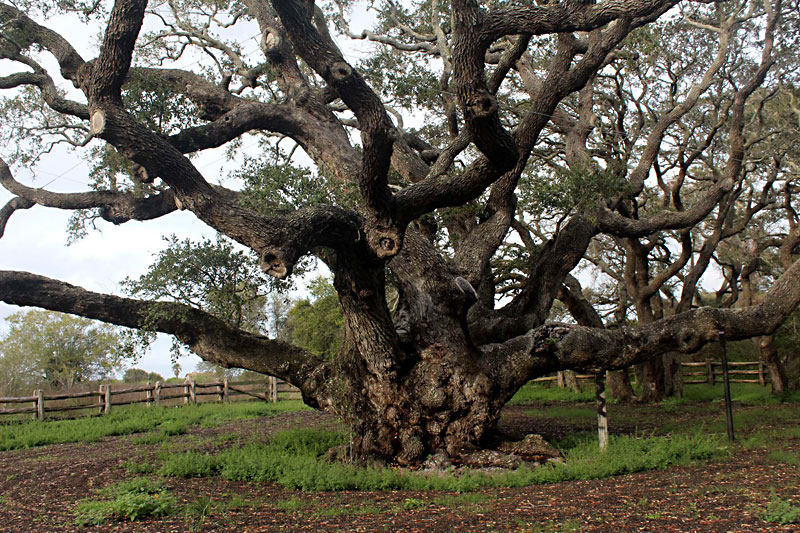 The Big Tree, an extension of Goose Island State Park about 13 miles north of Rockport, has been hammered and battered by Mother Nature over the centuries, and still it spreads its gnarly limbs over the coastal prairie. 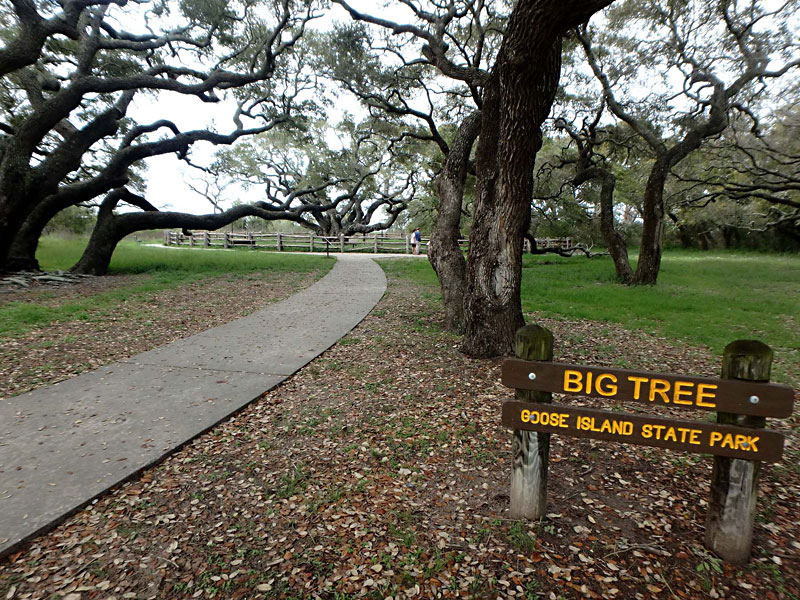 Most days, a steady stream of visitors stop at the small parking lot at the Big Tree. They don't stay long. It only takes a few minutes to walk around the tree's massive 90-foot canopy and pay your respects to the oldest living thing in Texas.

No one knows for sure the age of the 45-foot-tall live oak (Quercus virginiana). Estimates put the 35-foot circumference of the trunk at beginning between 500 and 3,000 years ago, with the best guess to be around 2,000 years. That would put 1969's state champion coastal live oak at more than 500 years old when Cabeza de Vaca visited in 1528. 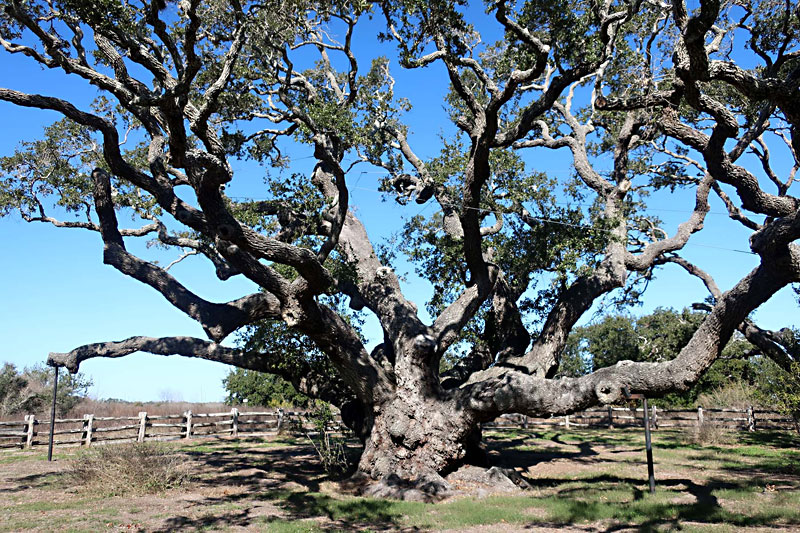 Only a short distance from St. Charles Bay on the Lamar Peninsula, the tree was known to European settlers by at least 1839. For generations the generous canopy hosted social gatherings.

Goose Island State Park was built between 1931 and 1935 on the opposite side of the peninsula from the tree, and the state took custody of the tree. Endangered whooping cranes still return to the peninsula and the park that was purchased as wintering grounds for the birds.

The Big Tree is off of State Highway 35 at the north end of the Copano Bay Causeway. Turn in to Lamar and follow the signs to the pocket park near the end of 12th Street. Visitors are welcome to come make a wish on the hardy old tree anytime during daylight hours.

1,558th in a series. Follow “Day Trips & Beyond,” a travel blog, at austinchronicle.com/daily/travel.

Editor's note: This story has been corrected since publication; the location is off State Highway 35, not the interstate. 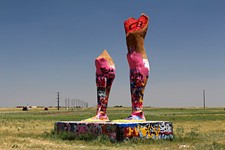