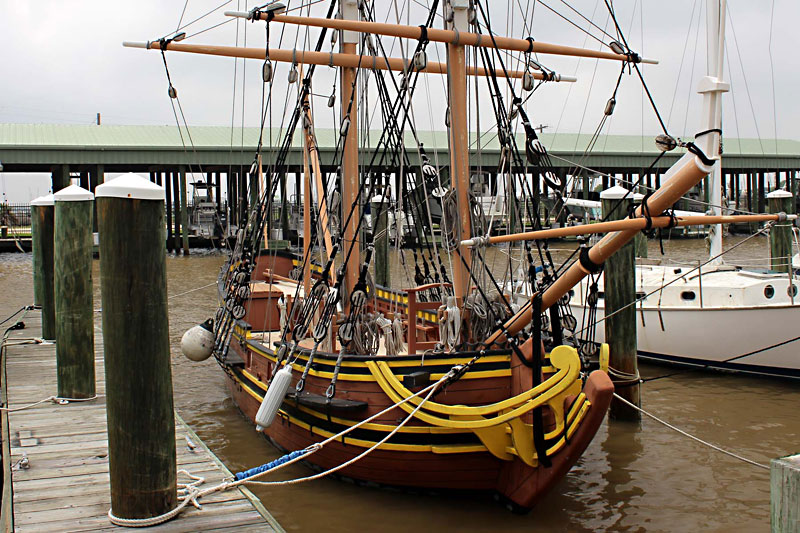 La Petite Belle, moored in Palacios, provides a three-dimensional, seaworthy model of La Salle's ship that was found on the bottom of Matagorda Bay.

The beauty of the 17th-century French ship was lost in the muddy floor of the bay halfway between Houston and Corpus Christi. The half-scale model in Palacios recreates the flourishes on the bow and the vibrant colors of her hull. 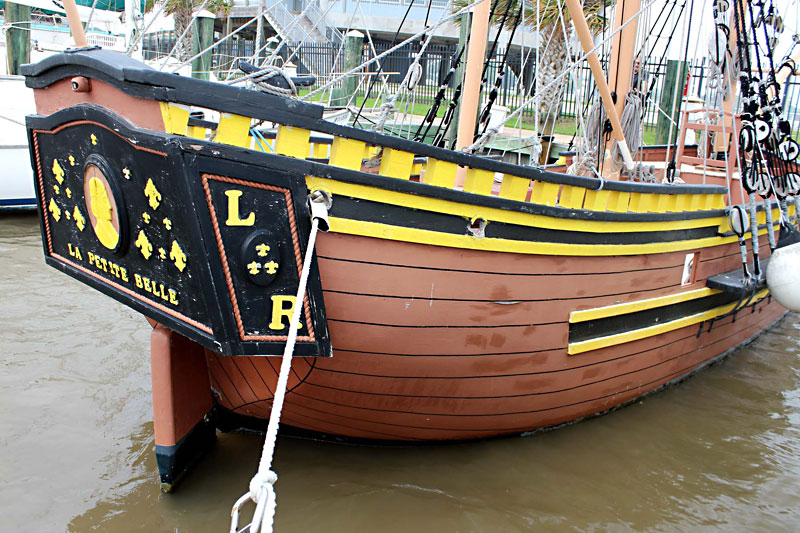 René-Robert Cavelier, sieur de La Salle, left France in 1684 with four ships looking for the mouth of the Mississippi River, but landed on the Texas coast. The smallest of the ships, La Belle ran aground and sank in a storm.

In 1995, archeological excavation of the 54-foot, three-mast barque was done by the state using Palacios as the base of operation. Along with cannons, tools, and skeletal remains, the remnants of the wooden hull were recovered and ultimately installed at the Bullock Texas State History Museum in Austin.

In 2002, a group of Palacios residents began building a half-scale working model of La Belle as an educational tool and ambassador for the port city. The design of the 30-foot fiberglass sailboat was based on drawings of the original ship, says Ted Riccio, La Petite Belle's captain. It takes four sailors when the seven sails are unfurled, or a crew of two when using its 30-horsepower diesel engine. 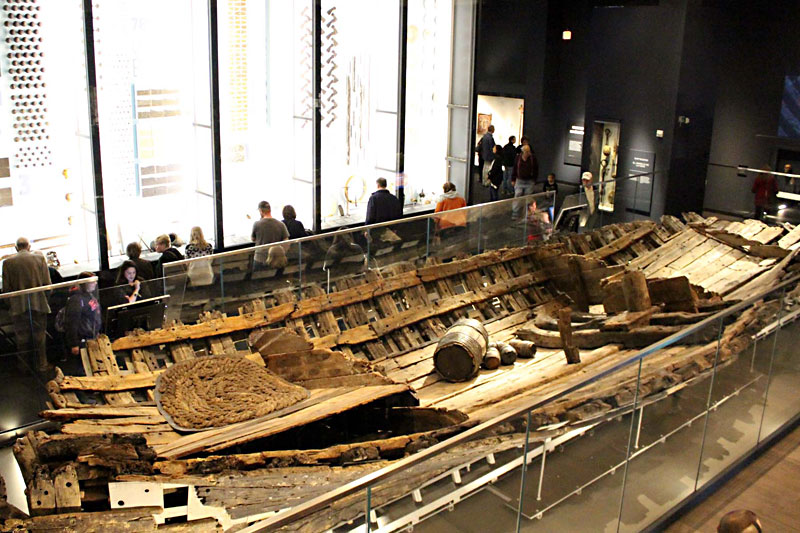 The remnants of the La Belle's hull recovered from the muddy floor of Matagorda Bay now in the Bullock History Museum in Austin.

Completed in 2013, La Petite Belle has starred in documentaries and reenactments. She can be seen through the fence at South Bay Marina in Palacios. Tours of the boat can be arranged through the City by the Sea Museum at 361/972-1148. Donations to the upkeep of La Petite Belle can be made at citybytheseamuseum.org or lapetitebelle.org.

1,552nd in a series. Follow “Day Trips & Beyond,” a travel blog, at austinchronicle.com/daily/travel. 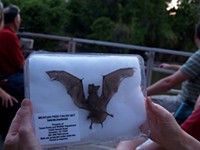