The Luv Doc: A Good Person 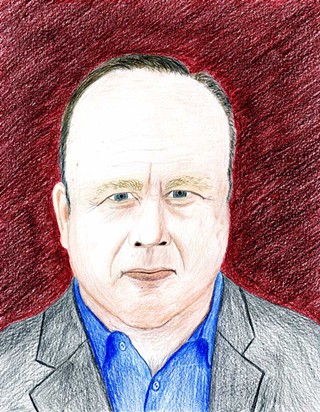 My boyfriend won't get vaccinated even though all of our friends have been vaccinated with little or no side effects. I have tried to reason with him, but he won't budge. He says that the government can't force him to inject something into his body. Especially something that hasn't really been thoroughly tested and that we don't know its long-term effects. He thinks the media and the CDC are lying to us about the effectiveness of the vaccines and that the whole vaccine effort is more about government control than it is about herd immunity. I have stopped arguing with him about it, but I am still embarrassed to admit to my friends and family that he refuses to get vaccinated. Now, with the CDC saying that vaccinated people don't have to wear masks, I am afraid he is going to stop wearing a mask, too. He is a good person in so many other ways, but I don't know if our relationship can survive this. Do you have any suggestions on how I can get him to change his mind?

First of all, tell your boyfriend he is mostly right about the government not being able to force him to inject something into his body. There are currently no laws that allow them to do so. However, I think we could all imagine an epidemic scenario where both the public and the government it elects feel that people not being vaccinated would pose a grave and unacceptable public health risk. You know, like some sort of zombie scenario.

If there were an airborne virus that killed you, reanimated your corpse, and gave you an irresistible hankering for human brains, I feel pretty certain that public sentiment would sway strongly toward demanding that Congress enact a law that would require everyone to get vaccinated against said virus. That's assuming a vaccination is created while there are still enough brain-owning members of Congress to pass such legislation. Remember: Not all zombies are slow. Remember World War Z? Those were some Usain Bolt fucking zombies. Regardless, you can rest assured that Alex Jones would immediately enlist Rudy Giuliani to sue the U.S. government for infringement of his rights, but only because neither of them have enough gray matter to attract a respectable zombie. Let's be honest: Alex Jones is pretty much the worst fucking advertisement for bone broth Madison Avenue illuminati could ever dream up. He looks like a Butterball turkey someone left too long to thaw in a microwave.

So yeah, the Achilles' heel of COVID-19 is that it's not deadly enough to get the attention of the real knuckle-draggers. I know, I know. Your boyfriend is basically a good person. So was Lennie in Of Mice and Men, but that doesn't absolve him of the responsibility for killing that puppy. Fortunately (or maybe unfortunately, depending on how you look at it), Lennie had George to look out for him. That can't be said of all Lennies. If it's true that half of all people are below average intelligence, then it's also true that half of those people are below the average intelligence of people who are below average intelligence. I am not saying they're all out there strangling puppies, but I think it's safe to say that a good number of them are hotboxing unsuspecting strangers with COVID virus. Current statistics show that 1 in 5 Americans refuse to get vaccinated. Hooray for the top 5% of the bottom 25%! Also, in related statistics, nearly 50% of Republicans say they won't get vaccinated. Make of that what you will.

Point is, when you're unable or unwilling to dig in and really do the research on the various COVID vaccines, it's easy to fall prey to the multitude of shade tree epidemiologists posting easy excuses in social media comments – or to go down a YouTube-algorithm rabbit hole of Bill Gates microchip mind control conspiracies. Whatever the excuse to not get vaccinated – and there are a few legitimate ones – only about one-third of 1% of the American population is truly qualified to make that call. Yes, I am talking about actual, degreed, licensed physicians. Have your boyfriend check with his – or yours, if he doesn't have one – and see if getting the COVID vaccine is a risk to his health. If he gets the green light and he still refuses, I don't think it's accurate to call him a good person, do you?